Baby, Have I Failed You? 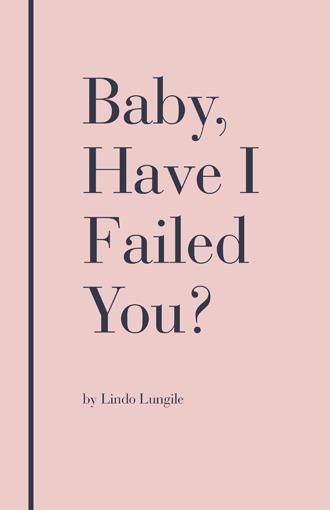 Giving birth is manageable 90% of the time but what about parenting? Is parenting manageable? Will there ever be a day when we can all say, as parents we are doing what is right by our children? I never looked at parenting in the way that I look at it until I moved here in the United Kingdom. I cannot help observing mothers walking with their children or travelling with their children in London Underground or overground if you like. I was having a supper with a friend and she was not herself, she looked upset so to say, I tried not to spoil the supper by asking questions in case I was the one who might have crossed her mind. I am another one without a filter, tee hee! I thought: ‘hold on, what have I said now!’ I was not the reason this time thanks goodness! When our supper was over, I thought I did not care much then as the supper was over. ‘Babes! What’s with the horse face? Is it something I said? I asked.’ She took a deep breath and she said not you, sweet fool! She told me that in the train that she took when traveling to our supper place, there was a woman who was travelling with her little girl. The little one was so rude, she spat at my friend’s arm and my friend looked at the mother expecting her to say something to her and her little girl. The little girl’s mother never said a thing, she pretended like she did not see what happened. My friend wiped her arm and told the little one to never do that again. The little girl started screaming hitting my friend with her back -pack. The little girl’s mother yelled: ‘What are you doing to my girl? She would not just hit you, you did something wrong to her’. My friend avoided the conflict and walked to another coach without saying a thing. My friend was so heartbroken and disappointed by the woman’s silly actions. I was silent the whole time when my friend was telling me what happened to her that evening in the train. I formed a mind scenario of what could have been going on in that train. My heart sank for my friend but most importantly my heart sank for the little girl. That made me wonder, what would the Social Service’s view be regarding this scenario. Who would they blame for the little girl’s disgusting behaviour? Or how would they have expected the mother to react to what her little girl did to my friend? On the 15th of August 2012 I was travelling to Heathrow Airport by train. There was a woman and her little boy and the boy was flinching every time the mother looked at him. He opened his small back- pack trying to get something out of it, oh, his mother went off her head! She shouting at the child in her language that I did not understand but I was observant enough to realise that she was expressing anger. The boy spoke English and he said: ‘Please mommy!’ but the woman pushed and pulled the boy. I could not bear to look at that and I felt so bad for the boy although I really did not know what the shouting was all about. I realised that I was not the only person who was taken aback by what was happening, but no one said a thing. The boy was sobbing and his mother started clapping the child and screaming at the same time. ‘Shut up and do not embarrass me in front of the people’. Embarrass! I thought, what a mentality she had! Who was embarrassing who? Again, I really am not sure of what the reaction of the Social Service would be, had they witnessed what I witnessed. It is very easy for me to have a broken heart over acts like this one as someone who had a very hard childhood. There is a case that most people in the UK and possibly in other countries people are aware of. It is the case of Venables, Jon Venables and Robert Thompson both 10 years old at the time they murdered a two-year-old James Bulger. I guess we will never guess what turned the two 10 years old boys into such horrific monsters. The devastation felt by James Bulger’s parents could not be imagined by anyone. What that Jon and Robert’s parents did or did not do that made both boys so horrible, horrible is the only word I can think of because the boys even tried to conceal the murder by putting the body of James on a railway track. This action of concealing proved that the boys knew what they were doing was wrong but they still did it.

‘Baby Have I Failed You?’ is the topic that most people can relate to. It talks about parenting and the outcomes of parenting in general. It is based on general parenting and the troubled individuals we all become following the parenting we had from our parents. The emotions we go through as children when we witness what happens to and with our parents. The question, ‘Baby have I failed you?’ is a question every parent should ask themselves. This book makes every parent to question their parenting to their children and encourages parents to speak to their children in a way that children can understand that becoming a monster is not the solution to healing from bad childhood experience. Without giving away too much, this book seeks to stop passing the bulk from one generation to another. It seeks to draw a line and own up to our own mistakes without putting a blame on our parents.

I was born in South Africa and in the 90’s the unemployment was at a high rate in South Africa. I was one of the lucky ones as I had a very good job but I left South Africa with my husband and our children due to some problems that were experienced by South Africans at the time particularly, those involved in Health Service. I travelled briefly settled in a number of European countries but the UK stole my heart. I finally settled in the UK with my only daughter who was brought up and educated in the UK. I studied to a University level in South Africa and UK, and I did different jobs in different countries and every single job I have done, I enjoyed and I did it to the best of my ability. I always enjoyed writing books but I never published any until now. I have pages all over in my house where I wrote about one thing or another. ‘Baby Have I Failed You’ is the very first book that I ever felt the need to publish. As a person who always did and still doing different jobs and get involved in different projects, I suddenly decided to pay more attention on writing books. I went through a lot for the last four years of my life and I found that writing books is the most therapeutic of any activity I ever got involved in. ‘Baby have I failed you?’ has some parts where I talk about my childhood, my two declined marriages. That on its own is very much healing for me as I get to speak about my life journey.