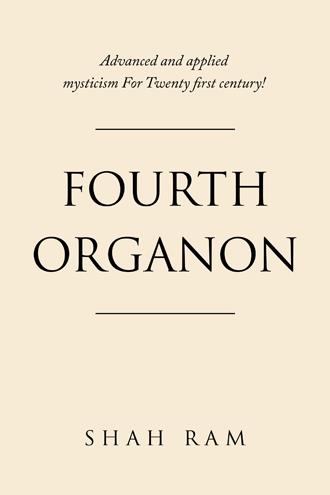 To answer all these questions and many other, and to change life on earth planet from an aimless machinery one to a useful, celestial and energetic one, we should pass two phases. First, reaching a state called Self-realization, which means to find, feel and internalize, what we really are, and what is left of us after death. Second, reaching God-realization that means, to find deeply what God is and what is going on when we are out of our capsule. In all of the ancient books and sects of spiritualism, Sufism, Monism, Buddhism and other mysticism, in all of these long years of human history it was insisted that this earthy creation is defective and poisonous and somewhere else or in some other dimensions a very perfect state of creation exists. Rumi said:”This world is a prison and we are the prisoner, dig the wall and free yourself my disciple”! But now after all this long way we, as spiritual men of the 21th century who possess all the knowledge of the ancient life, proclaim that: This Terrestrial creation is the Best or at least, one of the best option of creation! So…, what is the purpose of mysticism? The only point here is that; we believe, this creation can be much better and human beings have much more potentialities than this. They can reach to levels to see the future and live without distractions, fears, hate or anger since they would be able to communicate and ask everything by telepathy, project their love to their lover without fear of rejection, taste a rare delicious fruit in far over the ocean by astral projection, live without the fear of death and so on. We are trying to prepare the situation for existence of super- human beings (in next 200 years) that naturally are clairvoyant. By following the comments that are mentioned in this book, and by taking a look at the reference books, and of course by doing the exercises with deep understanding, you will find the path, and by staying on it will become a man of God(MOG) before you reach death bardo. We have found that the life time for contemporary human beings is not enough to reach him/her a sufficient knowledge to let him live happy in earthy life and further prepare him a reliable after death life (which in most of the cases do not exists at all). Every human being when enters to this world is kept for 6 years in home then is released to receive a huge mass of wrong educations from schools and other people, and before finding the outcomes of self-love and lack of conscience, get old and dies. We have found that in contrary to some ancient beliefs, Reincarnation Don’t happens Frequently nowadays. Everybody dies and his consciousness and memory package dissolves in universal or collective consciousness. Or, at best, only a few amount of memories is transferred to next life. In this book we try to familiarize you with advanced mysticism and teach how one can increase the probability of full and conscious (real) reincarnation. Universe is made of three things: mater, energy and consciousness. Though mater is a compacted pocket of energy, consciousness or knowledge is not a diluted mater or a high vibration of energy. It Is Something Quite Different. Ponder on this and don’t forget it. In the path to higher state/s of consciousness which some call spiritualism some call it Gnosis and we call Mysticism, there are two branches that a seeker should become expert in: 1- Theoretical knowledge 2- Practical mysticism In the first, your intellectual part/s will be uploaded with knowledge that had been discovered by previous masters up to know ( since you shouldn’t – and don’t have time to - invent the wheel form its beginning!). These knowledge has different names like Tantra, Alchemy, Kabala, Dezogchen, 4th way and etc. A seeker(Rahro ) should have at least a thourogh knowledge of all of these from Japans’ and Chinese to Indian, Persian, Egyptian, American and Mexican mystic arts (the books in preface will help you to find the best contexts). The 2nd branch consists of all the exercises that a seeker should do practically during the path. Here lies a very, very, important point! Every human being ( as will be mentioned later) has at least 3 bodies( the whole collection of similar experiences are called” Body”): Physical, emotional, and mental. See me carefully what I say!... About 99.999 % of human forms don’t have walled of and well defined emotional and mental bodies. They have something, but it is vague and labile, and never will survive/stay after death. There will be no soul for them after death and if, only for few days. Most of the previous masters are from 0.001% of people whom had those bodies formed- accidentally or through their last period of living. But…, what about you as the seeker/rahro?

In last few centuries and especially the twentieth century, hundreds of Middle Eastern, Indian, Chinese, Persian, and American theosophists claimed that they can guide their followers to self- and god realization. But though many of them were of some use and each added a color to the great picture of mysticism on earth, we should know that the whole painting is different from each color alone. In this book, we mention the existing total knowledge of mysticism that are gathered from Persian, Tibetan, Indian, Mexican and Jewish ancient books to add the final color or real story to it.

The writer was a scientist, theoretical physicist, PhD of medicine and orthopedic surgeon, but now found that all these titles are nothing but funny sobriquet-s! Anyhow, after visiting a strange patient he become conscious about something vast and different, and deduced his recent decades of life to discover it....