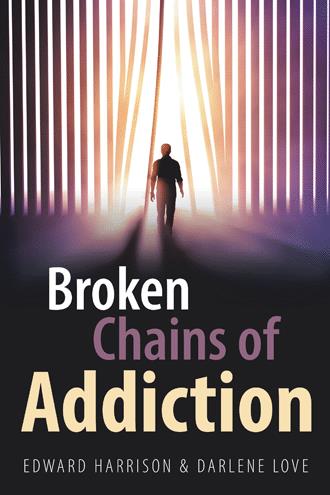 Ahava’s Story. I was born 11/25/1959 on Thanksgiving Day. My mother was 20 years old when I was born. I was the second child; my older sibling was still born. My father is still unknown. There were three men who could have possibly been my father. To say I was a cherished child would be a little stretch of the imagination. My earliest memory of my mother was her putting me in a crib with my two younger siblings, so she could start drinking with her friend, before leaving us with an old man babysitter that liked to fondle little children. My mother was a professional user of men; she frequently had sex with men for drinks at the bar. She wasn’t a prostitute that I know of; she just got drinks and had babies. Once when I was very young, I remember a time when my mother was pregnant for my younger sister, there was an orange can in the living room. I thought it was soda and when I spilled the can it rolled over the carpet and set the house on fire. The house was burned to the ground. I was left in the house, while the adults went outside. They were outside when I was rescued, by the fire department. The can was full of gasoline and when I knocked it over it splashed into the fire and they had left me to die. My mother was at that time married to a man, my first stepfather that was very physically abusive. He beat my head against the ground and when I was a toddler, causing me to be blind in my left eye. He was sent to prison, and my mom gave birth to my younger sister, but very quickly was pregnant again. Still no one knows for sure who the fathers are. When I was about four years old after my mother had given birth to my second sibling, she packed all three of us up, went into the welfare office. She set us down in the lobby and pinned a note to my chest. The note said my name is Ahava. She put the baby on my lap, set my sister beside me and she left. We were separated, my second sibling, a boy was just two-weeks old. My sister was about 1 year old, and I 4, nearly 5 years old. I don’t know where my brother was sent, my sister was sent to three different foster homes. I went to three different foster homes until my sister and I were reunited in a foster home. I remember we had to eat beans for breakfast, lunch, and dinner, because beans were cheap, and there were several children in the home. We were made to set outside all day and if we peed on ourselves we got lashings on our backs. I didn’t get too many lashings, but my poor sister was not so lucky. Sexual abuse in the foster homes was a normal thing. In one of the homes the parent’s older son was an abuser, and the other one was a fella that helped around the house with fixing things and yard work. I was a woman at six years old. Nothing was ever said, first it was a normal thing that started happening so early, and it was all taboo and no one talked about it. This was the sixties and most people back then were completely different from today’s society. One of the worst things that I remember happening to me was a doll I had was stolen by one of the foster parent’s children. I had saved this doll through most of my homes and it was the last thing I had from my mother’s home. It’s funny the things that stick out over all the bad things that happened to me over my whole life. It was about eighteen months before I finally got to see my grandmother. They brought us all to the courthouse. My grandmother, my mother, my aunt and my stepfather were all there. When they opened the door and I see my stepfather I screamed and started pulling my hair out. The reason for this is I remember him telling my mother that either she kept us, or she kept him. I was eaves dropping and overheard the conversation between him and my mother the day before she dropped us off at the welfare office. My mother left us at the welfare office for a man. They ended up having three more children. When I was six years old I was adopted by my grandparents, my mother’s parents and raised as my mother’s sister. This caused strife with the children as we all grew up together. I was ridiculed for being sister-aunt and treated as a lesser child. My grandfather, now my father, was a hardworking alcoholic man. He was a mean drunk, he wasn’t really mean to me, he cut my hair once, but he was mean to my sister. He was very abusive while he was drunk; I thought for years that abuse wasn’t abuse, if the abuser was drunk. My grandmother had mental issues and was very verbally abusive. She would call me a whore and my mothers’ daughter. She treated me horribly until I was about nine years old. She was mean to us because she didn’t like her daughter, my mother, and they didn’t get along at all.

This book is about six personal life events. These six people have a lifetime of addiction problems and have all achieved sobriety and rescued their lives. Most began hard drug and alcohol use before age ten. These people have been abused and have abused themselves. These people have pulled themselves from the brink of death and have overcome unmentionable obstacles to become not just good people but to also give back to the communities they once destroyed. The men and women whose lives are in these pages have not only been to hell, many fought against themselves to stay at the same time seeing no way out. Methamphetamine, crack cocaine, alcohol, heroin, self-harm, and abuse in every form you can imagine, these young people have fought against the odds to overcome death and destruction to build hope and freedom for themselves and others. The events in this book are true events, and the people in this book represent real people alive today and free from drugs. They have rebuilt their lives from nothing to become well-respected members of communities. All work in recovery programs that help others still suffering from addiction, abuse, and homelessness.

The authors were born just a few days apart in 1979. They attended high school together but were not friends. Their lives have been parallel often living within a few streets of each other without meeting until Darlene reached out through social media in late 2018. They are both in recovery from drug addiction, Darlene with nearly 18 years clean from Methamphetamine and crack cocaine and has earned a doctorate in Christian Counseling. Edward Harrison is pursuing a degree in counseling while working as a Recovery Peer Support Specialist. They are working together with the local communities to start an outreach named The High You Can’t Buy geared toward helping people learn how to live without drugs and alcohol, to overcome homelessness and find happiness.