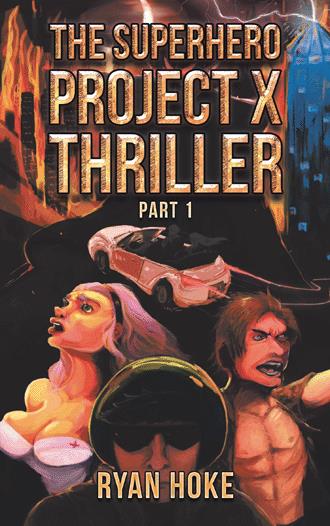 I set the mysterious gift down on the dining room table. Sara, “Oh I didn’t know it was your bday Mike…” I give Sara a look, “It’s not my birthday Sara, that freak made me take it!” Sara asks, “Well what is it?” “Not sure, maybe it’s a bomb.” Sara questions, “What should we do?” “Step back!” “Your not going to open it are you!?, Sara blisters out! Mike hypnotized by the gift, his curiosity intangles with the precious red packaging. So much running through his mine. “It could be deadly, but I don’t think that this is an attempt to kill us or anything like that.” “What are you talking about Mike these are the same guys that killed Chuck!” “Yeah, and tried to kill us to at the hospital, there monsters!” “What makes you think that it’s safe to open it?” “I just have a feeling…” “Whoah dude, I’m not down with your filling bro!”, Doug added. The sun hits the package and they all three lean in. Surrounding it now like vulchers as the light reflects up into there curious faces. The light bounces back and forth putting twinkles in their eyes. They lean even closer. Sara looks at Mike, there face to face... The room is so quiet you could drop a needle and it would sound like an earthquake at this point Sara, “Let’s do it, I trust your call.” Mike, “What if we don’t survive” Sara, “There’s only one way to find out.” Doug, “I’ll be honest I really don’t want you to open it but you might be right, there could be something special in there like a key or a clue or something dude.. but..ok, I’m with you guys crack that baby open and see what we get!” Mike looks back at Sara Sara gives a suddenly, yes nod. Mike nods back and takes a deep breath then reaches for the edge of the little red ribbon. His hand steady shaking slowly as he gets a good grip on it with his fingertips, Slowly pulling the ribbon. The knot starts to unfold then he stops, Sara snaps, “What are you doing, why did you stop?” Mike hesitates, “I just needed to catch my breath..” “Just a lot of thing running through my mind right now.” “Mike!”, Sara gives him a scowl and a nudge. “Ok, ok, this is it...this is it here we go….” As Mike pulls more, he receives visions, flashes of pain, hurt and suffering run through his mind... A kid tide up crying, A man gritting his teeth, Parade balloons flying through the air…. A strange old man laughing a crazy evil laugh. The sun and the moon rising and setting as the wind blows through tall grass and he sees a barn in the background, Mike collapse... “Mike”, Sara gasps with a worried cry as Mike’s body lays out limp on the dining room floor. The little red box still sitting on the table with the ribbon removed but the lid still on it. Doug advises, “He’s ok hes still breathing, maybe he collapsed from the pressure!” Sara nodding her head looks back at the redbox, rage filled her body as she clinches her fist and her brow lowered. In a fury she grabs the box and pulls the lid right off! A beam of bright light shots out of the box shattering windows and mirrors! In the kitchen Grandma covers her ears in fright. Sara drops the box but it doesn’t fall to the table. Instead it stays in the air floating above the table gently spinning in a clockwise motion, rising higher and higher as it spins. Slowly the box drifts back down to the table as three rubes emerge out of the box.

The Superhero Project X Thriller is a coming to age action adventure story set in a parallel universe that is much like our own. A fascinating magical story about good versus evil. Friendship and a coming together of people is the underlying theme. The characters develop understanding, solving differences while being forced unbeknownst to them in many drastic unfortunate predicaments. Learning to put aside all these differences to fight a common goal is what their up against. The story tackles bravery,heart and determination that all Superheroes must face, along with protecting the ever present delicate love that they have of their families, friends, and their home city where they live.

RYAN HOKE, (aka: Ryan Hochgesang) Is a determined American author That has had a recent creative explosion. After having many different careers and traveling the world. Ryan has settled down in the small but busy town of Lake Elsinore, Ca Where he makes time to write out all of his fantastic newly found stories to share with the world.