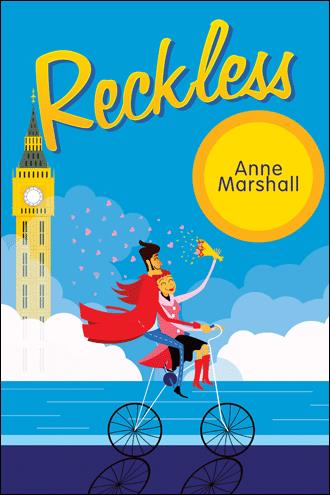 When two very different middle-aged people connect unexpectedly their lives are changed forever. Maddy is confidently reckless in her approach to life; Sebastian is staid and rather proper. Where Maddy is warm and free-spirited; Sebastian is reserved and formal…..both are moving at different speeds, seemingly content with their life choices….is it possible for opposites to attract?

Travel with Maddy as she embraces London, new friends, relationships, and adventures with a cast of lovable characters…..proving that old fashioned romance and a midlife crisis can make you stronger.

Reckless is the first book by author Anne Marshall. She writes about a modern, mature woman with a past, trying to balance companionship and romance without sacrificing her spirit. You’ll laugh, cry, shake your head and cheer for Maddy as she steals your heart and dares you to live your life with wonder. A perfect read for the beach or the bathtub - don’t forget the cocktails.

Lose yourself in Maddy’s world….and just for a moment, be reckless!