A Little Peace at A Time 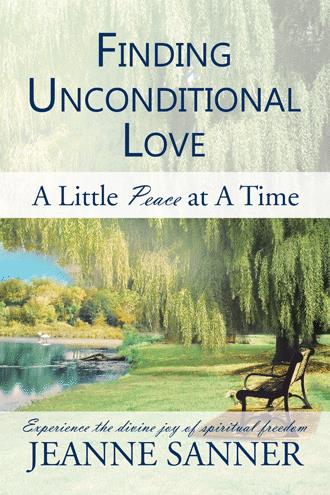 Unconditional love is what everyone wants but so few find. In Finding Unconditional Love a Little Peace at a Time, Jeanne Sanner uses humor, raw honesty, fascinating stories, and insightful reflections to take readers on a treasure hunt to find their own source of unconditional love as she shares ways to surmount the challenges that are sure to come their way. From her own life experiences, Sanner delivers an inspiring and powerful pathway out of the emotional quagmire created by abuse, suicidal thoughts, shame, hopelessness, and self-hatred into a life free from fear and pain. Sanner guides readers to spiritual solutions to earthly problems, and it validates that magnificent joy is possible! She provides readers hope for those in despair, inspires courage for those in fear, and brings joy to the hearts of all who love a story of triumph. Her startling honesty is breathtaking, her courage is motivating, and her stalwart resilience is inspiring. Go on this treasure hunt with Jeanne to find the greatest treasure of your life—tremendous joy, divine love, and profound peace.

Jeanne Sanner has a doctorate in Spiritual Studies, a master’s in Education, and a bachelor’s in Psychology, and yet none of these degrees define her as much as her determination to live a life of unconditional love and her desire to help others experience the peace, the joy, the love, and the spiritual freedom that she has. She conducts classes in A Course in Miracles, is the founder of SOUL (Students of Unconditional Love), and is sought-after speaker.