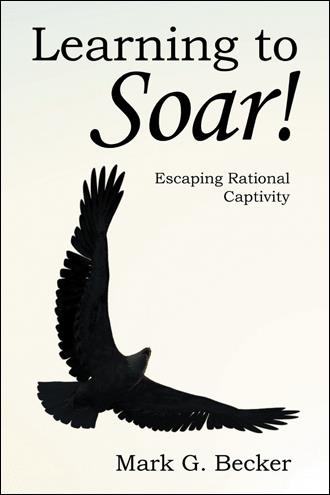 On soaring . . .
A soaring bird is free to travel in any direction, simply by using tiny muscles to adjust the shapes of its wings and tail in relation to moving air. It’s not working against gravity. It’s dancing lightly with air. If you want the freedom of being able to fly as high and go as far as you wish, in any direction, at any time, almost effortlessly, and if you want your life to feel like soaring, then this book is for you.

This book does NOT ask you to:
• Follow step-by-step instructions for reaching any particular destination
• “Believe in” any kind of gods, healing entities, transcendent spirits, or parallel dimensions
• Chant endlessly, repeat mantras, or recite affirmations
• Change your diet, get more exercise, meditate, or schedule times for regular practice.

The approach is imminently right-here, right-now, let’s-do-this practical. It’s a functional response to the circumstances in which you’ve always been immersed. It’s based on what you’ll discover for yourself if you stop and take a good hard look at what goes on in your own mind.

This book is a smorgasbord of observations, insights, ideas, and helpful ways of thinking about how to soar. It includes many suggestions, with appropriate illustrative examples and stories, but leaves you free to choose your own path.

It’s primarily intended as a resource for your totally personal journey to wherever you want your life to go. It’s about helping you learn to soar in your own life.

Mark Becker has always been searching for the most extreme possible experiences of fulfillment and freedom. He has . . .
• completed classes at 4 community colleges and 5 major universities, earning both a B.A. and an M.A.
• spent time in 5 different intentional communities
• spent several years driving 18-wheelers all over the continental US
• consulted professionally for nearly 20 years, designing and running projects to improve organizational effectiveness
He is currently retired and living with his partner Victoria in the mountains of southwestern Virginia.