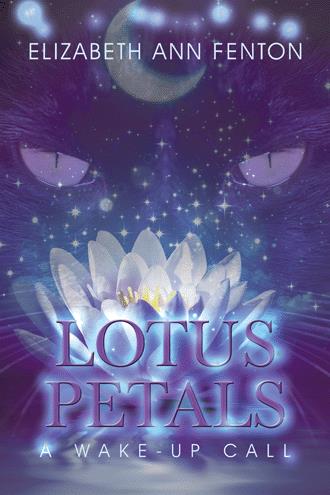 “Can I come in?”
Davis recognizes the voice of a teenage girl who lives in the house next door. He remains silent. She continues to pound on the door. “Davis, I’ve seen you go into that bungalow with supplies. I know what it is.” She pauses and waits for a reply. When she doesn’t get one, she pleads one last time. “I got the text to take cover. I didn’t know where else to go. Please, let me in.”
“There isn’t much time,” he shouts back. “You need to get with your mother.”
“My mom went to the Big Island this morning. I don’t want to be alone,” she responds.
Well, I do, Davis thinks, but he isn’t quite shameless enough to say it. Davis looks at his watch. There are only a few minutes before the missile might hit. He takes a deep breath, picks Merlin up to make sure he doesn’t bolt, and quickly pushes the girl into the room.
“Look, I don’t want to be locked in this room with you any more than you want me here, but I also don’t want to die alone,” the girl says, feeling his anxiety.
Davis looks at the young girl. She is holding a five-gallon jug of water and carrying a large backpack.
“Don’t worry. I brought my supplies,” she says matter-of-factly.
Davis is indeed worried about his supplies, which he calculated precisely for himself and his cat. “Oh, well, that will be helpful.” Davis pauses, realizing that he doesn’t remember her name.
“My name is Lotus,” the young girl states as though reading his mind. She looks around the room and notices all the details Davis has included. It reminds her of one of those tiny homes she has seen on TV.
“I know your name,” Davis lies.
“Yeah, sure,” Lotus says, releasing a camping pad from her knapsack. She rolls it out and sits cross-legged, with her hands on her knees, palms up. Lotus is quiet and appears to be meditating when she asks Davis, “Do you mind if I chant for a bit?”
Merlin jumps into her lap and starts purring. Yes, please chant, Merlin thinks. He wants to jump timelines. Davis is about to object but suddenly feels very calm, which is unusual considering the impending disaster. Nervously, he looks at his watch again. Moments later, what sounds like a big shotgun confirms the missile has hit land. The cot he is sitting on starts shaking. He immediately looks over at Lotus and the cat. But both remain still, their eyes closed. Lotus is singing a soft, rhythmic chant.
There is an eeriness to the silence that follows the loud crack of the explosion. How close was it? he wonders. He lives in Diamond Head, far enough from downtown Honolulu but still within range of fallout. Davis realizes with dismay that they are under nuclear attack. At least it hasn’t landed close enough to obliterate the bunker, Davis thinks with some relief. His ears are ringing, and he feels nauseated, although he imagines that is from the sheer terror of it all. He looks over again at Lotus.
“I can’t believe this is happening,” Lotus says, finally opening her eyes.
“How do you feel?” Davis asks, perplexed by her calm demeanor during a catastrophe.
“I am okay, but I feel a little woozy.” Lotus digs around in her knapsack and pulls out a small bottle. She puts a few drops from it into her water glass. She drinks half and then hands it over to Davis. “Potassium iodine,” she informs him. “It supposedly blocks radiation.”
“Thank you. I have some pills.” Davis opens a desk drawer and pulls out his supply. “I thought I was the survivalist. Why do you have iodine?” Davis asks, surprised.
“I learned about it from my godmother after the Fukushima accident,” Lotus tells Davis. “I am surprised that Angela didn’t stop by the house to check on me. I turned eighteen last month. My mother has never left me alone for the weekend.”
“And already you’re shacking up with an older man,” Davis teases her.
“Wow, you have a sense of humor.”
“Not really. I am just nervous.” He rubs the back of his neck and adds, “I didn’t mean like we were shacking up.”
“I get it. Don’t worry. And I wasn’t telling you I am eighteen so that you would think I am old enough.” “I didn’t even think that,” Davis says, his face flushing.
Lotus notices his embarrassment and switches the subject to more pressing issues. “Do you have a TV or a radio? My cell phone is dead. I want to find out what is happening.”
“I don’t have a TV, but I have a radio. I am quite anxious to know what is happening as well.” Tuning to a news broadcast, they learn that North Korea fired three missiles. One hit in downtown Honolulu, killing thousands of people. The announcer advises any survivors in the vicinity to stay where they are.
“Oh, I am not going anywhere,” Davis says to the radio. “I need some helpful information! What is happening next? Why would Kim Jong-un strike the United States first?” Davis says, still talking to the radio.
“Who is Kim Jong-un?”
“Are you serious? You don’t know who he is?” Davis asks the teenager in a judgmental tone.
“I’m guessing he is the leader of North Korea,” Lotus answers, unruffled.
“Good guess,” Davis says, shaking his head. “Didn’t you hear about the missile testing he was doing or the threats?”
“I heard about the missile testing, and I was worried about how it is polluting the ocean, which is still getting dumped on by Fukushima.”
Well, you should be worried.” Davis switches the dial, trying to find another update. “This is the beginning of the end,” he says with a dismal tone of finality.

Take a multidimensional journey along three timelines of reality. All three realities intersect at a catalyst event when an official emergency broadcast message is sent by text to alert the people of Hawaii of the imminent threat of an inbound nuclear missile. There is some overlap of the story within the three realities, but this overlap is presented to provide more than one perspective on the characters to explain how, in every moment, infinite possibility is available to the soul and soul family that seeks union with God and sovereignty of spirit. The story begins just before the weapon strikes down in Honolulu. Davis, a middle-aged survivalist, begrudgingly allows Lotus, a teenager who lives next door to him, to share his tiny concrete bunker with him and his black cat, Merlin. Davis and Lotus make unlikely roommates—one believing that the world is ending, while the other espouses the dawning of a new era of peace. They tolerate each other curiously while the house cat, Merlin, brings magic into the bunker. Merlin is the conduit linking Davis’s and Lotus’s family together through psychic connection and the ability to trilocate into three timelines. This uplifting story of hope for humanity asks us to rise above the muck of broken families and nuclear threat to cocreate an era of peace.

Elizabeth Ann Fenton currently resides in Hawaii on the Big Island with her dog Taz, cats Merlin and Toby and a parrot named Bella. Elizabeth is a certified yoga teacher, Reiki master teacher, licensed massage therapist and certified Star Magic™ facilitator. Elizabeth experienced a dramatic shift in the Earth and her personal life after a 6.9 earthquake that was followed by thousands of smaller aftershocks and a volcanic eruption of Kilauea, just down the road from her forest home. Elizabeth has a Bachelor of Arts degree from Hampshire College in Amherst, Massachusetts where she first learned the art of writing fiction and poetry. Lotus Petals is Elizabeth’s second novel and the first of a trilogy.