My profound encounters with God, and the remarkable truth of our existence. 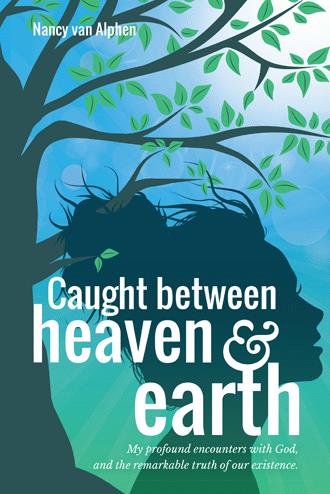 Just when you think you’ve got it made … boom! Something happens to turn your world upside down. Life for me had never been better. Years of hard work and long hours were winding down. I’d spent much of my life in corporate jobs that measured worth in overtime hours—how much of your life you were willing to sacrifice. Leave work at five o’clock in the evening? Don’t make me laugh. That would only get sideways glances and sarcastic questions feigning concern like, “Is your daughter sick?” To which I would furrow my brows and lie, “Yes, she came home early from school today,” hoping for sympathy. Those kind of jobs. By the time my daughter Bailey entered her junior year in high school, I had already taken the exit ramp out of the corporate rat race. The plan was to spend more time together before she graduated. I’d worked her entire life, going back to the office after less than three months of maternity leave. I often had “mom guilt” and dreamed of unencumbered, carefree days with her. Thanks to Eric—my wonderful and always supportive husband—I was finally able to do that, launching out on my own as a marketing consultant and dictating my own hours. Eric was doing exceptionally well at his job, so for the first time since I was fourteen years old, I didn’t have to work. I chose to start my business because … well, hard work is all I’ve ever known. Besides, I couldn’t leave Eric forging the way alone for the entire family. I would have felt too guilty. Still, it was a great gig. I provided services for only clients who truly valued my work, albeit most of them seemed to have limited budgets. I guess there’s a correlation, but I didn’t care because I was happy. Eric was happy that I was happy. Bailey was happy that I was happy. So we were all just three happy peas in a pod. I was fulfilled and enjoying life—and certainly not looking to upend that. Spending quality mother-daughter time with Bailey didn’t work out as I’d dreamed, though. She was a teenager and preferred being with friends and the dreaded boyfriend, who stepped into the picture at just the wrong moment. She also had schoolwork, her part-time job at a pizza parlor, college entrance exams, and admissions tasks with which to contend. What little free time was left she spent in her room with her guitar and a headful of teenage angst lyrics, hammering out new songs. I realized I was too late. I backed off and stole moments when I could. At least I could attend school functions without begging for time off from work. When not stealing moments with Bailey I focused on my marketing projects, but kept them to a minimum. I was having too much fun enjoying the previously elusive life of leisure, and I wanted it to last. I had freedom, I had nice clients, the bills were paid … heck, we’d even started saving for retirement. I browsed the mall again for no particular reason—something I had not done since a teenager—and I bought stuff! I bought new-fangled kitchen gadgets and experimented with recipes. Eric bought me a hammock swing, and I swayed myself to sleep on the porch in the middle of the day reading the latest New York Times bestsellers and fluff magazines. Sometimes I slept in and went the entire day without makeup or changing out of my pajamas. There were times I felt guilty for enjoying such freedom when just about everyone else I knew was still laboring away. I didn’t let that thought consume me, though, because I knew such a luxury couldn’t last; nothing ever does. So I relished every minute, certain we would hit a bump in the road and I’d have to get back to the old grindstone. That bump turned out to be more like a giant mountain dropped unexpectedly smack dab in the middle of my comfy life. But it wasn’t a financial hurdle. As I would soon discover, that mountain detoured me onto a beautiful new path of spirituality and communion with God that’s changed my life forever. It was mid-May 2012, just as dusk swept the sun below the living room window. I was home alone winding down from a busy Saturday doing errands. Lying on the couch, I perused miscellaneous articles and media on my iPad as I often did: the news of the day, followed by a link to a recipe, followed by a link to heart-healthy living advice, followed by a link to a story about a boy—a teenage boy who had recently died from a terminal heart condition known as hypertrophic cardiomyopathy (HCM). It was described as a stiffening of the walls of the heart, causing valve and blood flow abnormalities. ... (preview jumps) Something about Ben caught me off guard, though. I felt a lump in my throat and couldn’t fend off tears as I watched the first of the two-part video he’d made. When it was over, I laid my iPad on the couch and headed to the kitchen for a glass of water. ... My sadness morphed into anger and I began yelling and shaking my fists at God, whom I’d never fully acknowledged as being real. “Why do people have to suffer like this?” I asked through gritted teeth. “I just don’t get why people have to suffer,” I yelled accusingly. I made my way to the other side of the island and rested my torso on the cold granite, my face buried in my folded arms. “Suffering is bullshit!” I pounded my fist on the counter. “Nobody should have to ….” A loud knock on the front door startled me.

An Incredible True Story of Awakening

In Caught Between Heaven & Earth, Nancy van Alphen takes us on her unexpected spiritual journey that changed her from agnostic to believer. A humorous peak into her childhood, during which she had but a mere smattering of religion, paints the picture of an ordinary girl living an ordinary life. As a teen she concluded God was unprovable and never looked back—until God decided He wasn't content being a mere possibility. Alone one night, Nancy happened upon a video of a young man given little time to live. Heartfelt compassion morphed into anger as she raised her fists and railed about suffering to a God in whom she didn't really believe. To her utter amazement, God responded. Thus begins her journey in which she traverses a surreal chasm between doubt and belief, caught between Heaven and Earth, as she struggles to understand messages she was given about suffering, reincarnation—including her own—and humanity's true identity. With a sprinkling of light-hearted family anecdotes, Nancy recalls her progressively more profound experiences within the context of earthly reality. Interactions with God, Jesus and angels chip away at her agnosticism, until one day something so amazing happens it obliterates all traces of doubt. Between scenes, Nancy looks at various religious traditions and present day near-death experiences, uncovering information supporting what she was told by Divine source, helping her round out her new picture of reality. Her conclusion presents four habits of LOVE by which to live to foster evolution of one’s soul, as well as the spiritual evolution of humanity.

Praise for Caught Between Heaven & Earth:

"I am proud of Nancy for her courage in sharing her story with us that we might find light in it! It is valuable that she is open and sharing of her reproachment to God. Nancy went in as an agnostic and exited as a full-on believer. Kudos to Nancy for her persistence in continuing the work, in having courage and resilience, and in doing it in a world too often filled with darkness. What a lesson for the rest of us!"

- Dr. Doris Eliana Cohen, PhD Repetition and Dreaming on Both Sides of the Brain

"Nancy van Alphen takes you by the hand and ushers you into her mind and then into her heart where you experience her intimate and breathtaking journey from agnosticism to spirituality. Her authentic report begins with angels at her door. That day marked the beginning of her transformation which she describes in honest detail. Hers is a journey similar in its mystical nature to that which I and countless others have experienced in this time of rising awareness. The truths that unfold to Nancy in surprising, even astonishing ways will resonate in the heart of experiencers and non-experiencers alike."

Nancy van Alphen’s unexpected Divine encounters propelled her from agnostic to full-time activist in humanity’s spiritual awakening. Semi-retired, she is a volunteer with the International Association for Near-Death Studies (IANDS) and facilitates an IANDS Philadelphia group. She has been a long-time hospice volunteer and has been a big sister in the Big Brothers/Big Sisters program. Nancy received a bachelor’s degree in anthropology from Oberlin College, and an associate’s degree in journalism from Lorain County Community College, where she served as newspaper editor for two years. Later, she worked as a copy editor for the regional daily newspaper, The Chronicle Telegram. Nancy grew up in a middle class family in rural-suburban northeast Ohio. Currently, she and husband Eric, a native of The Netherlands, live in southern New Jersey (or South Jersey​ as the locals call it), minutes outside of Philadelphia. With children on both sides of the pond, and a husband who travels extensively, she manages her life around time zones and flight schedules. Her step-children, Jasper and Danique, reside in The Netherlands. Danique provided cover art for Caught Between Heaven & Earth. Bailey, Nancy’s daughter, resides in Ohio and recently graduated from The Ohio State University. A seasoned traveler, Nancy has visited Jerusalem and Ireland, both significant to her spiritual journey. She has also visited Paris, Rome, London, Bangkok, Amsterdam, and a host of other locations throughout the U.S. and Europe. Her hobbies include travel, reading, snorkeling, cooking, and exploration of all things spiritual.