Transforming Adversity into Opportunity and Excellence 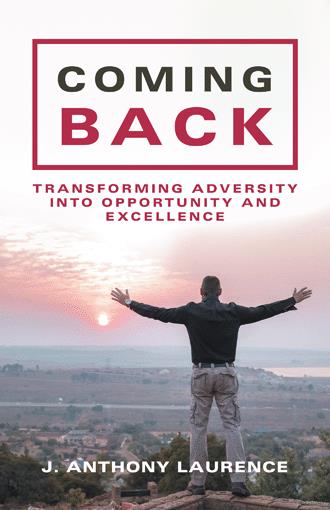 A while ago I took a group of high school kids on an adventure camp. It was quite a large group, about a hundred teenagers. We had to transport the kids 800 kilometers to the campsite at the coast. As always, the energy of the kids on the busses were electric and they were filled with anticipation as we took on the nine-hour trip. In that group was one girl that came from a very underprivileged background. For the purposes of this book, I will call her, Hope. At that stage she was in foster care and we were excited to be able to take her with us. The purpose of the camp was to get kids out of their comfort zones and to help them to gain self-confidence and discover their potential. This was done by introducing them to nature and challenging them in ways they were not used to. On the first morning at our team meeting I told the instructors that we were going to start of slowly. We will give each child a mountain bike and go for a ride in the hills. The kids loved cycling as it was an opportunity to get out in the fresh air and up into the hills. From there we also had some spectacular views of the Indian Ocean. As the kids and instructors rode out in small groups, Hope was standing next to me. She looked anxious and very unsure of herself. She gazed at me and then in a soft voice said; “I don’t know how to ride a bike. I’ve never had a bike”. I just smiled and told her that it`s not a problem and that I will help her. I explained that I will put her on a bike and give her a push so that she can find her balance. She could use the huge open field in front of us to practice. As soon as she was ready, I would ride with her. I helped her onto the bike, gave her a push and off she went. I was confident that she would find her balance fast in the safe and hazard free environment. There was only one tree and it was on the other side of the field. She was cautiously keeping her balance and not falling off the bike, however… The further she went the more she was steering towards that tree. At first, I told myself it was impossible for her to hit the tree, it was too far, and the field was too big. I could not believe my eyes when she and the bike eventually went straight into the tree. It seemed so unreal and yet it happened right in front of my eyes. Luckily, she was riding at a snail’s pace and the collision was more of a bump than a crash. She fell of the bike and was sitting on the ground waiting for me to arrive. As I walked up to her I was thinking about the similarities between this incident and life. Many times, in life, we lack confidence and the only thing we are sure of, is failure. We then aim for failure because it is a predictable result, takes minimum effort and we don’t have to leave our comfort zones. When I got to her I helped her up, dusted her of and put her back on the bike. Off we went, and we had an enjoyable morning in the hills. The next five days we spend a lot of time with her, working on her self-confidence. After five days I took her to a gorge and we stood at the top of a rock-face, about the height of a thirty-story building. As we stood there gazing into the distance, I told her she was going down the rock-face to the bottom of the gorge. For a moment she looked at me expressionless and then she turned around and without saying a word she put on her harness and safety gear. I clipped her onto the lines and down she went, no questions asked. Minutes later she was standing at the bottom of that gorge. The girl that collided with the tree five days earlier and the girl standing at the bottom of the gorge were two different people, with two different futures, five days apart. What happened? She realized that anything and everything is possible. She started to believe in herself and her unlimited potential. She discovered her adventurous heart and her explorer soul. If Hope accomplished so much in five days, what can you accomplish in a lifetime? This was a breakthrough moment in my life and I use this moment to inspire me when I want to chase things that seem impossible. T he deeper your gorge, the higher your rock-face, the greater your victory will be. My prayer is that this book will inspire you right where you are, in the midst of your storm. Inspire you to build an extraordinary life with the unlimited potential that Christ has given you.

At some point everybody goes through adversity and we are forced to face situations that we are not prepared for. These are the times that define us, the times when we are writing our own legacy. J. A. Laurence wrote; Coming Back, to inspire you to Rise after adversity and become a better version of yourself. He wants to bring stability, focus and purpose to your storm. Coming Back will assist you to discover your recipe to get back up and triumph over adversity. It will help you find yourself, your uniqueness and your purpose. Coming Back, will help you use adversity to your advantage. He shares his insight into adversity and how to transform it into resilience, inspiration and the resolve to become extraordinary. Coming Back can guide you to design, build and live the life you always dreamed about. You already have unlimited potential; your next step is to allow J. Anthony Laurence to guide you to build an extraordinary life.

J. Anthony Laurence is a Life-and-Mental Toughness coach and speaker. He helps people and teams become mentally tough and use adversity to become excellent. Laurence guides people to discover their full potential and live extraordinary lives. He studied under the number one Leadership expert in the world, John C. Maxwell. He is an avid student of human behavior and is fascinated by the natural resilience build into the human spirit, the same resilience that helps people overcome the most extreme adversity. J. Anthony Laurence is the coach you need when you want to Get Up and Come Back, stronger than ever.