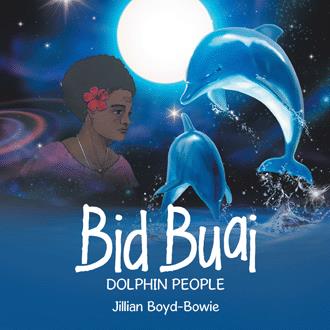 It is the season of the Naigai winds, Spring time. Thousands of little white flowers bloom the mango trees. Fish are fat with bellies full of eggs. Sharks are more aggressive to protect their unborn babies, turtles are mating and flocks of pelicans migrate south from Migi Dhaudhai, Papua New Guinea. This was Tam’s favourite time to hunt. The pigeons are plump and plenty. Tam went deeper into the bush up the farthest hill, not where he usually hunts for pigeons. His tall, well-built frame crept low through the long grass towards the Gainaus perching on a branch nearby. He drew his arrow from its quiver, placed it across the bow and sffft, the arrow glided swiftly through the air straight into the birds’ neck. Tam ran over, reached down to pick up the Gainau and noticed a strange object lying next to the dead bird. He picked it up and was fascinated at the strange carvings and images it revealed. Tam suddenly realized they may not be alone on the island of Ekiam. His heart raced as fast as his legs, running home to show his Ama and sister the finding. Scurrying through the banana trees lining Mar’s garden, the hair on the back of Tam’s neck suddenly stood on end, fear entered his soul as a dark shadow swallowed the sunlight from his path. Tam turned and looked up to see an enormous, black bird hovering low above him. Its eyes as dark as a moonless night, talons so long and curved like large hungry hooks searching for its fill. The bird swooped at Tam attempting to snatch the object out of his hands. Heading towards the trees to evade the bird, Tam finally got home to Mar and Lusik who were preparing vegetables for dinner. “Ama! Lusik! Look what I found!” The dread in his voice invited discomfort into Mar’s soul. “What is it?” Lusik asked. Breathless, Tam handed the relic to Lusik and told them about his encounter with the black bird. “Where did you find this?” She asked. “Up in the hills where the fattest Gainaus are.” Lusik was intrigued by the intricate artwork, examining it to make sense of what it all meant. “These carvings seem to tell a story.” It appeared to be a carved stone figure in the form of a woman with etched images sculpting its frame. Her long hair like seaweed entangled with plenty of fish, her eyes blazing like the sun and pregnant belly filled with babies. “What do you think it is Ama?” Lusik handed the relic to her mother. Mar focused on the woman’s fingers of hissing serpents protecting her pregnant belly. Holding the artefact, Mar voiced her concern, “There is something about this that bears much spiritual significance. Its power is strong. It must be a charm. We must find out where this came from and return it or bad luck will come upon us.” 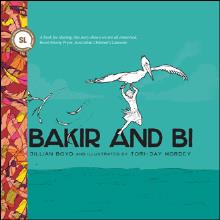 Bid Buai, Dolphin People is the sequel to the story Bakir and Bi published in 2013 by Magabala Books. It is a fictional creation story set in the islands of the Torres Strait, Far North Queensland, Australia, before colonization. Mar, Tam and Lusik are now much older and life has settled on their island of Ekiam. Tam soon stumbles across a mystical charm that was stolen from the Mabagal Clan of the West. When Iriana, the charm, falls into the wrong hands, it brings misfortune. So the journey begins with the rightful owners travelling through the islands in search of Iriana to bring back home and restore their once prosperous lifestyle. This story is interwoven with supernatural themes, totemic connections, kinship relations, language terms and customs that are true to Torres Strait Islander Culture.

Jillian is a Torres Strait Islander woman from the Samsep and Zagareb tribes of Erub and Mer.  She was born and raised on Thursday Island, Torres Strait, graduated Year 12 at Thursday Island State High School in 1987 and currently live in Darwin, Northern Territory.

A wife, mother, grandmother, mentor, published author, poet, songwriter and entrepreneur, Jillian is passionate about investing into the future of Aboriginal and Torres Strait Islander people.  Jillian has committed her career and creativity to educate, enthuse, and enrich the lives of individuals in Australia’s journey of convergence.