The Link Between Leading and Succeeding 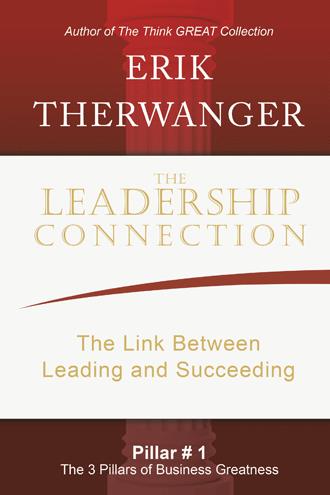 The art of leading people has been studied throughout history. But in today’s fast-paced environment, most leaders are thrust into leadership positions with little to no training on how to effectively lead others. Countless theories exist, thousands of books have been written, and people pay top-dollar to learn highly valued leadership skills at seminars. In fact, businesses invest hundreds of millions of dollars to train their teams to become better leaders. Why so much focus on leadership? It’s simple; success is directly linked to leadership. Leadership is a huge topic; one that can be a bit overwhelming and perhaps intimidating. It is often misunderstood, underutilized, and ineffectively implemented. But it is also the single most important factor to your success, the success of your team, and ultimately, the success of your organization. There is no doubt that improving your leadership skills, and the leadership skills of those on your team, will help you to achieve greater results. But where do you start? Effectively leading your team will make the difference between winning and losing, between succeeding and failing. Every organization can benefit from this common denominator. Unfortunately, most fail to allocate the time and resources needed to develop the leaders on their teams. Yet the cost of building leadership is miniscule compared to the value it brings. As most people quickly discover, merely assuming a leadership position does not guarantee you will become an effective leader. As leaders, we have many roles. We are morale boosters, problem solvers, goal setters, and strategic planners. We are counselors, therapists, coaches, and cheerleaders all rolled into one. We organize meetings, resolve conflicts, and attempt to keep everyone productive (and happy). In addition to those duties, we still have our own job descriptions to fulfill. Keeping all of those “leadership” plates spinning can be a heavy burden, and that is without facing any personal challenges. Another thing to consider is that you are typically responsible for continued growth within your team, department, and your entire organization. Leadership is not easy, but it is simple. The good news is that most leaders are fully capable of accomplishing all that is expected of them, and more. The bad news is that they lack the strategies and techniques necessary for making the link between leading and succeeding. This is my specialty. I help leaders, and the members of their teams, to exceed their potential by making The LEADERSHIP Connection. Although I have embraced my role as a leader in every position I have held, there was a starting point for my leadership journey. Three weeks after turning eighteen, I experienced a defining moment that forever changed my perception of what it means to be a leader. It was the summer of 1987, and I had just graduated from high school. I had been working some part-time, under-the-table jobs, to earn a little cash. Cleaning buses, mowing lawns, and doing small projects provided me some spending money, but I was ready to do something greater with my life. I had made the decision to head in a new direction and was about to start my first full-time job. As you can imagine, I was a little nervous. On August 24, 1987, my name became Recruit Therwanger as I exited the bus and entered basic training for the United States Marine Corps. Over the next ninety days, the young men in Platoon 1095 would be transformed from undisciplined civilians into hard-charging Marines. Our transformation into “The Few and The Proud” did not occur by stepping into camouflage uniforms, shaving our heads, or doing countless push-ups. We did all of that, and much more. But I quickly learned that becoming a Marine was about becoming a leader. For the next three months, our platoon would be in the constant presence of dedicated, passionate, and, oh did I say, very loud Marine Corps leaders. Our four drill instructors were intense, laser-focused, and fully committed to helping us to accomplish our goal: earning the title of U.S. Marine. They embodied the essence of leadership and taught us the traits and principles that were expected of all Marines. Graduating from boot camp and becoming a Marine was not just the end of my basic training, it was the beginning of my life-long leadership journey. In 1991, as the First Gulf War ended, so did my tour of duty. I was honorably discharged from the Marine Corps. Corporal Therwanger became Erik again. Although I might have packed away my uniforms, I would forever keep with me the leadership skills I developed as a Marine. I had been surrounded by an uplifting leadership culture; one that guided my actions, helped me to overcome obstacles, and was my support during four years of service. Because my goals and dreams were of the utmost importance, I made the choice to apply the leadership skills I had learned in the Marine Corps to every facet of my new direction in life. I made the decision to lead, and it helped me to stay the course as I pursued all my goals. Whether I was studying in a university classroom, or making a presentation in an executive board room, my leadership training gave me unbreakable strength. In business, a lack of leadership can cost money. But in combat, it can cost lives. Although I have spent far more time in a suit and tie than I have in a camouflage uniform, the leadership training I received from the Marine Corps has provided me an unparalleled edge in the business world. Now, you can use that edge to gain distinct advantages in your career and in your life. 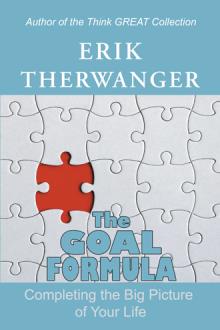 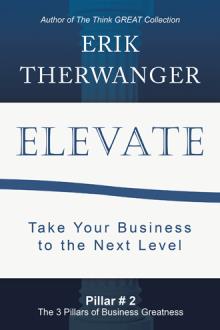 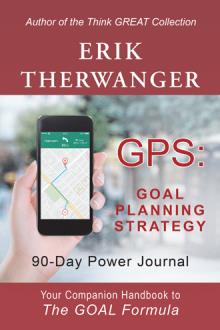 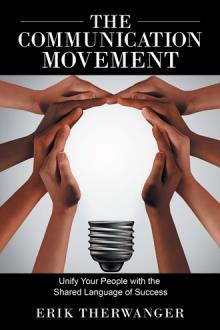 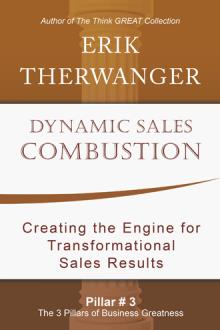 Make the Connection! Every organization, whether big or small, strives for the same thing - to achieve greater results. In today’s unpredictable business environment, companies face new challenges and the need for strong leaders has never been greater. Leaders who can deliver consistent results are the greatest asset to any business. Unfortunately, most organizations spend little time developing their people to think and act as leaders. Regardless of what industry we work in, as leaders, we are all in the “People” business and we must do more than merely train our leaders; it is imperative for success that we develop them. The LEADERSHIP Connection introduces business owners, entrepreneurs, leaders, and team members to the Elite Leadership System - ELS™. The ELS™ allows you to embark on a unique journey with your people, continually assessing and enhancing their leadership skills and positioning them for achieving greater results. The Elite Leadership System - ELS™ provides you and your team with: • Strategies to Enhance Perceptions • Techniques to Elevate Priorities • New ways to Empower People • The ability to Exceed Possibilities