Icing on the Plains 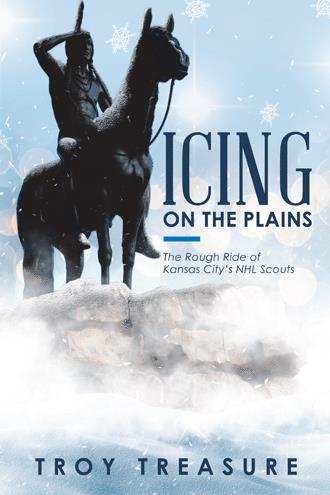 Fifty days would pass from the first day at Port Huron until Kansas City played its first home contest. Over decades, the American Royal rodeo, livestock and horse show has been blamed as the reason the Scouts were forced to endure such an arduous opening schedule. That is not true. While it is true the team’s lease (and the Kings’, as well) with Kemper Arena dictated the Royal would receive 14 consecutive October dates annually, the Royal, Scouts and Kings faced unfortunate circumstances during the spring and summer of 1974.

There were also organized labor issues. For example, the bricklayers union went on a four-week strike that ended only after an appeal from Mayor Charles Wheeler and other city leaders. “We are grateful to the bricklayers. They’re showing they do have some civic responsibility,” managing general partner Ed Thompson said. “I’m also grateful that the Mayor stepped in. It would have been nice if it had been done six weeks ago.”

“I remember little disputes but, basically, J.E. Dunn (the contractor) took care of that,” he said. “I think it was a muscle play between the unions and the contractors over who’s got the power, who can do this, get more jobs for the union trades.”

The NHL had originally granted the Scouts three home games the first week of the season with a debut of Oct. 5 versus Minnesota, four days prior to the league’s officially sanctioned opening night. Following Week One of hockey, the Royal would move in for its two weeks. That plan went by the wayside.

“You can’t just modify the schedule. It’s not that simple,” Clarence Campbell stated to Jay Greenberg. “You can’t reschedule everyone else’s commitments in their buildings.”

Thus, the Scouts piled up air miles. Even the Royal was affected.

“The American Royal actually used its own buildings and the arena a little bit because it wasn’t totally finished, but it was pretty much functional,” Fisher said. “For example, the bathrooms were in, but the Arena Club wasn’t finished. They got minimal use. Everybody could see it. It looked beautiful. They had their celebrations.”

“I had played in Boston Garden before with Pittsburgh,” Herron recalled. “I don’t remember Bep saying anything. He probably didn’t need to. As a team, we knew Boston had so much power.”

With K.C. in the middle of a line change, the great No. 4 struck quickly.

“Bobby Orr shot from pretty much the red line and scored a minute into the game,” Herron said of the blast that beat him low stick side. “That was a wake-up call. We had two good lines but after that, we were inexperienced and the goalie had to play unbelievable to get the win.”

Unbelievable, Herron was. The Bruins outshot Kansas City 19-5 in the first period. Following Orr’s rocket at 1:07, Herron withstood 18 rubber projectiles. He stopped Phil Esposito five times and compelled Gregg Sheppard to shoot wide on two breakaways. With Randy Rota’s ninth goal at 8:15, assisted by Dube and Richard Lemieux, the Scouts had a 1-1 tie after one.

In the waning moments, Boston inserted a sixth attacker for Gilles Gilbert. With just more than thirty seconds left, Orr broke loose skating in on Herron from the left wing.

“I saw Orr coming in by himself,” Herron said. “But he came in too fast. All I had to do was go down. He was in too close.”

Croteau’s game-winning second-period goal, only his second of the season, drew the fury of one Boston fan once the final horn sounded.

“To get to the locker rooms, you had to go through the players’ bench and take a couple of steps down,” Croteau recalled. “I was always the last guy off the ice and just had a sense something was coming at me. This poor fan, who had probably had too much to drink, tried to sucker punch me and fell over into the players’ bench. This big, Irish police officer ended up putting his foot on the guy’s throat. Another officer escorted me to the locker room. Later, they came in and asked me if I wanted to press charges. I said no.

“Playing in Boston was always a treat.”

Peter McDuffe was Herron’s backup in Boston. He was unaware that back in K.C., his wife and infant son had returned to their North Kansas City apartment to discover the family had been robbed.

“The only thing they really left was some Canadian money and an electric tea kettle,” Mary McDuffe recalled in 2017. “They even took my Singer sewing machine, but left the lid. They were in and out quick. The police later discovered several items had been hocked. Things like the TV and radio were easy to quick-sell.”

Communications then were not like they are now. Mrs. McDuffe left messages at the Scouts’ Boston hotel, but said she didn’t hear back for two days.

“I was frightened. Here I was with a 16-month-old and seven-months pregnant and my husband was working on the road,” Mary said. “We were one of the few couples that didn’t have a dog and to the police, it became clear someone was aware of Peter’s schedule and had been staking us out. Thank goodness for the other wives.

“We stayed with Sandra Hughes, Brent’s wife. I still use her oatmeal cookie recipe. Gary Coalter’s wife was helpful,” Mary continued. “The wives had a good, ready-made support system, sort of like military families. You could count on support when the guys were on the road.”

This is the story of Kansas City’s attempt to integrate major-league hockey into its sports marketplace, only to see it fall through thin ice. Troy Treasure, an award-winning sports reporter, tells the riveting story of the Kansas City Scouts, who began playing in the National Hockey League in 1974. Perhaps the franchise’s owners should have guessed it would be a struggle from the beginning: After finally getting an arena, its original name—the Mo-Hawks—was rejected because the Chicago Blackhawks thought it too closely resembled their moniker. But while the franchise underperformed on the ice and at the box office, there was also triumphs and plenty of laughs mixed in with the tears. During their two years on the ice, the Scouts featured the biggest on-ice badass in the NHL, a combustible coach, and one of hockey’s all-time funny men. Filled with player interviews and painstakingly researched, this book pays tribute to the history of professional hockey in Kansas City, the city’s other pro sports teams, and athletics at large.

Troy Treasure is a longtime newspaper sports writer and radio broadcaster. Treasure has received awards from media and press associations in Mississippi, Missouri, and Pennsylvania. He is a graduate of the University of Missouri.