Life Is Black and White 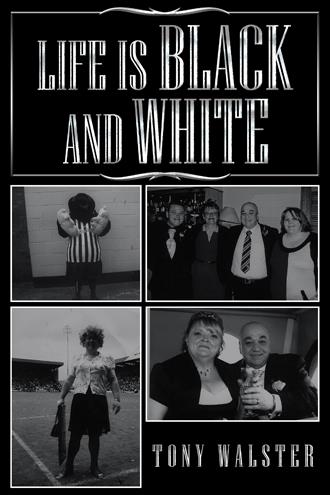 Life is very complex and intricate. Every decision we make is made for a reason, either consciously or, more often than not, subconsciously. This includes your choice of school friends, your hobbies, your career pathway, your car (not just because it is the cheapest), your life partner or partners, the foods you like and don’t like, and your tastes in music. These are decisions we have all made throughout our life, some we have been helped with and others we have made alone. Many people like sport; a majority of them are football supporters! They choose their team in many different ways, guided by their family or friends (I told my two children, “There are ninety-two teams in England. Support any one of the ninety-one of them. If you support the ninety-second, out you go.”) or swayed by the media (more so these days). The team your friends follow and obviously the local team to where you live, that is usually the team you follow. When I decided that football would be my sport of choice, I had no family to guide me (no one was interested in football), and there was no local league team for the majority of my childhood. Birmingham was over twenty miles from Colwall, and Reading over twenty miles away from Newbury. And for the year I was in Nottingham, there were two teams to worry about, and so I had ninety-two league teams to choose from! Which one should I choose, and why? Because the one thing I realized even at a young age is that the team you choose is your team for life! That is unless you are a glory hunter, which certainly happened with some people I knew and went to school with in Nottingham. They were supporters of many different teams when I moved away from Nottingham in the mid-1970s, but when I came back to Nottingham in the early 1980s, they were all “loyal” Forest supporters!