They Called Me Starchild

The Sacred Journey to Finding My Life’s Purpose 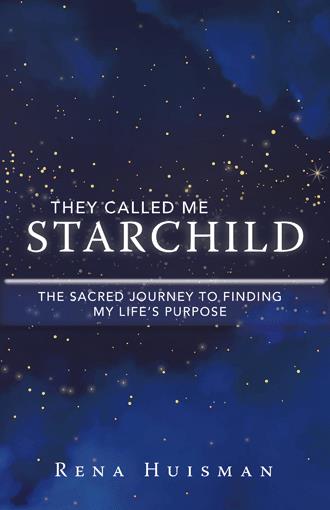 It was a cold October evening sitting in the basement of a Metaphysical Chapel in Arlington, VA., waiting for our channeling circle to begin. I had no idea what to expect but was absolutely open to the possibilities. It had been five months since the Kachina had called me Starchild, the notes securely tucked away in the journal on my lap. I hadn’t given it a second thought since it happened, until tonight. The circle was put together by Sheila, with the specific intention of channeling clarity, courage, and authenticity. This was very different than Mediumship, as it allowed us to go much deeper within ourselves and raise our vibration to align with other multi-dimensional beings. During opening meditation, we were asked to do our best to let go of our fears and raise our vibration as high as we could through the power of intention. This was to align and blend with higher vibrational beings and bring forth new information for ourselves and for the circle. We were also asked to let go of any preconceived ideas regarding the boundaries between ourselves and the different dimensions of time and space. This would allow ourselves to become one with our higher consciousness. Some people may refer to this as a type of trance channeling, but since I didn’t know the difference at the time, I was just eager to get started. As we all relaxed into our seats, Sheila began walking us through the opening meditation, relaxing our minds and bodies, and slowly raising our vibration and the energy in the room. In a completely relaxed state, I began to have the sensation of weightlessness and feel the presence of other energy bodies around us. I could hear other members of the circle sharing messages that they were receiving from these entities, but when I tried to listen, I felt the sensation of something trying to merge with me. It felt like a slight movement of air next to me, drawing closer and closer until I could sense it all around me. Softly, I began to hear words in my head, but my body was stiff – as if I was no longer attached to it. I tried to speak, but it felt like trying to run while neck deep in mud. Through sheer will, I finally moved my mouth, but what came out was a whisper compared to what I could hear in my head. I tried again, this time forcefully trying to push air out of my mouth with the words, trying hard to create more sound. It was then that I heard myself say the words out loud, “I am Starchild.”

Who am I? Why am I here? What is my life’s purpose? These seem like reasonable questions that should automatically come with answers at the time of our birth, but they don’t. Instead, we spend our lives trying to figure them out through trial and error or what Rena calls enlightenment through life experience. Encouraged to share her experience by her guides, she reveals how easy it is to ask for help and ignore the answers. To allow internal fears and preconceived ideas blind us from our true calling. But most importantly, she shows us how patient the universe is knowing that we are energetic beings living a physical life who need their help. Through her book, Rena shares her sacred journey to finding her life’s purpose—a journey that began with hearing the name Starchild. “When we are ready, we will hear, see, feel, and know the answers to our questions and have the undeniable knowledge of who we are, and why we are here” (Rena Huisman). Rena is the author of The Would-Be Medium: My Ten-Year Journey as a Workshop Junkie. She lives in Fairfax, Virginia, with her husband (Kurt), son (Travis) and little furry one, Stitch. Her daughter, Sydney, is a proud member of the US Navy. www.RenaHuisman.com

Rena Huisman is an Author and Psychic Medium who works full time at a large financial institution. She began having supernatural experiences when she was six years old, which continued throughout her teenage years. Today, she spends most of her time writing, but plans to begin teaching in 2019. She is a seeker at heart, always looking for new ways to expand her knowledge and move past preconceived boundaries of time and space, reaching her full potential as an energetic being. What does that look like? She has no idea but promises to share the story once she figures it out. Rena lives in Fairfax, Virginia with her husband (Kurt), son (Travis), and French bulldog, Stitch. Her daughter, Sydney is a proud member of the US Navy.