7 Steps to an Unbreakable Mindset 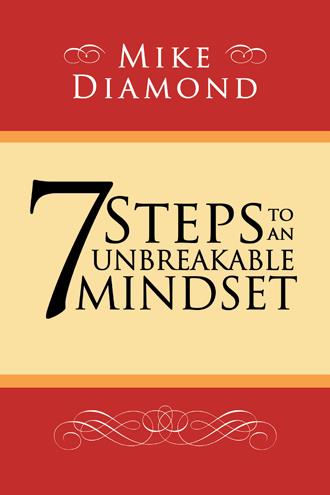 It’s Never Too Late One of the biggest misconceptions I see people making is that they don’t believe that they can change. Or worse yet, they feel that they are too old to change their life. Nothing could be further than the truth! Remember, there is no time, time is only an illusion. If you have a dream, create the plan, set your goals and have the will and learn the skills to succeed! My life is a perfect example of lack of skill, but an abundance of will. I was nearly an old man when I took a bronze in the natural men's physique contest in 2016! I remember, when I told people as a kid that I would someday live in NYC and shoot tv shows, people laughed at me. My friends, family, and teachers all thought I was absolutely mental. I was dyslexic and a poor student, and yet I went to acting school, was willing to learn and I pushed past my barriersno matter what. In 1999 I was in a sitcom on CBS, I shot pilots for VH1, appeared on Miami Ink, NY Ink, and I even wrote, directed, and starred in Bondi Ink. When I pitched Bondi Ink it took more than a year before someone picked us up, and even then, they told me that it couldn’t be done. It’s so vital to your success that you stop listening to other people’s opinions about you! Remember it's never too late to shine if you have the will and learn the skills. So many people give up before the magic happens. I have always wondered the obvious question, why?

In 7 Steps to an Unbreakable Mindset, reality TV star, professional athlete, and life coach Mike Diamond leads his readers on a journey to understand what’s holding them back in life and how to break past barriers in order to succeed. In this book, he shares relevant, poignant personal stories from his own struggles with addiction, life-threatening health problems, battling dyslexia, and being diagnosed with a chronic illness. All this adversity was the key to helping him break his fear and unlock the path to massive success. He shares the stories of several world-renowned people, whose success was dependent on willpower rather than talent, and gives you the secret on how to replicate their success in your own life.

Mike Diamond is a Television Personality, Director, Life Coach, and Interventionist. Known for his work on the hit TV shows NY Ink and Bondi Ink Tattoo Crew, (currently nominated for a Logie Award for Best Reality Series) Mike has been a professional actor, director, musician, and NYC restaurant owner for the past twenty years. Originally from Perth, Western Australia, Mike battled severe undiagnosed dyslexia, which led to poor grades, as well as alcohol and drug abuse starting at the age of 12. After finishing high school and enrolling in acting school, Mike won a green card to the US in 1997 and made the move to Miami. Shortly after his arrival, Mike landed a role on the CBS sitcom, Grapevine from Director David Frankel. After Grapevine, Mike moved to NYC, where he worked on various projects including as a guest star on Sex and the City. Mike wrote, created and starred in a VH1 pilot with former Stone Temple Pilots and Velvet Revolver frontman, Scott Weiland. Splitting his time between NYC, Miami and Los Angeles, Mike had regular gigs performing stand up at Caroline’s on Broadway and The Comedy Store. Mike was properly introduced into the tattoo world when he appeared on Miami Ink. He later became the store manager for his good friend, Ami James, at Wooster St and starred on Season 3 of NY Ink. Mike then headed back to his hometown where he wrote, directed, produced, and starred in Bondi Ink Tattoo Crew, based on Bondi Beach. Although Mike has had plenty of “highs” in his life, he has also had his “low” moments along the way. Mike has battled cocaine and alcohol addiction for the majority of his life. After witnessing the death of Scott Weiland, Mike got sober on April 16, 2006. Since then, Mike has literally helped hundreds of people on the road to recovery. He is on beck and call to all his clients and friends, helping them through their life problems and battles with addiction.