Meditations Across the King’s River 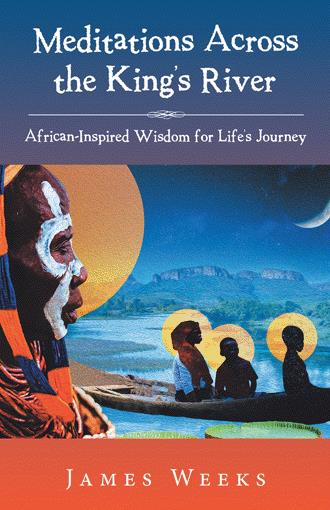 "Do you see the moon?" asks Omitola.

I do. I’m mesmerized by the beauty of the moon illuminating the Caribbean skies. Surely this must be an omen of new beginnings and other good things to come. I'm on Grand Terre, Guadeloupe, one of the leeward Caribbean islands south of Antigua. Guadeloupe is not a single island - it’s an archipelago of many islands. Together, the two largest ones, Grand Terre and Bas Terre are shaped like a butterfly connected by a narrow sea channel called Riviere Salee, or Salt River.

My friend, Omitola, was born and raised on Grand Terre and always pays close attention to the moon. It's an ancient tradition that has been woven into the culture of this predominantly black, French-speaking island. Her memories of the moon go back to childhood when Mum gave her spiritual baths steeped in local herbs and trimmed her hair by the phases of the moon. Farmers, fishermen and healers took their cues from the moon too.

This is my first visit to Guadeloupe and I'm excited to be here even though I’m not on vacation. Omitola invited me because she wants to get initiated into the Yoruba spiritual tradition. Though I came to give, I wind up receiving. Each ceremony, each culture, each client, teaches me something new and some experiences are so profound I can never be the same again. On this visit, I’m being offered a glimpse into a new culture and language, as well as friendship and a deeper appreciation for the moon. Even during the day, when the sun is at its zenith, she brings my attention back to the moon.

"People know the power of the sun but underestimate the power of the moon," she says. But in the past our ancestors did everything by the moon. Omitola isn’t sure where this reverence for the moon comes from in her culture, but some say it can be traced to the Kalinago, the indigenous people that once lived on Guadeloupe and on other islands of the Caribbean before the European conquest and the African Holocaust that still affects our people today. The Kalinago called Guadeloupe, Karukera, it means “land of beautiful waters.”

Omitola grew up mostly in Pointe a Pitre, Guadeloupe’s largest city. Life in the city didn’t allow her to connect with the moon, however, that changed when her family moved to the country town of Les Abymes. When she became aware of the moon’s power and influence, she began singing for the moon and the stars. Then, she fell in love with rainbows too, especially while walking along the beach. At times, during her meditation with the moon, she remembers being so overwhelmed she would start crying.

Tens of thousands of spiritual seekers around the world have been touched by James Weeks’s online essays and affirmations. Now in book form for the first time, Meditations Across The King’s River is inspired by James’s travels throughout the Caribbean and West Africa as an Ifa priest. Here, readers will find hope, encouragement, and wisdom to sustain them on their soul’s journey.

James Weeks is the producer of the upcoming documentary film, Across The King’s River. He is also a babalawo, or priest in the Ifa spiritual tradition, an award-winning photographer, and a journalist who has published in Parenting magazine, the S.F. Weekly, Reggae Beat, The Virgin Islands Daily News and the St. Croix Avis. James is a native of St. Croix, U.S. Virgin Islands and currently lives in Oakland with his wife and youngest son. To learn more, visit his website www.acrossthekingsriver.com.