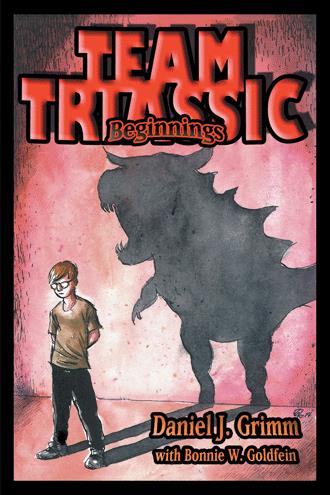 Chapter 26 (excerpt) The mystery of my missing friends was solved less than an hour later, when I learned that Lynnelle was home sick, Johnny had overslept (so he decided to “bag the day”) and Angel had driven Timeer to school after dropping off Nick for his orthodontist appointment. We never knew if either Michael or Matthew would ride with us, so I didn’t really miss seeing them. I was surprised that the news about the mysterious destruction in Julian’s neighborhood was not all the buzz in school that morning. I guess kids aren’t as interested in the news as I am. By fourth period, I still hadn’t run into Julian, so I decided that maybe he had stayed home – probably something to do with the incident in his neighborhood. In fourth period, Mrs. Johnson gave us another “old-fashioned paper exercise” to do, this one on vocabulary. I hate vocabulary exercises, so I decided not to fight it – I would flee, instead. I got up out of my seat and walked over to Mrs. Johnson and whispered, “Excuse me, Mrs. Johnson. May I go use the restroom?” She handed me a hall pass and I left the room, thrilled to get as far away from vocabulary as possible. At the restroom down the hall, I tried the knob. Locked. Actually, this is great, I thought to myself. Having to walk to the 700 hallway would give me a good excuse for taking longer. Maybe the 700 hallway restrooms would be locked, too, and I could stay out even longer, searching all the Molasky halls for an open restroom! I strolled toward the 700 wing. I was about halfway to the corner of the 700 hallway that bordered the glass-walled quad when the floor seemed to shake. I brushed it off as my vocabulary-hating mind playing tricks on me. Reaching the 700 restroom, I found – to my great annoyance – that the door was unlocked. I went in. I really didn’t need to use the facilities, but my Grandma had always advised me, “Never pass up the opportunity to use a bathroom.” She and Grandpa had traveled a lot, so she knew that on trips the next bathroom might be miles or hours away. Ever since I was little, I had always followed her advice about bathroom opportunities. A few minutes later, I was washing my hands when I felt the ground shake again, this time harder than before. Ok… This is not my mind playing tricks on me. I walked out of the restroom. In the hallway the ground shook even harder. Are we having an earthquake? No, it feels and sounds like something huge just took a step. But that’s impossible! Before I had time for another thought, I saw chunks of brick and cement flying across the quad. Ka-BOOM! What?! I backed up against the restroom door, just as an enormous scaly snout loomed high over the wall across the quad. I recognized it immediately… A Spinosaurus! And it was at least 35 feet tall! As the creature revealed more of itself, I saw that – no – this wasn’t a Spinosaurus… at least, it wasn’t ALL Spinosaurus. The creature had the cranium of a Tyrannosaurus Rex, and when it raised its arms to knock down more of the wall, those arms were like a Suchomimus. When it reared up and turned sideways, I saw its Spinosaurus sail. This was a Spinosaurus Rex multi-species hybrid! I was paralyzed with fear. An enormous genetic monster was attacking Molasky! Immediately, I knew the solution to Marilyn Flynn’s TV “Mystery of the Week.” The culprit responsible for the destruction in Julian’s neighborhood was right in front of me, tearing down my school! It’s going to break this place apart! I said to myself. What should I do? What CAN I do? The creature was now making its way toward the 800 hallway, where some of my friends were, still probably working away on their vocabulary exercise, completely unaware of what was coming. Had they heard or felt anything? I remembered that the people in Julian’s neighborhood hadn’t heard the destruction happening in their area – but they were asleep. Is the English classroom sound-proof? If not, had Mrs. Johnson taken her class somewhere safe? All these thoughts were flying through my head as I ran down the hall. Wait a minute! I said to myself. What am I doing? I’M a genetic hybrid, with a prominent T-Rex genome! Why am I running away? Two facts might have made me stop a second to think: I had never before morphed into my full extension and Elliott [my computer] had not yet told me what I could expect from such a full extension. Or thinking of either of these two facts could have made me keep running. But none of that mattered to me at that moment. I turned around. The beast had burst through the glass wall of the 800 hall and reared up, its head breaking through the ceiling, raining debris all over. It opened its mouth and a roar louder than twenty train horns shook everything around me. Right then, Nick came around the far corner, heading to class after his orthodontist appointment. He was completely unaware of the danger he was walking into – or I should say the danger he was dancing into, as he was bopping down the hall to the tune playing from the buds in his ears. Without warning, the beast reached down and scooped up Nick in one claw, dangling him ten feet in the air. It opened its huge mouth and Nick screamed. That was all the motivation I needed. I inhaled deeply, and as I exhaled slowly, I morphed for the first time into a full-extension Regem Insuprabilus! 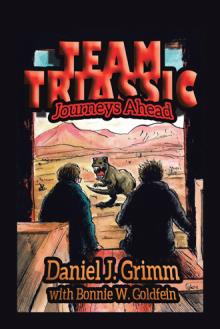 Team Triassic . . . Beginnings, the first in a six-book series, introduces Daniel Robertson and his friends, who appear to be “normal” preteen Las Vegas kids going about their normal lives. But appearances can be deceiving. These kids are genetic hybrids who can morph into dinosaurs! In Book 1, Daniel and his friends find their developing morphing abilities mostly a source of playful fun. But then Daniel’s unique dino-hybrid is drawn into a deadly battle with a rogue dino-hybrid bent on destruction and death at the kids’ middle school. When Daniel is gravely injured in this clash of titans, his friends must step up, training to apply their own dino-hybrid abilities and strengths to defend their city as Team Triassic.

At only 16, Danny Grimm is well on his way to the completion of a 6-book series that follows the adventures of a group of kids right out of his imagination -- the dino-hybrid young teens of Team Triassic. Along with the demands of high school classwork, the young author is heavily involved in school and community dramatic productions. With his Oregon grandmother, Bonnie Goldfein, as collaborator and editor, he writes daily to ensure that fans of Team Triassic will have a newly published adventure to enjoy each year. Danny lives in Las Vegas with his family, two dogs and two bearded dragons named Tom and Jerry.