And That Day Came 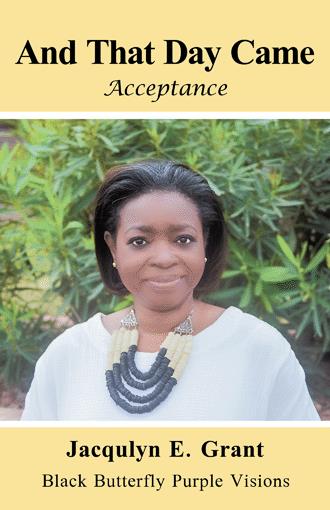 How Can This Be?

I was working my plan to move to Arizona, and things were really coming together. Ah, what a relief. It’s so amazing how life changes when you make a decision that’s right for you. My life felt better. Things weren’t as worrisome. I felt lighter and in a better mood. I had a brighter outlook on life. Why? Because it was the right thing to do and I could feel it deep down inside. I’d planned out everything to make this move happen, which included giving up most everything I had.

Remember, when my condo flooded, I gave away all my furniture. I moved back in with Barron and couldn’t crowd his place with all my things. So life worked out such that I didn’t need to. Now that I was there with him, I tried very hard to keep the things that I did move neatly stacked and out of sight as much as possible, while knowing that I couldn’t take most of it when I relocated.

I set a schedule to go through all my clothes and stuff from January through April 2016. I gave myself an April deadline to coincide with my scheduled Goodwill pickup date. Each weekend, I went through my things, separated, boxed, and labeled clothing. I followed the guidelines of Goodwill for the pickup. That was not a fun task. I never knew that so many feelings go into giving up things. It’s amazing how deeply attached to certain pieces that once had great meaning to your life could have such a great hold on you. There’s a television show about hoarders, and I even began to understand them a bit more because of the difficulty I had in letting go of so many things at one time. It really is challenging. Yes, after I got into it, I soon realized that my life was different now. I made peace with many things given up, and I was finally moving on as I brought this chapter of my life to a close.

My weekends went on the same, focused on packing and shipping boxes to my niece in Arizona, six total, by sending two medium-sized boxes at a time each Saturday. At home, I began to see how my hard work was paying off and how all my things in Barron’s home were clearing out. Once May rolled around, I made arrangements to have my car transported. I was really happy to get that done. The only thing left to do was buy my one-way airline ticket to Phoenix.

But before I did all that, I needed an in-depth self-check. What’s happening to me? Why am I feeling so compelled and deeply moved to relocate to Arizona?

Yes, I loved my niece very much, and her daughter was like the light of my life. She and her husband moved to Arizona the previous year, and I missed the three of them dearly. But that wasn’t the pull. Yes, I needed new surroundings. Yes, I wanted to move someplace with meaning, where I could find deep spiritual meaning, like the state of Arizona. The vortex and the sacred mountains of Sedona were calling me too.

That aside, I questioned my entire life. I didn’t want to face my intuitive side, so I brushed it off quickly and wondered, Why now? I was in deep denial about my gifts. I knew I wanted much more out of life, but I didn’t know where to begin. I only knew that my life was waiting for me elsewhere and I had to find it. I was simply afraid to explore my intuitive gifts because I was really scared of ghosts. I thought it would be something very odd, like in Carrie or The Exorcist. Those old films scared me so badly until I’d be afraid to do anything alone for months. I was so afraid until I simply had to stop watching scary movies period. I was already afraid of the dark as a child and sometimes now.

As a child, once I could separate the movie from reality, that really helped. That’s why I believe that it’s so important for parents not to allow kids to see horror films or television shows before their little minds understand what they’re seeing. As an adult, I’ve learned that some of the horror films are based on real-life events. That didn’t make matters any easier. In fact, that scared me even more, knowing how life can be so different or as portrayed in those scary movies.

I felt very vulnerable, knowing I had some kind of connection to something I did not understand. I was mentally paralyzed due to my vivid imagination, and the last thing I wanted to do was explore my natural gifts. It was simply too much to bear. I latched on to anything that gave me pause from exploring the unknown or the intuitive side. I remained frozen and incapable of moving forward with my natural intuitive gifts.

Day by day, it became easier to ignore the fact that I was different. I buried that notion so deep within until I totally forgot about it. I became average and lived a normal life. I was successfully unplugged. Even then, I felt a huge void inside. I knew there was more to life, but I simply wasn’t ready to explore. It caused a great conflict of emotions that I couldn’t seem to ignore or push away.

As soon as Jacqulyn Grant was born into a North Carolina sharecropper family as the seventh of nine children, she knew she was loved. While growing up without many material possessions, Jakki found joy in family get-togethers, imagining Superman as her father, and in embracing all who helped her develop as a person. In her inspirational memoir, Jakki intertwines her life story with personal reflections that lead others through her childhood memories as well as tales about the birth of her son, her relationships, and work experiences. Yet even as she achieved professonal success, Jakki reveals how she still felt broken, sad, and unfulfilled—all while knowing she had something more inside to give. It was only until she learned to listen to angels and her inner-voice that Jakki finally improved her health, accepted her natural intuitive gifts, learned to love herself, and ultimately found the path to happiness. And That Day Came weaves stories and truths into an empowering memoir that offers a glimpse into how one woman’s experiences and angelic encounters helped shape her divine destiny.

Jacqulyn E. Grant (Jakki) is a developing psychic medium who is clairvoyant, claircognizant, clairsentient, and clairaudient. She earned a BA degree from Trinity Washington University, a MA degree from American University, and is a graduate of Morris Pratt Institute. Now retired, she owns an online business, Black Butterfly Purple Visions, LLC, and loves traveling. Jakki is the mother of an adult son and currently resides in Arizona.