Snatched from the Fire

A Man of Stain 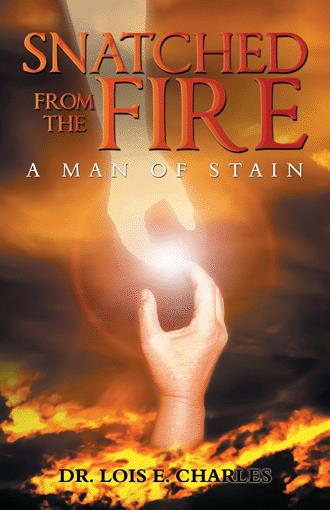 James Gibson is a 28 year old Minister of the gospel at his home church, and is also a counselor at a school where he works. James goes out to rescue one of his troubled students and finds himself caught up in a web of immorality with the student's mother, Ms. Spencer. Traumatized by eventually loosing Ms. Spencer in a plot, and possibility of loosing his wife, James takes off into a world of alcohol and drugs. Marsha Green, is 21 years old who lives with her mother, Mrs. Green and her sister, Kathy. She's brought up in a Christian home. Behind her mother's back, Marsha loves to party with her friends which eventually catches up with her in losing her job. Marsha goes into prostitution to earn income thinking that she could fool her mother as though she's still working at the insurance agency. Marsha and her mother gets in a heated confrontation concerning her life style. Marsha leaves home and leaves her mother devastated. Gucci is a female impersonator who befriends Marsha on the beat. Marsha is influenced by Gucci in his tricky ways of making money which leads them into a dangerous situation. Big Momma is the manager at a rooming house. She wears big colorful wigs, heavy makeup, long eyelashes and is plus size. She sometimes get customers that makes her laugh and feel sad at the same time. She also plays a role in consolation to some of her troubled clients with the possibility of changing their lives. Two mothers of both James and Marsha including James wife, Brenda, finds themselves in bitter grief of James and Marsha leaving the church and their upbringing. Will they be "Snatched from the Fire?"

The aim of the story in this book is to bring out the examples of what happens when we drift away from obedience to God as well as our parents. It is an earthly story with a heavenly meaning. It’s a very high price to pay in life when our weaknesses become overwhelming to the point of disaster in our lives. You will see how the choices we make in life can really determine how we live. You will feel the heartbeat of mothers who want the best for their children. You will see how much we owe to the influence of godly parents, especially godly mothers. You will see through the eyes of mothers who, regardless of the age of her children, still have that bosom care in her heart. Your child will see how trouble is easy to get into but hard to get out of. If all our children would think of the consequences before their actions, it can make a big difference in the outcome of many situations. It is sad to say that parents are out living their children. The younger generation is to produce to carry on the next generations, the elderly cannot. We are at a breach of a fruitless world.

Dr. Lois Charles obtained her doctorate degree in biblical studies from Saint Thomas University. On June 19, 1995, she opened a mission outreach and is continuing her outreach to the world. As a minister of God it is her hope and aim to take God’s word beyond the walls of the church, reaching those that are in need physically, emotionally, as well as spiritually.