Counsellors’ Skills in Existentialism and Spirituality

Counsellors—Do they Possess the Skills and the Insights to Hold This Sacred Space? 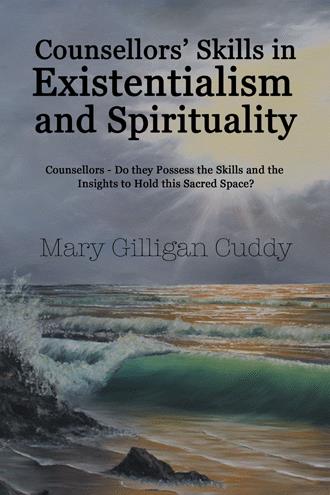 This study examines an existential approach to therapy, one which appears to reflect and move in synchronicity with life’s flow, rendering it a highly valid and effective response to the existential anguish that has engulfed the mind-set of the twenty-first century. The writer endeavors to explore a number of key existential themes, such as death, freedom, isolation, and meaning. Existentialism presents possibilities and a freedom to “be,” emanating out of personal responsibility for one’s life choices. The movement has evolved over the decades, and countless theologians, philosophers, and psychologists have built on the deposits of knowledge and life experience of our ancestors. The purpose of this research is to explore the theme of spirituality set within an existential framework and to examine the role of the counsellor in dealing with existential and spiritual concerns within this sacred space. The writer suggests that counsellors have a duty of care to explore spiritual and existential issues with the patient. Existential counsellors must explore in depth their own spirituality in order to fully understand the true nature of man. The writer values the existential emphasis on freedom and responsibility and the person’s capacity to redesign his or her life by choosing with awareness. The effective counsellor can only lead or direct a client toward his or her spiritual core, leaving the ultimate decision with the individual whether to accept or reject this spiritual dimension. The writer suggests that it is the presence of spirit within the spiritual encounter that heals, transforming and integrating man into wholeness. The author urges the counsellor to humbly embrace this opportunity to explore and encounter the spiritual dimension within the therapeutic relationship as a core counselling objective.

Mary Gilligan Cuddy was born into a family of fourteen children. As the youngest member of the family she has made it her lifes ambition to seek a deeper understanding of her own spirituality. Following her mother Catherine’s passing in February 2018, Mary felt inspired to pursue her dreams and take this opportunity to publish her work.