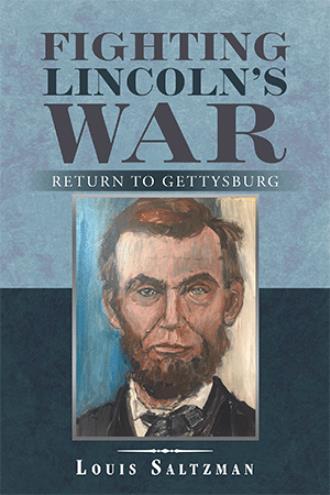 On June 15, 2022, Dr. Paul Diamond sat in a wooden chair in a NASA laboratory at the Goddard Space Flight Center just outside of Washington, DC. He wore a wide-brimmed brown hat, a long brown lightweight coat, and brown leather boots that were scuffed to make them appear worn. On his lap was a saddlebag that held the clothes and papers he would need for his trip. He was surrounded by five six-foot-high machines with spotlights pointed at the wooden chair. They would generate enough electrical power to send him on his trip back through time. Paul had no clue how they worked and what they did. His specialty was American History and he had a Doctorate in 19th Century American Studies. All he knew was that the machines would generate enough power and he hoped he would reopen his eyes when he was transported to his destination.

The machines began to hum for thirty seconds and a voice began a countdown beginning with ten. At five, the hum got louder, and Paul closed his eyes and tightened his grip on his bag. Through his eyelids, he was able to see bolts of electrical energy and a bluish-colored orb that was created by the electricity that encircled him. Paul felt the now familiar jolt that threw him back into the chair. And then he vanished.

The trip was a bit bumpy. In the end, though, he arrived somewhat dizzy but otherwise no worse for wear. Paul attributed this to the number of times he’d made the journey, and he already he knew this would be his final one. There were only so many one’s body could take. If this one were not so important and personal, he would still be back in his office with reference material in piles all around his desk. Every trip he survived was a blessing.

The landing spot was a wooden chair in a narrow alley behind the Willard Hotel in Washington City. His head was still spinning, so he tried to focus on what had led him there. All the jumps had taken their toll on his mind, and the last had put him out of commission for six months.

Paul Diamond had been back at work for almost a year when the phone had rung and his assistant had told him Dr. Conklin was on his way to see him. Paul worked in a secret division of NASA at the Goddard Space Flight Center fifteen minutes outside of Washington, DC. Technically his department was in the Astronomical Investigation Unit where he researched black holes and spatial phenomenon having to do with the possibilities of string theory. There was no mention of parallel universes and alternate time lines that had been proven to exist twelve years earlier or the ability to travel back and forth in time.

A small group of nations had begun to work together fifteen years earlier, and they were managed by the highest levels of each government. While the United States ran the program, Switzerland, England, and France provided scientific and financial support.

The transport was done via the “time jumper” sitting in a chair and his or her body being bombarded with electrical charges while surrounded by a circular blue orb that would propel the person to a prearranged time and place. A handful of scientists could make it work, maintain the machinery, and reverse the trip.

Theoreticians designed an implanted electric device that could send simple Morse code messages from the past to the present to advise of the status of the time jumpers. The inside joke was the old expression “You never saw me, and I was never here.”

The true purpose of the department was developing a means of transporting individuals through time to critical hot spots in history to avoid potential disasters. Besides the potential damaging outcome if it did not work, there was a concern about the effect on the health of the travelers themselves and the impact on the time line by mistakes that could be made, as well as their connections to people they would meet.

It was imperative to avoid any instance of affecting anything other than what their actual mission was. It was virtually impossible to eliminate all possible contingencies for contact, but the travelers were trained to limit interactions with people who were not involved in the mission on the ground. There was a careful selection process for team members, with a premium placed on individuals with scientific and military backgrounds; and they needed to have historical knowledge of the times they were sent to, as any mistake could have serious repercussions.

Paul was a different case. His area of expertise was American history, with a specialty in the nineteenth century. At forty-seven years old, he was also older than all the other team members. Paul’s last jump had been physically difficult and had not been successful, but events had proved to be beyond his control.

In June 2020, Dr. Paul Diamond is sent back in time along with three other team members to Washington City in 1863. Their mission is to meet and help Abraham Lincoln and the Union armies defeat the Confederate army led by Robert E. Lee by offering advanced weapons that would help defeat the Southern armies at Gettysburg and Vicksburg, thereby hastening their surrender. Their efforts are hampered by a spy and secret organization that will do whatever possible to sue for peace and force the North to leave the Union as it is, allowing slavery to remain the way it was before the Civil War began.

Fighting Lincoln's War is Louis Saltzman's second book following Zefram's Journey. He decided to begin writing in 2001. He has a history in the creative world and came to write about President Lincoln and the Civil War due to his life time of admiration of Mr. Lincoln and included time travel because of his interest in Science Fiction. Mr. Saltzman is divorced and lives in Suffolk County on Long Island, New York.