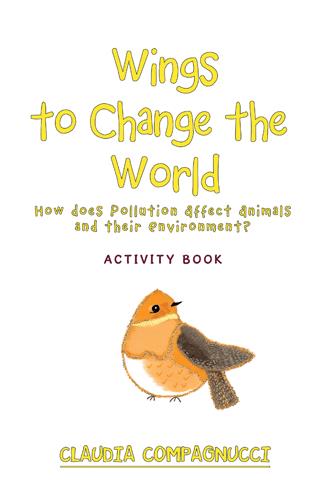 Read and analyze the following extract from chapter 6.

Identify and Classify ADJECTIVES-VERBS-ADVERBS-PREPOSITIONS and NOUNS writing them in the list below.

-“I want to know the whole story, how did you do it?”-“Ok, first I will tell you how we were caught because that´s the beginning. One fine morning, we were enjoying the sun and flying around when we suddenly heard human voices down in the jungle. The echoe reverberated all over the place and many birds rapidly flew away in flocks. We were shocked to see some men carrying guns and some squared sort of boxes which had bars from bottom to top and all around them. We didn´t know at that time, but then we learnt men called them cages. They were like prisions to keep you in forever. At the beginning, I thought nothing could happen to us because we were in the highest part of the canopy. A second later, I had changed my mind. I told my wife to stop flying and hide among the leaves of a palm tree. Our nest was on the tree beside the one we were hiding in. Apparently, the poachers had caught sight of it and wanted to reach it. “Oh no!” I thought. My babies were inside! I started to panic and began making as much noise as I could to call their attention. In the meantime, one of them started climbing up the tree. He must have found it quite difficult for he shouted bad words to his friends as he was getting higher. All of a sudden, a strong bumping noise could be heard and the poacher was on the ground crying out loud, complaining about having fallen. That was the moment when I felt relieved. I thought they would give up and leave. To my disappointment and despair, he stood up with a quick movement. He ordered the others to bring a machine with which they started cutting down our palm tree. Imagine! They were killing the tree and wanted our nest! Our babies! My wife started to cry. I screamed but my voice could not be heard, for the deafening sound of the machine made me dumb. The tree came down after some minutes. Those evil men took our babies from the nest. We flew around them to stop them from stealing our babies but it was useless. After a while we were inside a cage as well. Fortunately, they kept us altogether in the same prision,” said the macaw. 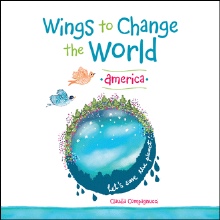 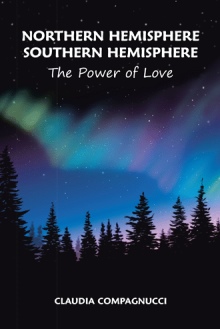 This booklet is based on the book “Wings to Change the World- America”. It was written for teachers and students who want to work together and understand in detail its message while doing grammar, language and science related topic exercises. Taking care of the environment is urgent. After having read the story book you will find ways to work on this topic using this activity book. Get ready to enjoy it!

Claudia Compagnucci has been a bilingual English teacher in Buenos Aires, Argentina for the last thirty years. She holds a degree in Management of Education USAL. In 2008, Claudia took a coaching programme course with the talented American author and personal coach Jack Canfield. After that, she studied Organizational Coaching at Universidad del Salvador USAL in Buenos Aires. Her knowledge and experience led her to start helping other people, mostly English teachers and educators who wanted to improve their performances and have a different perspective on their own lives. She had had a book for children in her mind for a long time. So the day came when she wrote “Wings to Change the World” “America,” with the aim of reaching the generations of the future and encouraging them to discover a new way to live in a better world. This activity book accompanies the original book and is meant to help teachers and students at schools. Today Claudia reaches many children personally in schools and libraries where she shares readings of her books. She as well enjoys helping people through her writings and coaching courses, giving them the opportunity to find their inner wisdom to help them make progress. Find out more at claudcomp INSTAGRAM.