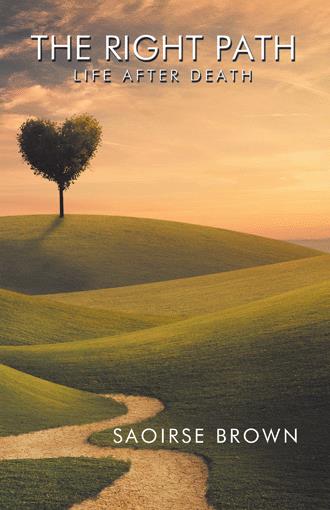 It doesn't look good. Just four words. Four little words. Four little words that took everything I loved and held dear and crushed into a million pieces. It doesn't look good. My head was spinning as a wave of panic surged through my body. I willed myself to look calm and matter of fact as I stole a glance at Rick who was sitting rigid and expressionless in the chair beside me. The only hint at his reaction was that the color had completely drained from his face. I reached out and put my hand on his knee. Rick continued to stare straight ahead at the doctor seated behind the large desk which divided us. 'As it is now late on Friday evening, we will need to wait until Monday to get the full results of the bloods and the endoscopy', the doctor intoned. He began shuffling paper work on his desk. I sensed he wanted us to go. It was getting late. Most of the other departments had already closed and staff were quickly exiting the building. Yet both Rick and I didn't move. We were waiting for the punchline. 'But I am sure there is nothing to worry about.' But the punchline never came. Finally, with an awkward silence enveloping us, we got to our feet and walked outside. Neither of us said a word as we stumbled to our car. As we passed the reception area a nurse was chatting loudly with a woman sat behind the large desk. Just as we passed the receptionist let out a hoot of laughter at her friend's joke. How can you be laughing at a time like this? I thought. Just how? The car park was half full. It was a private hospital and most of the day patients had no doubt long gone home and were looking forward to a weekend with their families. We found our car and Rick clicked the key fob to unlock the door. I slipped into the passenger seat, my heart still thumping. 'Don't worry, I'm sure it is nothing', Rick said. He wasn't looking at me. He was staring ahead, his hands gripping the top of the steering wheel tightly. So tightly in fact, his knuckles were almost white. I swallowed hard. I knew I needed to say something, but didn't know what. In our relationship, Rick had always been the more upbeat one. The glass half full type. Somehow, he'd found the positive in everything. I was the one who always took a serious approach, while Rick kept his childlike manner. If anyone ever did, or said, something negative to me, he'd jump right in and tell me it wasn't meant that way. Now it was my turn to return the complement. Except I couldn't speak. 'I told you we should have gone on that trip around Europe first before visiting the doctor', Rick said at last, with a faint smile as he started the car and gunned the engine. As we drove through the lanes in the fading light I just kept going over and over what the doctor had said. I could still see him sitting in front of me, a short, dark haired man with a serious expression as his brown eyes blinked behind his half-moon glasses. 'It doesn't look good.' As I replayed it over and over I realized with a start that there was something more. Something that had sent my battered emotions into free fall. It wasn't just the words the doctor had said. He'd also held my gaze for a fraction longer than necessary. It was barely perceptible if you hadn't been looking for it, or thinking about it, but now I did recall it my blood almost froze. His expression seemed to be saying: brace yourself.

In 2016, author Saoirse Brown’s husband, Richard Howorth, died of esophageal cancer at the age of 47. Like so many people who have lost loved ones, she was plunged into heartfelt grief and began to question everything about life-and-death. What happens after we die? Is there a heaven? Is there an afterlife? Then in an extraordinary series of events Saoirse began to get answers. In The Right Path, she shares the story of her life with and the love for her husband, as well as her spiritual awakening and psychic abilities that began after his death. She tells of the incredible connection with the other side, her spirit guides and beautiful angels that were present offering love, support and guidance to a new life, and during this process managed to find peace and happiness. This memoir chronicles the details of Saoirse’s incredible and unusual spiritual journey where she was able to piece together so much of what has remained a mystery to so many people for so long, offering answers to many questions asked about life and death.

Saoirse Brown is the mother of two young adult children and lives in Surrey, United Kingdom. She was widowed at the age of forty-seven after the death of her husband Richard, with whom she had spent twenty-four years. Since the tragic loss Saoirse has trained in a range of therapies, becoming a Mindfulness Coach, Hypnotherapist, EFT Practitioner, Reiki Master and a Spiritual Advisor.