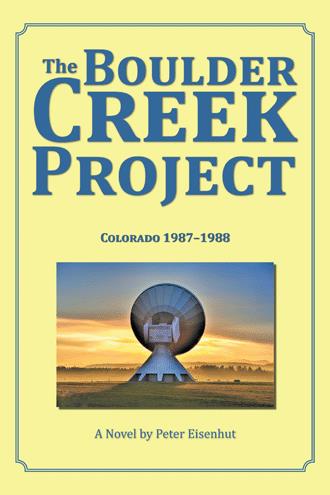 The weather in the spring of 1987 was typical for Colorado Springs. It was beginning to warm up, but in mid-April, it could go either way. One day could be warm and sunny, the next day cool and rainy. Today was a nice day. The sun was out and the weather was warm and dry. The temperature would reach 70 degrees by mid-day. Jim Hoffman was wearing a work shirt and jeans. He was on his way to meet a real estate agent but did not care how he looked. After all, it was Saturday morning and he had yard work to do later.

Almost two weeks later, on a Friday at lunchtime, they met again. According to Teddy’s instruction, Jim brought with him a very thick attaché case loaded with documents. He arrived as instructed at precisely noon, the busiest time, especially on a workday. They sat at a small table for two. Jim set his attaché case on the floor under the table and gently slid it toward her side. They ordered sandwiches and ice tea after which Jim excused himself for a few moments to use the rest room and wash up. When he returned, the food and tea were already on the table. Jim and Teddy chatted while enjoying the lunch—all very friendly. Teddy told Jim that she had an offer for him on the house and handed him an envelope. Jim opened it and was pleased to find a written offer and a binder check for $2,000, a sign of good faith. Then Teddy asked, “Jim, did you bring the documents?”

“Yes, just as you instructed. Everything is there as you asked. When will the hundred-grand be in my bank account?”

“If all the documents are there, the money will be in your account within the next two hours. Jim, it was a pleasure doing business with you. I wish your wife the best.”

With that, Jim said “thank you,” got up, excused himself, and walked to his car, leaving the attaché case behind. Teddy had a smile on her face as she watched him leave and thought about what would happen next.

Jim went directly home after lunch and gave his wife the good news about the offer on the house. Then he called the bank and checked the balance in his bank account. Sure enough, a deposit for $100,000 was there waiting to be cleared. Teddy had kept her word. Now, he and his wife could sell the house and move into a less expensive garden apartment. Later when needed, she could go into a long-term care facility. Jim was pleased that his wife would have the resources she needed, and he felt the relief he had needed for so long.

Unfortunately, Jim’s jubilation was short lived. An hour later, he began to feel the burning in his gut and in his chest. Perhaps it was something he had eaten for lunch, he thought. His wife called an ambulance, but it was too late. Jim died that afternoon of an apparent heart attack on the way to the emergency room. 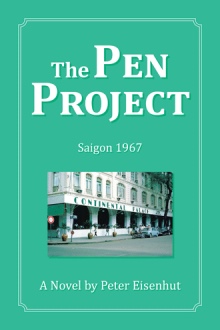 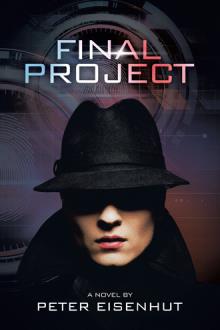 Do not let the title fool you. This story has absolutely nothing to do with a flood control project or a Parks and Recs project! As in his first novel, the Pen Project, the author, Peter Eisenhut, combines espionage, romance, and historical events into one suspense-thrilling story. The Boulder Creek Project takes place in 1988, twenty years after the Pen Project. The author recounts a last-ditch effort by the Soviet Union to maintain their image as a powerful worldwide nuclear force by crippling our missile defense early warning system. The Soviets conspire with the Chinese to introduce a Trojan virus into computer code that the IBM Corporation is about to release to the Department of Defense. Jon Wilson, now a high-level officer in the CIA, enlists the help of Peter Troutman, now a senior-level employee at IBM. They work together with the FBI in an attempt to save the United States from Soviet aggression. Will they be able to prevent the occurrence of a doomsday scenario?

Peter Eisenhut lives in Columbia, Maryland with his wife Jean, and is proud to say that he and his wife are the parents of five, the grandparents of nine, and the great-grandparents of two. He is a graduate of Cornell University and the University of Rochester with career experience in the fields of operations analysis, business planning, and management. For much of his career, he worked for the IBM Corporation, retiring after 25 years of service. Then for almost 20 years after that, he managed his own consulting business. Peter has always enjoyed writing and public speaking, and during his career, he published and presented many technical papers. Now, when not spending time on family matters, he does volunteer work, watches TV mysteries, and writes novels based upon his career experiences. His second novel, The Boulder Creek Project is a sequel to his first novel, The Pen Project. You may read more about these books and about the author on the following web site: www.PeterEisenhut-Author.com