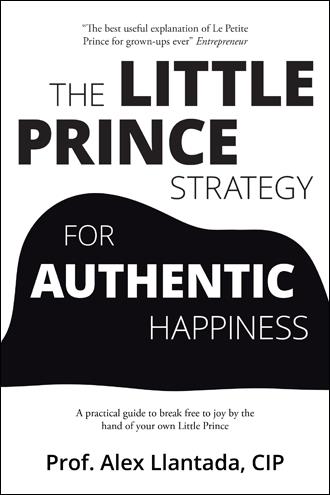 House of Cards. The man arrives home. Tired of work, he wants to distract himself by watching his favorite TV series: House of Cards. He grabs a blonde Dutch beer out of the fridge. Everything seems enjoyable and pleasant; a cold beer accompanied by spectacular fictional personages brought from United States politics. At each sip of his almost frozen beverage, he watches intrigued by how the TV show ́s plot unravels: multiple treasons, deceits and selfishness. Meanwhile, with excitement, he remembered everything that happened at work. He compared these fictitious “politics” with his own experiences in the office. He turned the TV off, now with an empty bottle of beer in his hand and with certain melancholy, he pondered. He understood from the bottom of his heart that that Machiavellian path would lead to nothing but other people and one ́s suffering. And he thought to himself: “Not many people know, but Machiavelli was tortured and he gained nothing in politics by his way of thinking”. Furthermore, the real prince the book was inspired by preferred a mastiff to the book Machiavelli offered him as a gift. Things sometimes are not what they appear to be. Neither House of Cards nor Machiavelli are a panacea or a solution to anything. He stretched his arm from his sofa, with his eyes closed, in a deliberate act of fantasy, towards the books he used to read as a child. He hoped to find something that would take him to a better place, a different world. A world that, without embarrassment of looking crazy, he could call magical; something that he could really enjoy and share. The man opened his eyes and with a smile he found out he had the Little Prince in his hand. He read it with pleasure and with a renewed view after so many years. He set his mind on designing a general strategy for success, a secret to be found in the conversations with the Little Prince. He had the intention to unveil the real aim of that book, with a new perspective which could serve others well. Here is the first part of the conclusions he wrote in an old notebook that he reused. It was once his childhood’s diary. I. Learn to distinguish those who understand you from those who don’t In your relationship with your bosses, employees, colleagues and clients, learn to tell who you can talk to about a boa that ate an elephant from those who only see a hat. To the latter, talk about golf, football, politics and ties. With some, you can speak from the heart and with others from reason. They will only understand you if you speak in a language that they comprehend. II. Attend to your inner child You will be much occupied in serious tasks, putting that urgent presentation together, accounting for the expenses that you have incurred, writing a complaint letter or fixing your broken down airplane in the middle of the desert, when a small child will come to you and will call your attention with weird requests and questions: —Draw me a sheep!... I don ́t like it! Another! If you ignore the child, you will be missing out on one of the most important things in life: imagination... to draw in your mind that thing that shines from within that you have repressed. What do you dream about? Maybe you are an engineer, but you have thought of learning how to carve wood. You might be an accountant and want to set up a candy store. Or perhaps you are just a pilot who would like to write a story about a Little Prince, a book that changes the life of millions of people (just like Antoine de Saint–Exupéry). Whatever the case, you should listen to that inner child who annoys you so much with weird things and pay attention to him once in a while. You never know where that child might take you. III. Place in a small box the ideas that due to their complexity are difficult to describe Do you not know how to exactly draw a sheep? It doesn’t matter! Draw a box with holes and put it in there. The Little Prince would smile in satisfaction. Become abstract and simplify. Not everything has to be defined with scrupulous precision. If you do have a plan, forget about putting it off with the excuse: “I really want to ground the idea, I want it to be well defined”. Nonsense! Ideas are sometimes so complex one has to simplify them as much as possible and then explain them. Steven Spielberg once expressed on a phone call with George Lucas what he wanted for his new project: “something fun, like a James Bond”. Lucas had the idea for a “much better character”. On that phone call, with that level of abstraction and simplicity on the language, they created the foundations for a millionaire franchise known as Indiana Jones (maybe the idea of his hat came from the Little Prince, one will never know). IV. Dress the Turk as a European to obtain credibility A Turkish astronomer dressed in salvar (baggy pants), a belt on his waist and a fez hat, discovered the B61 asteroid, presumably Little Prince ́s home planet. But no one paid attention to him. It was not until a Turkish dictator forced his people, under the threat of death, to dress like Europeans that the scientist was recognized and they believed him. The image projected must go accordingly to the circumstances so as to be able to have an effect. What suit will you dress your idea in? The truth, as truthful as it might be, is n ́t enough on its own; it has to be gift wrapped and the wrapping paper must change to suit the recipient, either with teddy bears for a child, pink for a woman, texturized paper for a Japanese person or yute for a Mexican.

This book is useful for those people who believe that a different path awaits for them and those who sense something better but don't know what it is yet. The Little Prince tugs at your clothes to tell you things he wants to get done because he does know what is good for you. He says so insistently . . . fearlessly. Millions of people have read The Little Prince as kids. And those reflective ones have been left with a sensation that there's something else behind each character's words. A glimpse of guidance of wisdom is perceived. Innocent wisdom is, therefore, valuable. It is absurd that having in our hands the key to happiness since we were children, we resort to the Prince of Machiavelli (consciously or unsconsciously) to sort out our lives. Intrigues, selfishness, distrust, disloyalty—all are part of the strategy we use day by day: the Machiavellianism. That strategy is the root of sadness, suffering in companies, countries, and in our own lives. Why not let your childhood's old buddy walk along with you?—that Little Prince that annoys you with weird questions. Why not give your childhood's buddy—that little price who asks awkward questions—the opportunity to walk along with you. Let that little fellow guide you to authentic success on an adventurous journey through an infinite and unfamiliar world: your inner self.