Coco Through the Looking Glass 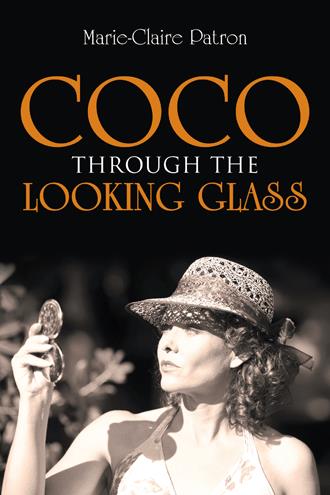 Hansel, Epitome of a Breadcrumber Hansel’s outline immediately resonated with me. He, because I believed him to be a male, approached me, ostensibly secure in the knowledge that his carefully structured profile would achieve his shameful objectives. His personal page exhibited four photos with the Ray-Ban sunglasses firmly affixed to hide his blue eyes in all shots. He exemplified the image of the flawless, suave and sophisticated wealthy businessman from Brisbane, proudly promoted on the dating site. 51-year-old, dark and handsome professional, close-shaven, distingué, with only the hint of grey hair above his temples, 6’ Hansel was impeccably groomed. He spared no expense in fashioning his profile to attract like-minded women. In one image, posing in his tailored suit and white business shirt, unbuttoned seductively to show a relatively smooth chest, his chosen stance denoted the end of a long, satisfying day at work. The next photograph depicted the casual Hansel, seated at the wheel of his Prestige 4x4, construing the image of the debonair, well-to-do Australian male poised to enjoy fabulous weekends away (a feature reiterated in his written introductory message). The next photograph was engineered to show his sense of humour, portrayed through a Selfie, posing with a Kardashian pout. Lame, I agree but I was ready to forgive him anything. The final photo, in a t-shirt showing his abs and six-pack, was posted from a bedroom with a sardonic smile on his face, completing the image of a quirky, athletic male, still sporting the sunglasses. How could I possibly resist even if I hate Selfies, with a passion! Hook, line and sinker! I fell for this guy and after a couple of messages online, Hansel quickly volunteered his phone number so that we could both get off this “Zoo.” Fascinating insights into the typical language used by Breadcrumbers follow. Fortunately for me, half way through the month-long interchange, the article on these tactics was brought to my attention. I played along for another two weeks before confirming the ruse, whilst hoping, just a little, that I was wrong. Ever the romantic. Certainly, the eternal optimist. I began by asking for a photograph that showed Hansel’s blue eyes. Hi there Young Lady. You do know you are the lady of my choice… exquisite, refined and delightful. Would welcome the chance to meet you… My eyes are blue/green. You can see for yourself soon  When I concurred that dark hair and blue eyes were an attractive combination, Hansel needed no further encouragement, stating, Seriously, you are the refined princess I seek. Love the complexion. Love your pronunciation of the English language, correctly and accurately spoken. Love your look. So very attractive to my eyes 👀Catch up SOON! After a little while, in answer to my text, “Enjoy your day”, Hansel grew more brazen as the days progressed. The ensuing messages went up a notch, “Hi Sexy! You to, my exotic dream xx.” When I became sassy, responding, “That’s funny! Why don’t you hurry up and meet me then?” Hansel added, “I hope young lady I do hope there is an amazing connection as my lips are so lonely .” Trying not to throw up by this stage, this last message confirmed, sadly, that Hansel was actively engaged in his Oscar-hopeful winning performance he probably believed would go the distance. I began to wonder if Hansel was in fact Gretel? No proof of course. I continued to play along, curious to see how far he would go. “The little boy in me wants your hand in mine. The man I am desires you. Exotic Princess… a chance to taste your lips is all I ask for now… H. XX.” Emboldened by the tone of the text messages, with no encouragement from me, Hansel was on a roll and decided to step up another notch, sending me a message in Italian, “Tu sei una bella donna . Yes, we need to meet please, very SOON Exotic Princess.” When I responded in a complex message in Italian, Hansel was lost and reverted to English. I am about to drive sweet. But thought I would make you smile with my message xxx Oh and p.s. I WANT YOUR LIPS ON MINE ❤️❤️ I will not be coming down today (as promised). I will come tomorrow xx I kept up the pretence. All in the name of research. This was tantamount to a harmless version of a honey trap. The “long awaited meeting” was for the following Tuesday. Hansel apologised for the fourth time since our first chat, saying that his crazy schedule precluded a visit to the Gold Coast. He had visited his son on the Northern end of the Coast on three consecutive weekends but had not found one hour to meet me for a coffee. He evidently took me for a fool. See you SOON Dream Girl. You are Devine. The primal man within desires you strongly beautiful xx. Kiss me when you can! My last text, after a month of this contrived and ridiculous tone of exchanges, convinced Hansel that the game was over, finally, as he had no intention of showing up. “That will depend on you during our first meeting…” were my last words. The rest is history as they say, because the expected rendezvous never took place. When Hansel resurfaced on another site, my sarcastic and dismissive remark was enough to scare him off for a few weeks at least. Well, well! Young Hansel. So, we meet again! Or not! What? No more breadcrumbs? Although this quip was most satisfying, I was by that time disillusioned by the games that I witnessed online and was on a mission to warn other unsuspecting women; hence, the release of this personal chronicle. I refused to allow this disheartening experience to dampen my enthusiasm in my search for love. I will not tolerate the attempts of any individual, male or female, to extinguish my trust in human nature. My resilience and spontaneity will help me find my bearings.

Coco is a vivacious and enthusiastic romantic on a determined search for the one true love of her life. At about two times the age of a regular princess (or even more), she fearlessly pursues her fairy-tale ending by embracing the paradoxes and age-defying opportunities offered by the modern age. Bolstered by the notions that “fifty is the new forty” and “divorced is the new single,” she ventures into the medium of the internet, a space where all things old are excitingly renewed to search for “the one.” The fairyland of online dating proves to be populated by characters very much akin to those found in fairy tales of old. There are some trolls and other downright dastardly types and others of beastly appearance who turn out to be kindly. There are also some wily witches who try to trap and ensnare. Fortunately, the fairy godmothers (BFFs) mentored Coco through the Black Forest. So will she find the dashing Prince Charming and live happily ever after? Read on and see!

Dr Marie-Claire Patron has been at Bond University, Australia for 27 years. She is Assistant Professor in Intercultural Communication and Head of French and Spanish Language. She has taught, interpreted and translated in Australia and Europe, including eight years in Spain for business, law, banking and the building industry. Her current research areas are (auto) ethnography, narrative and the internationalisation of students. She holds qualifications in Languages and Linguistics (BA, Monash University, Victoria; Graduate Dip Ed, Rusden, Victoria; MA (LOTE), Bond University, Queensland; PhD in International Studies, University of South Australia). Coco through the looking glass is Marie-Claire’s sixth book.