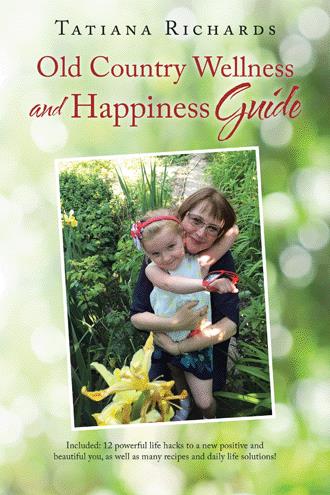 Chapter 3 …Make Lemonade Right after college, I got a job at the State University and at the Institute of Physical Education. A few months later I was offered a job at the Presidency of the Republic of Moldova. I am proud to have worked for the first President of the Republic of Moldova, Mircea Snegur. I even have a Letter of Reference from him. Maybe one day I will put it up for auction for eBay. Any takers? It was an exciting experience for a fresh college graduate to see all of the dignitaries visiting the Presidency. Although I was twenty-two, wearing a suit and trying to portray myself as a serious person, it was the most difficult feat, as I was still very childish. I worked in the Protocol department and one of my more regular responsibilities was to greet certain guests visiting the Presidency. It must have been after lunch, I washed my hands and noticed that there weren’t any paper towels available. Rather than run to the closest washroom to grab a towel, I decided to waive my hands around as a music conductor would do, so they would dry naturally. While exiting into the lobby, I noticed that one of the guests I was to greet had arrived early. I quickly rushed over, still practicing my greeting in my head. Before this, I tended to stumble over my words, as my mouth often couldn’t keep up with my thoughts. I prepared to execute the best introduction anyone would have ever heard, and upon greeting him, I completely forgot that my hands were dripping wet. We shook hands and I will never forget the look on that man’s face. I could tell immediately that he’d never had an experience this level of peculiarity before. And I learned two things that day: one, I’ll never make it as a conductor, and two, always dry your hands because you never know whose hand you’re going to have to shake. I attribute my success at the Presidency to my parents. They truly raised me into a strong-willed, intelligent and brave young woman. Because of them, I was lucky to have an amazing time while working for the President. I’m still good friends with a former member of the House of Commons of the United Kingdom, whom I met during that time. Unfortunately, the President lost the next election and the staff was forced to resign. It was a hard punch from life and a disappointment because I truly enjoyed my work, but I didn’t dwell on it for a long time. Like I said, my parents raised me strong. I knew that this was meant to pose as a stepping-stone to something greater. If I didn’t lose my job, I wouldn’t have had all the amazing opportunities that came after. I wouldn’t have had the chance to work as an intern at the French Alliance, where I would later be introduced to British American Tobacco, a job that would set the foundation for my corporate acumen. That prepared me for my job at Grey Advertising, the first American advertising agency in Moldova. There, I worked as a professional in advertising and became one of the most well-paid executives in my group of friends, with the most exciting career someone could ever imagine. I worked on TV and radio commercials, promotions, sweepstakes, concerts, interacted with amazing business people from France, Germany, the United Kingdom and Romania. I had a rush of adrenalin on a daily basis due to the varied responsibilities of managing my international clients. Being a successful business-minded person led me to meet my future American husband, who was exploring various options of initiating adoption process of Moldovan children to the United States. As we both fell crazily in love with each other at first sight, he later brought me to America. My experiences have led me to firmly believe that what happened to me was the best possible thing that could have happened. And that is where a very new and different chapter of my life started! Chapter 4 When the lemons are bad… I never believed I would have a culture shock upon my arrival to the United States, as I thought of myself to be a very cosmopolitan woman. I went to study abroad at the University of Sibiu in Romania, and although a neighboring country, it was still completely different from a cultural standpoint. Many lecturers that taught at the University of Sibiu were from the United States. I got along with them very well. Kimberly, my first American lecturer, patiently taught me English by reading Bible verses when I didn’t speak a word of English. Somehow, one day I truly started understanding what I was reading. Kimberly’s warm and big heart made me fall in love with American people and totally forget the propaganda that the Soviet Union spread about Americans over the years. All the Americans I was surrounded by were kind, professional, dedicated and confident people. Due to all of these attributes, and more, I thought when moving to the United States, that everyone else would be exactly like the American men and women I had the pleasure to meet and work with. I thought I knew it all when I came here. Boy, oh boy, was I wrong! A short period of time after the move, I started having uneasy feelings. Everything was so different from what I’d expected it to be. Aside from the obvious, that America was far more industrialized than I could have ever imagined, the people weren’t exactly what I’d pictured either. Regardless of the beautiful places my husband took me to, I couldn’t help but feel an overwhelming sadness, an emotional deterioration. Although this was supposed to be a dream come true, as we were becoming successful, and we had everything we needed, I just wasn’t happy. I began thinking there was something wrong with me.

"This work is not simply a “think positive” program. The author seeks to face crises and life’s difficulties head on by pointing out that it is not our circumstances, but our minds that are pivotal in how we feel. She steers us towards the importance of our thoughts and interpretations of our experience, rather than simply feeling bad when things only seem to be going wrong. This includes the importance of cultivating a healthy faith and spirituality. The author generously shares about her life and struggles and how she came to not only survive them, but also how to work steadily towards a life of health, joy and gratitude. It is hard to describe this work because it covers so much ground. Is this the guidance of a loving and nurturing friend or life-coach, a healthy and dietary guide, a guide to better emotional health, a self-help book, or the work of a spiritual guide? Happily, it seems to be kind of a combination of all of these. There are no quick fixes here. However, the material is written in a way to personalize your health improvements by setting goals, with flexibility, but with an urging to be persistent and find creative ways to integrate these healthy habits into the reader’s life." Steven-John M. Harris, PhD Licensed Psychologist Newport Beach, California

After Tatiana’s joyful personality became overshadowed by deep depression, she embarked on a long quest of self-discovery. Her goal was to regain the emotional and mental health she had lost. Following extensive research and personal experiences, she identified 12 easy-to-follow life hacks that ultimately brought joie de vivre back to her existence. Tatiana is graciously sharing those useful practices and tools with her reader.