This Energy Healing Stuff Is For Real 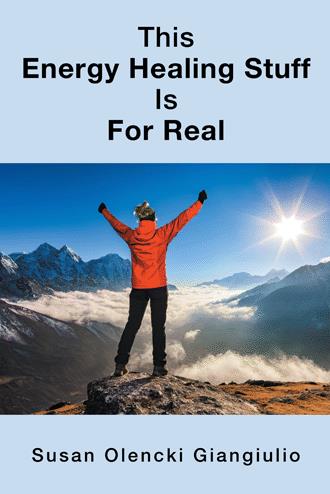 I’m always very aware of all that I’ve been through. I

wanted to box it up, but that doesn’t work long-term.

So, how do trapped emotions occur?

Energy imbalances, due to trapped emotions, can occur in multiple

ways, even to children and animals. Trapped emotions can be

inherited or absorbed. They can develop because a person does not

live in the moment. They can also occur when a person becomes

overly stressed, even by just dealing with daily life. Following are

If one stops to think about it, we are the creation of both of our

parents. We not only inherit DNA from both sides of our parents’

families, we also inherit their trapped emotions, held in cellular

Nancy, a friend, had a weak left arm. One day we were

just visiting. When I learned her left arm had always

been weak, I asked if I could do some emotional release

work with her. She agreed but was not sure what she

should expect. A few released emotions later, after a

miasm, or a maladaptive inherited energy came up,

she revealed her Dad had suffered the effects of polio

on his left side. She then understood the emotional

connection she had to her father’s dis-ease. The next day,

her left arm was “normal.”

Trapped emotions can occur by subconsciously absorbing them from

others. By the way, this is particularly true for empaths, those who

sense other’s emotions, especially if they forget to protect their own

One time I was in an office waiting to speak with

someone who was finishing other business. A man I

knew came into the office. When we began chatting

to pass the time, I was feeling fine. However, as he

shared information about his daughter’s upcoming

surgery, I felt as if I had just been gut punched. The

pain was intense, and I felt like I was going to either

pass out or puke. I left without talking to the person

I went to see. When I got into my car, I did emotional

release on myself. Because my emotions seemed

inappropriate for the situation, I asked my higher

self if these emotions belonged to me. The answer

was “No.” To whom did they belong? They belonged

to the man I was chatting with in the office. Why was

I feeling them? As an empath, I had not put up my

protective energetic shield, and I had absorbed his

emotions. I took a few moments to clear the emotions,

and I energetically sent them into the loving white

light of God. I kid you not, as soon as I did all this, the

I worked with a baby who cried for a good week after being born.

By a fluke, the parents discovered the baby’s collarbone had been

broken during birth.With the mother’s permission, I released several

emotions, including a few (such as “guilt”) the infant had absorbed

from the nurse who had assisted in the birthing process. What struck

baby’s life and given him challenges into adulthood.

A male client often spoke with a teenager in his

extended family. Due to her parents’ divorce, she was

experiencing major trauma in her life. We discovered

that the majority of the emotions released during

our sessions had to do with the client absorbing the

emotions of his teenaged relative.

As an energy healing practitioner, I am finding that emotions

absorbed in utero play a major factor in many people’s lives. During

any state of development, the fetus absorbs emotions primarily from

the mother in the womb. These emotions are not inherited as they did

not arrive with the parents’ sperm and egg.

Baby Zoe is an example of absorbed emotion in utero. Her emotions

were absorbed by her as a soon-to-be-born baby. If I had been unable

to help release the emotions she had absorbed from her mother, she

where they came from or why she had them. The resulting symptoms

would have been almost impossible to trace.

she learned she was having twins. I was unaware of these emotions

until I was a full-grown adult. Through emotional release work, I

of those trapped emotions in utero.

A mother had privately wondered if her 10-year-old

son was on the autism spectrum. She wondered if

there were any trapped emotions manifesting as his

behavior issues, and asked if I would work with her

son. I agreed. She was present the entire time in case

either her son or I had any questions. Every single one

this spontaneous session) was an absorbed emotion

from his time in utero. When I questioned the mother,

she shared that she did experience many emotionally

stressful situations while she was pregnant. The

mother continued to work on the issues that came up

in our session, and I am happy to report that she, and

her son, have both noticed a shift in his demeanor and

A very common way to develop trapped emotions or energetic

mindful. Put another way, we can trap emotions when we live by

habit or when we are not paying attention to our actions and emotions.

In This Energy Healing Stuff Is for Real, Susan Olencki Giangiulio writes in easy-to-understand terminology. Her relaxed and informal writing style seems to place her in your company, conversing with you. She deftly explores the origin and various healing modalities of energy healing; describes the spirit, body, and mind connection; and explains how unresolved emotions create havoc in the body, demonstrated through personal and client experiences. Susan shows how having gratitude and faith, living with intention, and releasing stuck emotions can shift one’s thinking. When one’s thinking changes, one’s health and outlook on life also change.

Susan Olencki Giangiulio is a wellness advocate and a practicing energy healer, specializing in emotional release healing since 2009. She is a certified practitioner in The Emotion Code, the LifeLine Technique®, and other healing modalities. She also integrates essential oils into her practice. Susan took a circuitous route to becoming the wellness advocate she is today. She began her career as an international fashion model and segued into managing a garment showroom in New York City. Later, she held various positions at network and affiliate television stations. Due to lifelong scoliosis, she began, in earnest, her current journey: delving into the various holistic approaches to healing the body. Susan was born and raised in Ann Arbor, Michigan. After graduating from the University of Michigan, where she earned a Bachelor of Arts degree in Education, she lived and worked in New York City, London, Barcelona, Zurich, San Francisco, Monterey, Sacramento, and Naples, Italy. Prior to getting married, she earned her Master’s in Education. She currently resides in Florida where she owns a wellness business, Back to Basic Wellness (www.b2bw.us), with her husband Tony, a retired Air Force officer.