The Grandkids’ Guide to Atlantis 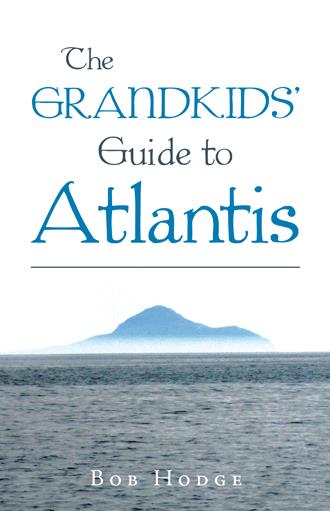 The set of packages arrived at different times to different people in different places but it was the same package. A padded envelope, plus two boxes. One had a computer company logo on it. Obviously a computer. The other was covered with protective wrapping. What could it be? All from the same sender on the back: Professor Michael O’Connor, c/o Richards, Patrick and Associates, Legal Practitioners, Martin Place, Sydney. ‘That’s Grandad!’ Chris exclaimed as his brown hands tore the padded envelope open, sitting on his messy bed in his crowded room in his small home in Mt Druitt, Sydney. The mysterious boxes created even more space problems. ‘But he’s dead. Isn’t he?’ Demi had got home 20 minutes ago, and just as well. She had to sign for it. Mum was home but not answering the door for the usual reasons, and Dad was still at work. Demi said nothing as she opened her package, but she was just as puzzled and excited. She took out the enclosed envelope. It was addressed to her by name: Miss Demetra Vine, 125 Brookman Road, Peppermint Grove, Western Australia, 6016. Rather formal. Mum and Dad only called her Demetra when they were cross with her. But Grandad wasn’t cross, was he? Loving, but distant. As well as being dead. Was it for her birthday? In the past he always remembered that. But that was still five weeks away. Alex didn’t open the enclosed letter at first. He was more fascinated by the objects in the bottom of the padded envelope. A blue 132-GB flash drive. That was his kind of language. They called him a Nerd, but he was happy that that was what he was. It was what bound him to Grandad. An I-phone, also blue. He already had one, but this looked like the latest. It could probably do even more than his present one, especially as part of this system. And knowing Grandad it would be part of a system. And something that looked like a compass, but set in a box with controls. An analogue-digital hybrid? Probably GPS-linked. He was puzzled. He’d never been into compasses. They were old technology. Though this was obviously a new form of that old technology. One box obviously contained a computer. He opened the container and set it up. A laptop. He already had one, but if Grandad was sending him this one it would be bound to be better. State of the art. Huge memory, rapid processing speed, all the bells and whistles he had ever read about, and more. Grandad was not only a Nerd, he was a Professor of Nerdery. ‘Professor of Digital Futures’ was Grandad’s title, long words just to say that he and Grandad were the same. Nerds. Alex held the stick as if it was communicating directly to him. From Grandad to him. And from him to Grandad?

WHERE IS ATLANTIS? Plato the greatest Greek philosopher first revealed this ancient lost civilization, but no-one believed him. It’s the world’s most famous mystery. WHO CAN FIND IT? Not Chris, Demi and Alex, surely. They’re too young, with too many problems of their own. But they’re given a mission by their Granddad: ‘Follow my clues and find Atlantis. Which I never could.’ He was a super-Nerd who knew Greek. But dead. Wasn’t he? THE ISLAND Granddad’s tech takes them back to deep time. Plato becomes their friend, Athena their goddess. They stand on Atlantis and see what it was and how it fell. They succeed where top scholars failed. And along the way Atlantis provides some neat solutions to their personal problems.

Bob Hodge earned his PhD from Cambridge and is a Fellow of the Australian Humanities Academy. He spent thirty years searching for Atlantis on land and sea, in ancient texts and sacred sites, while using his mind, soul, and computer. He is the author of twenty-two scholarly texts, but this is his first young adult novel.