The US-Japan Relation in Culture and Diplomacy 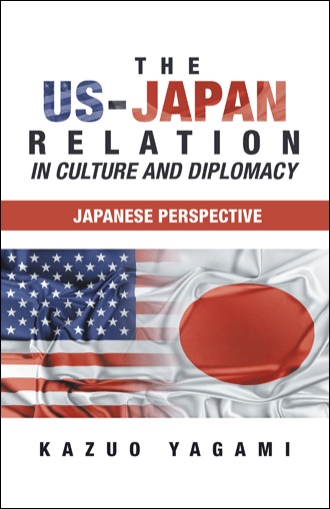 With the end of the Cold War and the subsequent drastic changes in world economy and politics, the U.S. – Japan relation inevitably faces the uncharted phase in their encounters with each other. It has been the nearly three decades since the end of the war, neither nation has yet clear sense of idea what the U.S. – Japan relation should be like in this new world setting. Albeit such uncertainty and radical changes in their relation, the United States and Japan still stand today as economic powerhouses and share their successes in building a modern nation based on the ideas of democracy and capitalism and making a significant contribution to the development of the Pacific as a pivotal region as it is today in world politics and economy. Regarding their outlooks, the two nations are almost identical, particularly in a material sense. In the eyes of some, Japan is a “miniature” of America. Such similarity on the outlooks of the two nations, however, is deceiving. Despite such parallel in similarity, no two nations are as apart as the United States and Japan culturally and historically.

The book examines how the United States and Japan—despite their sharp differences in cultural, historical, and geographical backgrounds—established a bilateral and clear linkage with each other by exploring their encounters with one another over more than one-and-a-half centuries with close focus on culture and diplomacy. The author desires that this examination contributes to an establishment of a better understanding of the relationship between the two nations, which aims to clarify stereotyped ideas and misunderstandings that from time to time can lead two nations to a confrontation against each other. Moreover, this study sheds new light on determining twenty-first century relations between the United States and Japan and putting an end to the nearly three-decades-long uncertainty in their relationship.

Dr. Yagami, a native of Japan, earned his Ph.D. in East Asian History at Florida State University. He is currently teaching at Savannah State University as an Associate professor. Dr. Yagami is specialized in the fields of modern Japan and the U.S. – Japanese relationship. As his major publications, Dr. Yagami, in addition to his numerous articles, has two books: Konoe Fumimaro and the Failure of Japan in Peace 1937-1941: A Critical Appraisal of the Three-time Prime Minister of Japan and The U.S. – Japan Trade Friction – the 1980s and the early 1990s: Japan Bashers and their Views.