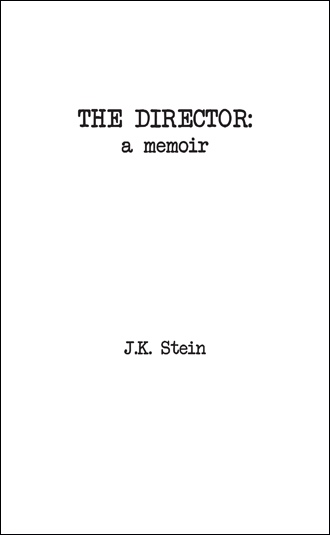 The Director returned. “We lucked out. Last room. It is going to be small but I really need to get to know you fast and I have found that the doctor/patient scenario just gets the job done. You’ll see what I mean.” With that, I took one last sip of my Pellegrino, picked up my purse and piece-of-shit umbrella and we were off. He gave me a tour around the ground floor along our way to the elevators. It was beautiful—well in a Teddy Roosevelt kind of way—lots of taxidermy. There were heads everywhere. It was almost as if the entire animal kingdom was watching me. It reminded me a lot of the Roosevelt mansion on Long Island. We stepped into the elevator and ascended up to the fourth floor. Room 421. It was a bit of a maze, but I navigated it well. The whole floor was like an elegant dorm—like a Smith or Bryn Mawr, for people who identified as heteronormative men or something. He worked the key. I secretly hoped it wouldn’t work so that we could delay the evening a bit. Maybe it would be midnight before we even got inside. The door opened. “Apologies for the small size,” he said. “This shit hole looks like a dorm room.” “It isn’t a problem,” I muttered. “It’s actually larger than my studio. Really, it’s fine.” He explained that the best way to do this would be for us to play the parts of analyst and analysand: “You, on the bed; me on this chair,” he commanded. He dimmed the lights. I had a momentary freak out, not knowing what was to come so I kept as many of my clothes on as possible, heels and all so that I could run if necessary. I wrapped my scarf around me for extra coverage. In addition to wanting to be ready to run at a moment’s notice, I wanted to make myself as sexually unappealing as possible. I laid down. The bed had some magical memory foam and it was hard for me not to just fall asleep. Big meal, dim lights, warm clothes, very long day—Do not fall asleep, J, your life is at stake. This is a recipe for disaster. Don’t be an idiot. I recited these words to myself hoping that they would help me stay smart and alert. He started in… He explained that I was not to think too much and also just to say whatever came to my mind. “So, what are your feelings?” “About what? That’s a vague question.” “About this. About being here, in this room, at this time.” I thought for a moment. “Nervous. Ambivalent. Adventurous. Cautious. Uneasy…Healthfully uneasy. Prudently cautious and curiously intrigued.” “Good, because if you let your uneasiness take over, we wouldn’t get anywhere. You know what I mean? Why are you nervous? Well wasn’t this a dumb question. Oh, I don’t know. Maybe the fact that I don’t know you. Maybe the fact that you, a skeevy 64-year-old man, just locked a 22-year-old female in a small hotel room at 9:00PM. I don’t live with anybody and I haven’t told anybody what I was doing this evening. I wish I had the balls to say something like that, but I didn’t. Not now. I continued to stare at the beautiful brown antique chandelier for answers. How much should I even tell the strange and creepy bigshot? I got up the courage to speak, “I don’t know. I just don’t know what to think. I’m excited though.” “So, the way this works is you are now alone in the room with a penis. What do you do to it?” You have got to be kidding me. “Um, look at it.” I didn’t want to be here anymore. This was not fun. The Director looked intrigued: “And then what do you do?” “Watch it.” “And then what do you do?” “I keep watching it.” I was hoping that maybe he would tire of this game and let me go. I felt suffocated by his perversities. “Are you touching it?” “Nope, I am just watching it.” I could tell he was getting kind of annoyed with me. “OK, then what is it doing?” I didn’t want to make him mad so I played his game, but in my head I wasn’t imagining a penis at all. I was thinking about Eve Ensler’s Vagina Monologues and all of the silly things she wrote about vaginas. This made me feel kind of empowered. You know, knowing that I could anthropomorphize sexual organs without sounding weird, and also knowing that I knew something that he didn’t. That I saw right through his penis and he thought I was playing his game. So I turned his so-called penis into a hamster. The things I said about his penis were really things I imagined I was watching a hamster do. “Dancing,” I responded enthusiastically. “Dancing. OK. So, you’re alone in the room with a penis and you are watching it dance. Then what do you do? “Well you see, it is a very long and drawn out dance, so I have to just watch it for a while.” I was enjoying watching this adorable hamster dance in my mind’s eye. The Director kept waiting for more and the silence made me uncomfortable so I continued talking. “When it gets to the climax of the dance, I hold it.” “I see. And when is that moment in the dance?” “I am not exactly sure, but somewhere in the middle. So, then I start

J, a recent college grad, met the Director almost a decade ago when he approached her at a coffee shop on the Upper West Side. He complimented her beauty and told her that she was what he needed in order to realize his next film. Their exchange of phone numbers that afternoon marked the beginning of a five-year-long abusive relationship. The national #metoo movement has inspired many, including J. K. Stein, to challenge the stigmas surrounding sexual assault and to share their personal stories. These unedited journals and their subsequent analyses offer readers a glimpse into the painful realities of sexual abuse and the ways in which giving consent is more complicated than a simple yes or no. J. K. Stein’s memoir invites readers to step inside the mind of a young woman trying to find herself in the face of power, manipulation, and self-hatred. At its heart, this book offers analyses of abjection; the grotesque; consent; what it means to override one’s feelings when the stakes are high; the ways in which selling one’s body, even when never paid, might be read as a form of prostitution; the impact of these actions on self-image; the ways in which the author’s choices were motivated by her distorted body image and long-standing eating disorder; and finally what it means to have an opinion but no voice. Today the author has found her voice.

J.K. Stein is a writer, dancer, survivor, and avid journaler. Since engaging The Director, she has fallen in love with both butter and a wonderfully respectful man, two things she denied herself for far too long. She is the author of many books and articles. This is her first memoir.