A Sweetheart for Christmas 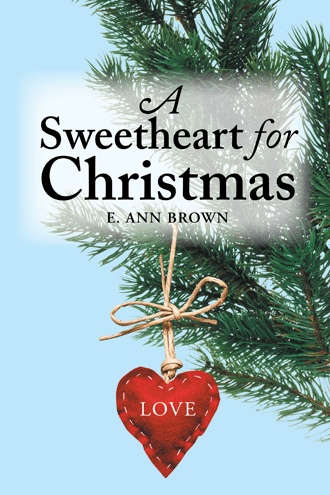 We went to a lot of the points of interest that were my favorites. While we were in the car together, I took the opportunity to ask Henry why he was interested in relocating to this area. “I read an article in the Church magazine and I wanted to get to know the author of that article. The article really touched me deeply and I wanted to meet the one who wrote it.” “What was the article about?” “It was about the 23rd Psalm and it appeared in the issue around June. Do you know who wrote the article?” When Henry said that, I was speechless for a moment because I had written that article under a pen name. “Actually, I do know who wrote the article; it was me. I used a pen name because my kids asked me to; they didn’t want people that we know to recognize who wrote it and they would not have to be embarrassed.” Henry laughed out loud at that response. Then he told me that he had already guessed that it was me as a result of all the discussions we had shared over the phone. “That is one of the reasons I wanted to ask you to marry me. I had been ‘interviewing’ you during our phone conversations and you didn’t even realize it. By the time I told you that I wanted to come for a tour and to propose to you I had already made up my mind about you. My mother told me, before she passed away, that when the right woman came along I would know with no doubts; and when I did know that I should take action quickly or I might lose her. My mother was a wise woman and I am taking her advice.” “I admire your mother and I didn’t even know her.”

What if a random statement that you made actually happened? What if that event ended up changing your life in a way you never even dreamed possible? If you read this story, you will find out. You will rejoice, you will laugh, and you will cry. You will be amazed, and you will be disappointed. But isn’t that what happens in our real lives? Bad things do happen to good people; and people of faith seem to persevere and ultimately experience a good outcome. This story has many life situations that are very challenging, but because of the love the two main characters have for each other, they were able to persevere and prevail. After becoming empty nesters for only a short time, a surprise they never would have anticipated came to bless their lives more than they could have imagined. Sharing their life with children because of the children’s misfortune was heartwarming and a blessing for all concerned. Illness has a way of wiggling into our lives, often without warning, but it does not have to defeat us. These situations can end up making us stronger in faith than we were before. Happy endings are always encouraging. Read and enjoy!

E Ann Brown is a retired primary school teacher with many interests. Her formal education background was in the field of education but has considered herself a life-long learner and has studied in many other areas as well. Ms. Brown home schooled her four children and had a home school consulting business where she developed custom curriculum plans for other home schooling families. Ms. Brown has done many things in her life, but writing has been a part of her life since she was teen babysitter. Her first stories were those that she made up for children she was sitting with on the spur of the moment. She has been a story teller throughout her life. Though A Sweetheart For Christmas is fiction it is based on a real person who was very influential in her life. The character Henry was a person she met and had a brief relationship with, but who had a tremendous impact on the rest of her life. Ms. Brown also writes about health and wellness issues. She has been living a healthful lifestyle for most of her life and enjoys very good health in her senior years. She is a very spiritual writer and though this is her first published work she is at work on more to follow. Her future writings will include children’s books as well as more fiction novels.