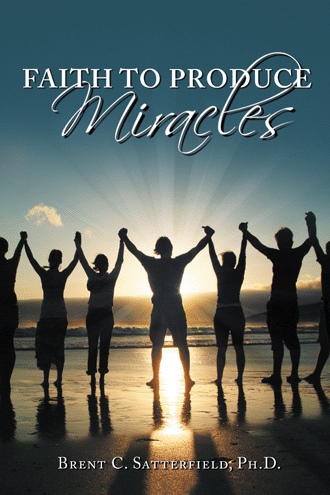 “DADDY!! I know you can heal me!” were the words my 7 year old daughter yelled at me as she continued to wretch. My daughter was very sick, her insides violently rebelling against her. She was in an incredible amount of pain, and I felt trapped in a tough situation. My wife had left the house very angry with me, implying that she would have to consider whether our marriage would make it through the night. And now my daughter was sick, I didn’t have transportation, and I was stuck in an overcrowded camper that we used as a poor substitute for a house. I felt alone, abandoned by God after all of my exercise of faith. I had done everything I knew to help her; I had given her a blessing. I had prayed over her. Even after a year of witnessing others perform healing miracles, I felt like I knew nothing in this situation. I tried it all and nothing was working. In that state, I broke down with the overall circumstances in my life and began to cry in front of my daughter. All she kept saying was, “Daddy, heal me! You can do it!” I couldn’t understand why she was so insistent. I had never really talked to her about my studies over the past year involving people who could work miracles. My faith was running low in my own ability to pull it off, after all I already tried what I knew how to do. It’s funny how a Ph.D. can actually work against you when it comes to exercising faith. The knowledge of what can be done and what can’t be done scientifically can form an imposing barrier nearly impossible to overcome. With tears in my eyes, I told her, “I’m sorry honey, but I can’t.” It was more than a statement of my lack of faith. It was symbolic of me failing her, of failing my family, of failing my wife. It was an admission of defeat, of giving up. This was when her tone of voice changed noticeably. Instead of the voice of a feeble little girl, she spoke with power and strength, “DAAAD!! ASK, AND IT SHALL BE GIVEN!” I looked up. I heard in her voice not only the answer to her sickness, but also to the problems I was struggling with in my life at that time. It was not the voice of my daughter, but the voice of a being of light speaking through her innocent frame. (Read more in Ch. 1) *** While healing was most certainly one of my primary focuses when I was first led to study miracles, I have seen so many more evidences of the miracles that have been described in recent near death experiences. Some who have passed to the other side have seen in vision men and women coming forth on the earth in the near future exercising the power of God in great capacity, changing the nature of matter, having the natural lifetime extended, opening portals to move from one place to another, communicating long distance without the need for technology, having access to knowledge to build beautiful buildings without ever having taken the engineering or math classes that would ordinarily give them that knowledge, conversing in vision or even face to face with God and angels, and so many more. It seems like anything that can be imagined has been seen in these near death experiences and so many of these have matched the Biblical descriptions of scenarios leading up to a change in the end times. As amazing as each of these gifts sounds, I have discovered and witnessed that many of these gifts are currently being taught in some capacity or another in different locations around the world. I felt God leading me forth just to witness these things, almost as a scientist recording data of which the rest of the world is still largely unaware. The beauty of being a scientist is that I don’t have to understand what is happening; I just have to faithfully record it. Then from a non-emotional place, I can try to understand what I have witnessed and make conjectures about how and why it works. More amazing still, is that I, a left-brained, doubting Thomas, have experienced an increase of these gifts as well. Just as I went to a university to study with many professors who were the best in the world at what they did, so too can we study with the professors of the science of consciousness and spiritual gifts. We are not going to them for their religious understanding or their moral stance any more than we would go to university professors of business or science for those things. Rather, we are going to learn that knowledge from them which can be employed in the service of our God. Just as I could see and appreciate the sincerity and life-long devotion in my professors to the pursuit of knowledge and be thankful for what they taught me, let us not throw out the baby with the bath water in our study of those sciences on spiritual gifts just because the teacher is not of our religious disposition. It is my hope that my descriptions of what has created the faith to produce miracles in the lives of others will be of benefit to you. I do not describe the miracles half so much as the faith itself and the techniques for developing that faith. If you want to read about miracles, there are plenty of books out there that discuss these. This book is for developing your faith so that you can have the changes of heart that lead to the experience of miracles. When you understand the foundations of faith as a principle of power and apply those foundations, the miracles will follow on their own. (Read more in Ch.1)

Brent C. Satterfield, Ph.D., believes we have the power to work miracles; and we only need the keys to unlock it. A new science of healing through conscious intent is emerging in scientific literature. But how is this healing done? And what does this appearance of seemingly spiritual gifts mean for those who already have a strong religious faith? Satterfield, a global health scientist and a convert to Christianity, was guided to take a sabbatical to study those with the faith to work miracles. He discovered that the greatest healers and miracle workers often came from philosophies and religions outside his own. His book is a reminder that truth is brightest when we set aside our differences to integrate all light into one great whole. Faith to Produce Miracles delves into the subconscious motives for human actions, reveals the denials of God’s power, and explores methods for purifying and releasing the emotions that direct those actions.

Brent C. Satterfield, Ph.D., is a global health researcher and entrepreneur. In his spare time, he has learned multiple languages, studied the Old Testament in Hebrew, and traveled the world to learn about the science and faith at play in the lives of miracle workers. He and his wife have seven children. He finds his greatest joy in finding and reflecting on God’s light in all its forms and sharing his insights with others. He currently lives in Wichita Falls, Texas.