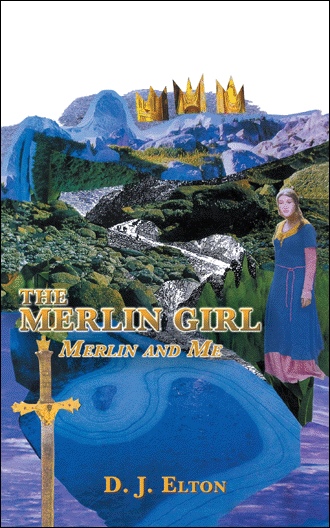 Chapter One Found in the Forest So I went back. Actually I had been found by Merlin on that morning long, long ago. It’s not like I was given to him by my parents or family, or that I went to him by myself. Neither of these. No. Merlin had been out on a walk through the Forest near the Lake. He loved this walk and it improved his stage even more. Here he was walking along so sprightly and dashing for a man (or wizard) over the age of 60, when most people started to think of their mortality and see their expiry time coming closer. Not Merlin. Here he was, the image of immortality, could have been 29 and he strode along with grace, humming at times, passing the trees that bowed inwardly and humbly to his incognito magnificence. Merlin strode through the Forest, and the Forest awoke, as he too also awoke with the vibrance and green energy of the Forest all around him. The Forest sighed in sweet anticipation of things good and all that the greatness of good could do for a Kingdom, a World. And there I was. In some kind of large strong basket made by wise women of the Land. Wrapped in warm blankets of white and cream, almost covering my face and making warm and secure my whole small body. Merlin could not have seen whether I was a boy or girl child, but later I found out that he knew I was a girl and he was pleased and knew it to be right. I can still clearly remember the moment when he stopped, gazed down and look and saw me straight in the eye. I too, eyed him keenly because he was large, larger than life. As he looked into my face, my eyes, reading its shape and colour, and especially my eyes, I felt even warmer and safe, very safe beyond reasoning, and a glance of the future came into my simple child mind. A voice in my head was saying “it’s you” and Merlin was saying softly and thinking also, “it’s you”. In the sight of the future moment I was strong and in my full power and I was helping Merlin to help the World. It came in a second and went as quickly, but I always have held that strong clear thought as it has been the bridge to bring me to where I am today. Then he lifted me. He so tenderly took the basket into his hands as it was such precious cargo. He picked up his stick and continued to stride along. The trees seemed almost to bow in this awe-inspiring presence. We encountered flowers of pale pink and paler peacock grey-blue, which were all joyfully dancing and shooting out light flames of gold. It seemed like a greeting and a celebration all at once, as if the whole of Nature were entranced and enchanted by this marvelous magical man and his special almost-sacred basket. I never forgot this introduction into Merlin and his world.

As the mighty queen of an enchanted kingdom, Gwynfir models the role of responsibility to women and men alike. Her act of betrayal to Arthre, the king, can be seen to have set dire consequences to the kingdom as well as into the corridors of time ahead. Merlin, the one who is closest to understanding all about most things—the knowledge of all and the truth of everything—creates a progeny of apprentices and assistants who will follow his work. One such nameless person is the Lady of the Lake, the narrator of this story. She is given the task to prepare herself, with Merlin as her guide, to go forward into the twenty-first century and to use her powers of the sacred arts to bring back a balance of integrity to the roles of men and women. This takes place in a somewhat unexpected way.

D.J. Elton was born in southern England and came to Australia in the early 1960s with her family. She has always held a fascination for medieval history, Arthurian legend and the capacity of the human mind. In her first book, The Merlin Girl, she combines the three interests with a background of spirit and sacredness. This is something that, as a meditator of over 30 years, she holds true to her heart and wants to share with others.