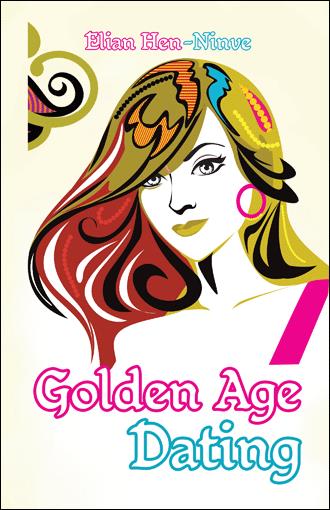 Rey sat in front of the TV, searching for something to watch. She found a show on the documentary channel about a sixty-year- old looking for love. “Okay,” she said to herself, “let’s see what this is about.”

The program featured a divorced woman who’d decided to document her experience in looking for a loving relationship. Rey thought the program reflected a harsh reality. It showed a series of disappointing, embarrassing experiences that made it seem there was something pathetic in the attempt to find a loving relationship at that age. There was nothing positive about the experience. Rey felt angry and sad.

The next day, when she spoke with Batya, her spiritual mentor and best friend, she told her about the program and described her feelings at length. “You know,” she said, “if I’d watch that show without knowing what I do and knowing that it can be different, I might have made an unbreakable vow to never get involved in the dating circle, in order not to expose myself to those experiences. Luckily, I know it can be different.” “True,” answered Batya. “You experienced something entirely different.”

“Indeed,” said Rey. “There are disappointments, of course, and embarrassments, like in many situations at any age. That is part of the process. I can honestly say that for me, it was a unique, enriching experience. I have learned what is happening, what has changed in the interaction between men and women, and what is new. Most importantly, I learned about myself—not to mention all of the people I met on the way. Some are wonderful people, and some are not so much, but I can truly say I would not have passed on this opportunity.”

“So why don’t you write about it?” suggested Batya. “Write about your experience. Write a book, and call it Golden Age Dating.”

“Wow,” said Rey after a moment. “That’s quite an idea. And the title hits the bull’s-eye. Dating and the golden age seem to be unrelated subjects. True?”

“Good time for the young. The golden age, on the other hand, suggests nursing homes, doctors, medication, and geriatrics. But that’s not necessarily true.” Ladies, I have news for you, Rey thought. Buckle up. We are about to hit the road. It’s a road to new horizons and new possibilities from a different angle, if you so wish. It’s your call.

The women of Rey’s generation were expected to be modest, obedient, and virgins on their wedding night. Sex was something they never discussed, a word they could find only in dictionaries. They were curious and had questions but did not have anyone to ask. The girls grew up with bits and pieces of information that showed complete ignorance, such as the notions that boys had periods too and that when people made love, they lay on top of each other all night. That sounded uncomfortable.

Rey got married when she was nineteen after a boring and frustrating military service. She wanted to be trained and become an officer, but at the time, the higher-ups didn’t consider women’s wishes or qualifications, so she was sent to do clerical work in an army camp warehouse.

She wanted to be free and get away from her parents’ responsibility. She loved Amiram, or at least she thought she did. She believed with all of her heart that getting married and having a husband would make up for all of the bad things that had happened to her, and her life would be filled with wine and roses like in the movies.

She was not a virgin on her wedding night, but Amiram was the one who had picked her cherry. Rey had no sexual experience and no idea how things worked in bed. The truth was, she was not particularly impressed with the whole thing. Given the choice between sex and a banana split, she preferred the latter. Amiram thought he was the ultimate lover and a maven when it came to women, and Rey had thought her first lovemaking would be like the description in Hemingway’s book For Whom the Bell Tolls, when the woman felt the earth move, but the only thing she felt moving was Amiram.

It took her four years to realize that marriage was not what she’d expected. Amiram was tall and handsome, with beautiful green eyes and long lashes. He was the hunk in the band and a good guy. However, their life together, with his family in the same house and little privacy, was putting pressure on her and made her uncomfortable. She never had a key to the house, and her mother-in-law was possessive of her son, even hostile at times. After the wedding, she started looking for a job, and when she received her first paycheck, Amiram asked her to give him the money. He then gave her a monthly allowance for lunch and bus fare.

She was annoyed and angry.

Rey started looking for a way to get out of her premature marriage. She was not going to bury her life at the age of twenty-four. If she was unhappy, she would get up and leave. As of now, she was in charge of her life. She worked, and she earned a nice salary, meaning she was independent and needed no one’s permission for anything. Her parents were horrified by her decision and didn't know how to handle it.

Rey’s parents had divorced when she was six years old. When her father tried to convince her to stay with Amiram and talk her out of getting a divorce, she said to him, “You don’t have a say in this matter. This is my life, and I know what is good for me. Besides, you got divorced from Mom, so how can you advise me on the subject?” He answered, “I did not want to get divorced. It was your mother’s wish. To be a divorced woman at the time was quite unpleasant due to the fact that men saw divorced women as secondhand goods—easy prey.”

Rey didn’t worry much about it. Fear of stigma was not a good reason to stay married. Besides, she would cross that bridge when she got to it. Once she’d made up her mind, she left Amiram and moved in with a girlfriend. She took with her only a blanket, a pillow, a bed sheet, a couple of towels, and some personal stuff. She also got a farewell present from Amiram. He said, “You look hot, but the truth is, in bed, you are not worth much.” She felt tremendous relief. She was free to do as she pleased, and that was enough—for now.

When Rey loses her husband in a plane crash a month before her fiftieth birthday, she seems to recover from the loss and slowly begins returning to her everyday life. She knows herself to be a strong woman and believes she’ll be okay. But a part of her falls into a deep sleep as men and relationships vanish, and what’s more, she isn’t interested in reviving that aspect of her life. Fifteen years later, however, things have changed. Rey feels the time has come to emerge from her cocoon and investigate the possibility of romance once more. As she explores her options, men begin to notice her, and she feels ready to try again. But she’s in uncharted territory. It’s been more than thirty years since she’s been on a date, and she’s lost. The rules and language of the game have changed, and Rey faces the singles scene of the twenty-first century with the tools and information of a bygone era. But with the help of some friendly younger women who are familiar with dating dos and don’ts and are willing to help her out, Rey finds herself on an amazing journey toward a new life. Rey’s story is the story of single women who reached their golden years still feeling vitality and passion to live life to the fullest, as well as the importance of embracing new opportunities and experiences regradless of one’s age.

Elian Hen-Ninve was born and raised in Israel. She graduated from the Israel Government School of Tourism and became a certified tour guide and travel agent; she then worked in the travel industry for much of her adult life. She lived in South Africa for two years and in the United States for fifteen years. Her first book, Golden Age Dating, was originally published in Hebrew. She currently lives in Tel-Aviv, Israel.