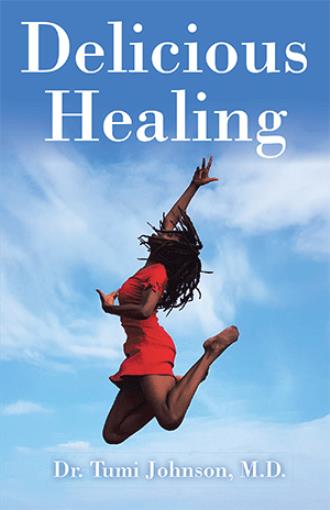 I was about 23 years old when the above happened. A near death experience is often described in hindsight by those who have gone through it, as a life changing occurrence. I feel no different. Maybe there is something about it that jolts one out of complacency. Something that makes one re-examine just what one is doing with one’s life when that life is returned to you after being a hair’s breath away from losing it. Especially when it is you that almost gave it away. I was about 23 years old, a young woman from a good family, doing well academically at a great medical school, with wonderful friends. When my sister brought me to the ER after my suicide attempt, the nurse took a look at my chart and then at my face and said “But honey, you’re too pretty to do something like this.” I had what seemed like everything going for me. But it’s a cliché for a reason: Looks can be deceiving. I was a physician-in-training in deep need of healing. Among my health issues were a life-long struggle with asthma, a more recent struggle with disordered eating that began around the time of the dissolution of my parent’s marriage, and depression that could put me in what felt like a haze, for days on end. I was a dancer who wasn’t dancing as much as she wanted, I was a daughter too frightened to speak her truth. I was a woman that felt disempowered in many realms of my life and who was experiencing a real disconnect between the life I desired and the life I felt I was barely living. At some point in that hospital bed, I made a pact with God. I looked out and saw a female resident physician making her evening rounds and I experienced a powerful clench in my mid-section. It was at that very moment, I understood how much I wanted to be a doctor. And so I prayed, “please let me live so I can be who I truly want to be.” I didn’t yet understand the power of those words and it took me years to unpack the tangle of dis-eases I listed above, to arrive here. And “here” is the other side of the suffering. And it is from here that I write to you and say that my renaissance, my “rebirth” began, as it often does, with a feeling of brokenness and utter powerlessness. But that space is a curious one, isn’t it? Because from there, all pretense and ego fall away, and you can lift up your truest prayer. And witness magic begin to occur. This book is the practical “breakdown” of that magic, the components of which were vital to my healing. They are the tools that I used and honed over the next several years to create and joyfully live my very best life, as I do now. They are the tools that I share with those I am privileged to work with. I share them here with you in the hopes that you feel empowered to create with greater ease, your most vibrant and healthy existence. May it be so.

Through poetry, dance, shared scientific evidence and one medical doctor’s personal story of overcoming disordered eating, depression, and other diseases, here is a testament that true lasting healing is possible. Whatever your health goal or challenge might be, this book provides the roadmap.

Dr. Tumi Johnson, M.D. is a physician, dancer, and poet. She is board certified in Internal Medicine, a diplomate of the American Board of Integrative Holistic Medicine, and became an Assistant Clinical Professor of Medicine at NYU in 2011. She has been a yoga practitioner for over 20 years and completed Yoga teacher training with Yogaworks in 2012. A graduate of the Institute of Integrative Nutrition, Dr. Johnson also has extensive nutrition expertise and served in West Africa as a Doctors Without Borders field doctor. Her holistic medical practice is focused on helping people identify the underlying causes of their health issues. She then uses her expertise to offer individualized holistic regimens that support people in achieving and sustaining their most vibrant well-being. Through her plant-based health plans, she has had many patients heal issues ranging from diabetes to hormonal imbalances to persistent weight challenges. As a dancer, Dr. Johnson creates and performs dance pieces crafted from original poetry, that are intended to help the healing process of those who witness the dance. Her dances have been performed in southern France, Haiti, West Africa, Asia, and throughout the U.S.