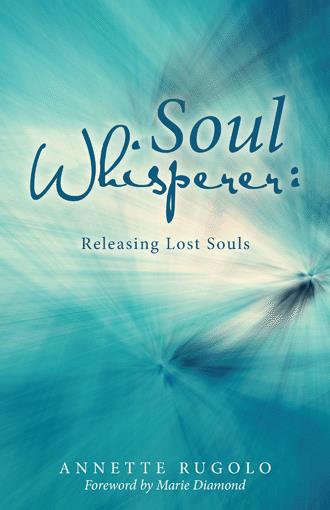 Chapter One
Help! There’s a Spirit in My House!

I had just purchased my own home in Fargo, North Dakota. The house was built in 1941 and was previously owned by just one couple the entire time. They were childless and had died 3 months apart from each other. Both were in their eighties when they died.

When I first looked at the house to buy it, the house was very dark. Heavy curtains covered the windows, the décor hearkened back to the 1960’s and 25- watt light bulbs kept it dimly lit.

When getting to know my new neighbors, I was told that the husband was a successful businessman and very thrifty, not wasting any money on non-essentials such as extra lighting. His wife had never worked and spent most of her time in the house. She had been an alcoholic for many years.

The house was well constructed and aside from some cosmetic changes, had turned out to be a great find. I was happy for my new purchase and began immediately updating it and making it my own. New light fixtures, a coat of paint and a hardwood floor totally changed the look and feel of the house. I loved it.

After living there for about eighteen months I had the unexpected experience of meeting the former owner. It happened one night as I was drifting off to sleep.

Have you ever experienced the space between wake and sleep? It is something that feels so real and at the same time outside of what is considered reality. I was in this space the night I met her. I ‘saw’ an elderly woman enter my bedroom. She started moving towards my husband but then saw that I was awake, changed her mind and began slowing coming to my side of the bed.

I was frozen in that moment, not being able to move or talk. She walked towards me with her right hand out in front of her and her index finger preparing to check me out.

I continued to stay frozen until she actually touched my arm, which triggered a blood curdling scream, waking my husband and most likely the neighbors, too.

As I screamed, she disappeared into thin air and was gone. I never saw her again while I lived there but everyone who visited knew she hung out in the basement. Whenever my family came to visit, they felt very uncomfortable going down there, making only quick trips when absolutely necessary.

At the time, I did not have the information and the tools I now have that would have helped her. I also didn’t understand much about spirits and why they continue to stay around after they pass. I had a lot to learn.

Spirits don’t always wait for someone to release them. Instead, they may travel to find a soul who is willing to help. I call these hitchhiker spirits as they will attach to someone and hitch a ride to where they want to go.

I have a grandson who will occasionally bring home a spirit that needs some help. His mother has learned how to recognize when this happens because her son’s personality changes. Her easy going, happy son becomes sad, angry or defiant as the emotional energy of the spirit who attaches to him takes over.

As I help the spirit release this energy, the story of why they got stuck comes to light.

One especially poignant experience happened when I was helping the spirit of a six-year-old boy who attached to my grandson. As I was helping him leave, I felt he was carrying a lot of anger in his energy field. The story unfolded to reveal what had happened right before he died. He had become angry with his dad and left the house on his bike. As he headed to a nearby park, he was hit by a car and died.
The anger he held towards his dad kept him from seeing the portal to leave. I helped him release the anger and also forgive his dad for being angry at him. Once this energy was cleared, he saw the portal, stepped into it and was greeted by the spirit of a grandparent.

The anger that was keeping the spirit from leaving had taken over my grandson’s emotions. Once the emotional energy and the spirit were released, he was able to be his own happy self again.

Not all hitchhiker spirits will affect the energy of the person carrying them. Some have resolved what kept them stuck and are just ready to leave. The challenge is simply to find someone who can help them.
My daughter and I had spent a week visiting my mom at the rehabilitation center and then drove back to Minneapolis. After my daughter left to go home, I started seeing a spirit out of the corner of my eye.

With all of my experience of releasing spirits, I questioned how a spirit could have entered my space. It took a few days to realize that a spirit from the rehab center had attached to my daughter. She must have dropped him off at my house so I could release him.

Upon realizing this was happening, I opened a portal and he immediately left. He didn’t need any help releasing the energy that had kept him stuck in the first place as he had released it already. He simply needed to find someone who knew how to open a portal.

This kind of experience happens to some people after learning how to release spirits. Their hearts are open and willing to assist. However, they are slightly unnerved by the experience the first couple of times until they realize that the spirits are finding them because they know how to help them. The feeling of knowing they are helping these spirits is immensely rewarding.

In her groundbreaking book, Soul Whisperer: Releasing Lost Souls, author Annette Rugolo presents a new perspective into the world of spirits, past lives, and soul retrieval. Through the sharing of her real-life experiences, she offers a glimpse into a world that exists around us, which few are open and willing to see. She presents an introduction to spirits of the deceased that remain in this world, how we encounter them, and how to help free them from being stuck here. Through her stories, Rugolo gives a clear sense of what these encounters are like, what we can learn from them, and how to recognize and deal with them if they happen. She also demonstrates the value of soul retrievals, freeing spirits, understanding karmic history, and other related subjects. Rugolo’s purpose and passion in life has been to take others from a place of fear to one of understanding and compassion for the souls trapped among us. In Soul Whisperer, she guides you to embrace both yourself and others as a soul who exists beyond the physical construct of our reality.

Annette Rugolo is respected worldwide as a transformation teacher, speaker, master dowser, and environmental healer. As a mentor and guide, Rugolo has been instrumental in helping people connect with other dimensions from a place of love, without fear or judgment. She lives in Minneapolis, Minnesota, with her husband, Tony. Together they have six children and eight grandchildren. Visit Rugolo online at www.AnnetteRugolo.com www.ReleasingLostSouls.com