A Book of Unfinished Parables 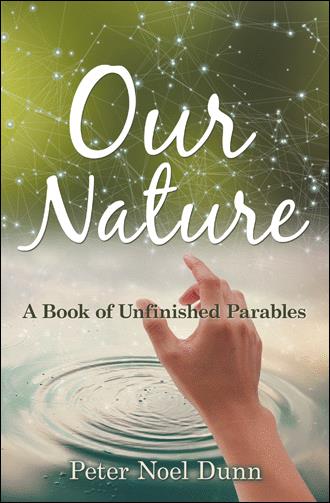 Camilo sits perfectly still, his head is slightly tilted back, as if straining to see through the crusty windowpane and beyond the smog that cloaks the slums of eastern Barranquilla. Somewhere beyond the brackish blue sky, the sun is rising on Gonawindua, the Holy Mountain, and San Pedro de la Sierra, his home.
His granddaughter Rocío is worried. There's no convincing the old man that he is better off here with his family to take care of him. But at this stage, after all these years of separation, she's grateful to have reconnected with him at all. He looks lost and frail, sitting in that old plastic folding chair, staring out the window like a captive. This place must feel like hell to him.
"There's coffee on the stove and some pan blandito for you if you're hungry. I'll be back for lunch. Go for a walk, taita, it'll do you good." She pecks Camilo on the cheek and steps out of the prefabricated house, looking back in through the window to wag a finger at him playfully and blow him a kiss before hurrying off to the bus stop.
After a minute or two, Camilo takes a deep breath and lets out a loud, weary sigh that cuts through the silent room. He raises his weathered hands to the light, examining them, and then begins rubbing his palms and stretching his fingers, getting the old joints warmed up in preparation for the day. His movements are sloth-like but deliberate, treating his hands like the delicate tools of a skilled craftsman. He gets up and shuffles to the far corner of the room where he keeps the duffle bag with his belongings and pulls out a neatly folded white pair of pants and a tunic. He changes into them, stuffing the old black and yellow Sporting Club soccer shirt and blue polyester pants in the trash bin. He slips on his sandals, straps on his mochila and steps out into the muddy street. It's about a mile to the small park across from the school. He wants to see the children one more time.
Camilo is unfazed by the squalor. To him poverty isn't a choice but misery is. The heaps of rotting garbage, the open sewage, the alcohol, the drugs, the abuse, and the violence are all symptoms of a failing culture, a culture that has lost its self-respect, a culture that kills its rivers and streams, poisons the air, and replaces forests with barren land.
He pauses when he gets to the block where the pavement begins and looks back into the maze of shanties and poorly built prefabs. The asphalt is a frontier between a twilight zone filled with excluded souls and the edges of the civilized world, where people are struggling not to fall off into the mud. Here, along the paved road life speeds up but not much more. The cinder block houses are painted in more sober colors and have small front lawns, tidy flowerbeds, and barking dogs behind their wrought iron fences. These are the far reaches of the bus routes, where his granddaughter rushes to every morning so that she can go and work as a servant to some patrona in the wealthy neighborhoods. But he is long past shaking his head - let alone his fist - at this crazy reality.
When he reaches the park, he heads away from the playground area towards an open space with a large plumeria tree covered in peach colored blossoms. He'll wait here, as he has done every Tuesday morning for the past three weeks, for his new friends to show up. At first they had paid no attention to the old man but then one day the teacher approached him to ask him about Jaguar myths. It turns out she was doing a class on traditional folk tales and Camilo was impressed that she knew to ask. He found that he enjoyed talking to her students but refused to come into the school, suggesting that they meet under the large plumeria instead. This would be his classroom.

Everyone loves a good a story. Just as we need music or dancing, we need stories. It’s universal. After all, humankind has been weaving tales for ages. Stories tell us about our origins, how life works, who we are, and what we share. Who doesn’t love sitting by a fire, listening to a good story? There, as our faces flicker in the firelight and silence quiets our souls, we are carried to that timeless realm of imagination and possibility which is such a fundamental part of our humanity. Storytelling is part of human nature. Author Peter Noel Dunn’s Our Nature: A Book of Unfinished Parables is a collection of stories with intent and hidden meanings. “The wonderful thing about parables is that they want you to participate. They require interpretation. That’s where the magic is. Since the parable involves you- the reader - more often than not, you become the storyteller.” Our Nature: A Book of Unfinished Parables is packed with engaging characters and a variety of stories that are masterfully handled. Dunn brings each scene to life, with your imagination a welcome participant.

Peter Noel Dunn is an experiential educator and a conservationist. He is the founder and president of La Lucena Foundation which spearheads groundbreaking projects in sustainable living and global citizenry in Latin America. He defines himself as an “obstinate optimist” inspired by thirty years of exploring nature with children. He believes we can do better. To learn more about Peter and his work visit: www.lalucena.org www.peterdunn.net