Stories of a Doctor in Subud 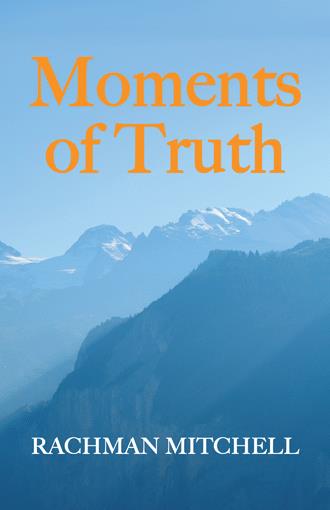 The Higher Self Outside the sun beats down on the portacabin, one of many grouped together to build a new city in the northeastern part of the Saudi Arabian desert. They house the many different nationalities that come here to work in order to support their families in their own countries. It is a lonely and hard life. Many have to work in temperatures up to fifty degrees centigrade. They are mostly Koreans, Filipinos, Indians and Pakistanis with a sprinkling of other Arabs such as Palestinians, Lebanese and Yemenis. They are brought in at midday for lunch but all they want is to lie down after swallowing their meal in about three minutes. Most of them suffer indigestion. The desert extends far into the distance. Gunfire is occasionally heard when the wind blows from the north. It is Iraqis firing on Iranians. A bloody and useless war, but the reason for all those building this military city. Its purpose is to guard against that crazy Saddam Hussein, who may want to impose his idea of how Arab society should be onto the Kingdom of Saudi Arabia. This city is called King Khalid Military City. The desert, although sparse of any vegetation, does hold some inhabitants. These are the Bedouin. They may appear poor and lowly but they certainly do not bear themselves like that. Their homes are made of goat hair and give good shade, strung from a straight horizontal bar about a metre and a quarter up, and extending back to enclose a carpet, bedding rolls and cooking utensils. Nothing much has changed since the Prophet Abraham wandered through here some 4 to 5 thousand years ago, except for a gas bottle and a pick up truck. They occasionally bring their children to the medical clinic where the first priority is a complete scrub down, to remove every possible kind of pathogen, before a doctor sees them. The social life of staff and workers is limited mainly to conversation at meal times, which in the evenings may extend for a few hours, where stories and jokes are exchanged. I am one of the doctors and one Friday I am sitting on the bed in my portacabin. I am sorry for myself and bemoaning my fate. Two years ago I was leading a fulfilling life. Medical Director of a large clinic in Jakarta looking after 165 different companies and organizations with a reputation as a reliable and trustworthy doctor. I was physician to my spiritual guide. I was Vice-Chair of a Yayasan (Foundation) for the poor and street people of Jakarta, working with a Dutch friar, a nun and a group of friends with different skills. I had my own home with wife and children around him. I thought I was happy. In fact I am sure I was happy, although I lived with a sword of Damocles hanging over me. I knew that I could be sent out of the country at any time for offending the sensibilities of my Indonesian specialist colleagues, to whom he no longer referred patients. Then the sword fell. I was given twenty-four hours to leave Indonesia. My family of six children still needed to be educated and looked after - hence my presence in this desert outpost. As I sat there I noticed something happening to me in my solar plexus. A slow vibration moving backwards and forwards in the pit of my stomach, moving to my chest. This vibration was accompanied by a silence, which became deeper and deeper as it penetrated my whole being, cleansing all feeling of self-pity and the thoughts that accompanied it. Slowly this sacred silence expanded, as it deepened and included my chest and then my head and brain. It then moved further out until I felt surrounded by a large Being. This Being knew everything about me, my faults, my mistakes, my arrogance in pretending to know and understand what I did not, my fears, my cowardice, my foolhardiness. Despite all this, this Being loved me with a depth and width that I had no knowledge of before. Moreover I knew that this Being had always been there, beside me, above me, below me, all my life and before. So who was He, She, It? The question hung there. My spirtual guide Muhammad Subuh? No. Jesus Christ? No. My own soul, my own Higher Self? Yes, probably. I then remembered what Bapak had said to Rohana and me, as we gathered together in his study, before we left our home in Wisma Subud in 1982. To Rohana who was grieving about leaving Bapak’s home and his protection he said, “This is your home and you will return.” To me he said, “You can do latihan at the North Pole or the South Pole or anywhere in the world.” At last, in this isolated desert outpost, I was coming to understand the full meaning of what Bapak said to me. Such experiences come to people. It does not change them in a flash; it marks a passage in life, a newer reality, as a more authentic version of themselves emerges. Living with everything you want is OK. But living without everything you want, is also OK. Maybe the awareness and guidance of one’s own soul, that just arises or descends on a person out of the blue, is the most OK of all.

When Rachman Mitchell was twenty-three years old, something happened that changed him forever and set him on a path of inner and outer adventure. He received an experience called the latihan, which gave a contact with his soul. Around the latihan grew an organization called Subud, which is spread across the world. Bapak was the bringer of the latihan. Rachman, Rohana, and their children went to live near him in Indonesia, and Rachman became his doctor. This book relates stories along the way to getting to Indonesia, being there with Bapak and facing challenges of adapting to the world again after returning to the West. Rachman provides an inside view of what life was like in the early days in Jakarta when very personal contact with Bapak was possible. His work as a doctor in Indonesia and elsewhere is an important theme and illustrates the development of a talent and a vocation over a long lifetime. These are stories about a man learning how to live, the mistakes he makes, and the joys and calamities that are visited upon him and how he learns to become more tolerant, more understanding, and more compassionate, less inclined to judgement. They are a blend of intimate reminiscence and fireside chat, being told with humility and humor.

Rachman Mitchell grew up in England and trained to be a doctor. He was a spiritual seeker and discovered the latihan of Subud in his twenties. He was present when its founder, Bapak, bought this spiritual way to the West. Rachman married Rohana and they took their growing family to live in Indonesia, to be close to Bapak. After 15 years Rachman was forced to leave Indonesia and went to work in various countries to support his family. He and Rohana eventually settled in Perth, Western Australia. Rachman loves river swimming, classical music and corresponding with friends all over the world. He is a proud father, grandfather and great-grandfather of many descendants scattered around the globe.