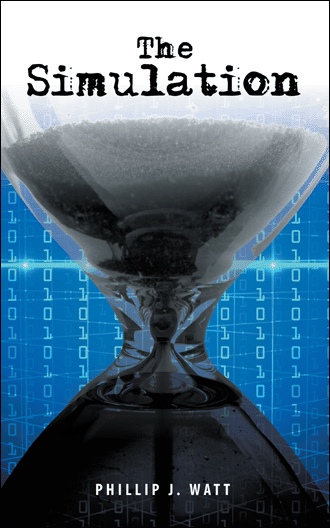 Before Simon could answer, Gary’s spiralling consciousness crystallised around fifty metres ahead of them. It was the exact same tree that he examined when he was in Buzz’s body. “I love climbing trees”, Gary said through Simon’s voice box. “I want to climb that tree”, he continued, whilst pointing at it. “Do we have time?”, Gerald directed to Sophia. “Another fifteen minutes won’t hurt”, sanctioned Sophia. “Yes!”, said Simon, excitedly. “Awesome”, Gary said to himself. “Fuck being all down and sad, if I’m dead, I’m going to make the most of this”. At that moment Gary decided to see if he could take control of Simon’s body. He let go of his parents’ hands and starting running towards the tree. “Wow, this is just amazing”, he thought. As he approached the tree he pondered on the realisation that he was in the same park – the same playground – as two of his other experiences. “Is it a metaphor for life?”, he questioned to himself. “We’re all playing in a playground of experience?” He immediately recognised the park bench that Buzz and Warwick were previously sitting at. He had come from basically the opposite direction, which is why he hadn’t noticed a rope ladder on the base of the tree. At about a height of four metres the branches begun, with little space between each higher tier of limbs. Gary grabbed the ladder and almost flew up it, like he was a possum going home to nest. He reached the first branch, flung himself up and looked down towards Mum and Dad. “Don’t go too high”, Gerald ordered. ‘The Gary/Simon show’ looked up and was taken aback at how high it reached. It was an entangled web of branches and foliage that made for very easy climbing. He began the ascent like he was a professional at it, hopping and skipping in a fluent motion. As he reached a particular limb he noticed that there was an army of small ants carrying what seemed to be remnants of a piece of bread. He finessed around them without disturbing them, and continued his mount. “BE THE TREE!”, the voice returned, almost with a vengeance. Gary continued to climb as he thought about what this meant. He began to focus on the texture of the tree on his hands, which filled him with an energetic sensation that ran up his spine. “Dad’s going to get a coffee, Simon. I’ll be sitting on that bench”, Sophia yelled, interrupting Gary’s concentration. “Okay Mum”, Simon responded, without input from Gary. Gary redirected his attention back to the combination of smoothness and coarseness of the bark. As he moved his hands to different limbs, a fine papery dust floated in the air around him. He thought back to his original thoughts, when he was Buzz. “What were the main points? ‘Flowers’, ‘balance’, ‘birds’, ‘roots’, ‘natural’ and ‘mystical’?” These were the keywords that stuck out in his memory. “So the smooth and rough dichotomy of the bark must represent duality. But it’s connected too. It is the one thing. The tree. The flowers might represent beauty, or attraction. Actually, it probably represents growth too because they turn into fruit and contain the seed. So they symbolise rebirth as well.” Gary continued climbing, making sure that he was out of sight of his mother. “Okay, balance. Would that mean duality too? Or maybe harmony? The entire structure of the tree is mathematically ordered. It illustrates geometric principles. It’s like it’s saying that it’s designed according to the laws of nature.” Gary was around fifteen metres above the ground at this stage. “So birds, or animals?”, he pondered. “That’s got to mean interconnection, right? I mean, if it wasn’t for the birds and the bees…” Gary interrupted himself, momentarily thinking about his sex session with Elle. “Birds and bees. Birds and bees”, he re-interrupted himself, trying to refocus. “If it wasn’t for them it would be very difficult for it to reproduce. Well, it couldn’t, if it wasn’t self-pollinating. But even if it could, the seeds might drop next to the tree, but that would drown itself out. So it needs animals to survive. The bees spread its pollen, igniting the creation of the fruit and seed. Then birds and other animals eat the fruit, spreading it away from the tree itself. Then there’s animals that eat other animals, so if a tree gets infested with one species that could be harmful to it, other animals come in to balance it out.” “SIMON?”, investigated Sophia. “Yeah, I’m here Mum”, responded Simon, not Gary. “So it’s not just interconnection, but interdependence. The tree needs the animals and animals need the tree. It’s a beautiful, symbiotic relationship”, thought Gary, with increasing reverence. “Now to the roots. They enter the earth, the soil, and gain sustenance from it. It grounds the tree. It keeps it stable and able to survive. The roots also go deep into the earth and absorb water”. “And nutrients”, said the eerie voice. “Oh shit, you can hear me? Who are you?”, interrogated Gary. He didn’t receive a response. “Nutrients, hey?”, he said to both himself and the mystery voice. “Okay, so from what I understand soil is alive with an abundance of life. Well, it should be anyway. Fuck the industrial agriculture model, relying on synthetic fertilisers for their monoculture crops which ensures so much of our soil is devoid of life”. Gary momentarily laughed at his inner activist who was emerging because of this entire experience. “These microorganisms or microbes play an important role, especially in providing all the right ingredients for the plants, which in turn provide all the right nutrients for us when we eat them. So once again life supports life. These organisms in the soil decompose organic matter and plants get nutrients and minerals from this process”. “Keep digging”, said the voice again. “Nice pun”, Gary reacted cheekily.

Gary and Elle are out late, attempting to maintain their sense of youth. On their way back to the hotel after some drinking and dancing, they decide to stop at a game store to test out the latest virtual reality technology. Gary and Elle enter ‘Meet Your Master’ to have a little innocent fun, but it all goes wrong when Gary’s consciousness gets lost in the game. As he navigates through various perspectives of people he doesn’t know, he becomes more and more confused about what is actually happening to him. Is he stuck in a game or lost in a dream? Or has he died back in the game shop? Gary’s journey takes him through alternative pasts, presents, and futures. Some are fun, and others walk him to the edge of his sanity. Yet as challenging as the experience is for him, he soon realises he is learning, healing, and growing in incredible ways. But as he gets closer to finding out the ultimate truth, he is forced to confront who he really is and his entire conception of reality.

PHILLIP J. WATT lives in Australia. He has written extensively in areas from spirituality to societal growth, as well as self-development. Through his essays and presentations he has reached millions of people with information regarding the nature of reality, including what it means to be truly free and how to take exceptional care of our health. Phillip has a degree in Social Science and Philosophy and has been trained extensively in health services. His background is in policy and program development, as well as assisting adults, children and families as a mentor, relationship mediator and health and life guide.