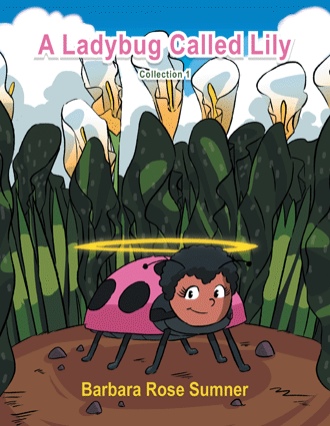 Lily was known as a very special ladybug among all of the creatures in and around the garden where she lived. It was not only because of the circle of light that surrounded her entire body, but also because of her beautiful singing voice. Whenever Lily was singing, the birds and other insects would pause to listen. The melody of her songs was uplifting and seem to bring joy to all. None of the other ladybugs displayed any vocal talents, and most of them appeared to lack the courage to even attempt to sing, except for one. One sunny morning, this special ladybug made her unintentional singing debut. Three young robins were perched in a magnolia tree when they heard someone singing. “What is that awful noise?” The first robin inquired. “It’s coming from that patch of pink geraniums,” replied the second robin. “Let’s get closer.” The third robin insisted. They flew closer and landed on a tree branch above the pink geraniums. It was Jenny, the ladybug whose family had recently moved into the garden. “Hey! What are you doing down there?” The first robin flew over and around Jenny. She was frightened and thought she would be gobbled up, but she soon realized that she was in no danger. Jenny looked at them intently and proudly proclaimed, “I am singing one of my favorite songs!” Then the second robin joined the first robin and together, they flew over and around her. “What? You call that singing?” “You don’t like my singing?” Her response was meek and barely a whisper. All three robins were now flying over and around her. “No!!!” They yelled altogether and abruptly flew away. At that moment, Lily was strolling nearby and spotted the robins overhead. Their wild laughter echoed throughout the garden. “I wonder what’s going on?” The sound of laughter was soon overshadowed by the sound of someone sobbing. “Who’s there?” Lily called out. No one responded. She scurried along in the direction of the pink geranium patch. The sobbing had become louder when she saw Jenny. “Jenny! It’s me, Lily.” Jenny wiped away her tears as Lily approached her. “What’s wrong Jenny? Why are you crying?” “I’m just feeling sad. That’s all.” “Why?” Lily calmly inquired. “Well…” Jenny hesitated. “I was minding my own business, singing one of my favorite songs, when these three robins started teasing me about how awful I sounded.” “What! That’s really mean! I know your feelings are hurt Jenny,” Lily tried to console her, “but you shouldn’t let anyone upset you about your singing.” Jenny seem to perk up. “I guess I’m a little too sensitive,” she stated softly. “Everyone knows how much I love to sing.” Lily politely interjected. “Singing makes me feel happy!” A big smile adorned Lily’s face as her halo glowed a bright white. “Really?” Jenny gleefully responded. “Sure!” Lily was as excited as Jenny. “What’s your favorite song? Let me hear you sing it.” “Do you want me to sing for you right now?” Before Jenny had hardly taken her next breath, she began to sing out the lyrics with an alarming intensity. She sang as loud as she could. Her vocal range was up and down, too high and then too low. With each screeching note, Lily’s halo became dimmer. She resisted the urge to interrupt Jenny after deciding that would be impolite. What Lily thought would be a beautiful melody was instead a tune that was terribly off-key. Jenny’s final note was almost too much to bare. It seemed to go on forever. “How was that?” Jenny took a deep breath as she eagerly waited for Lily to comment. “Well Jenny.” Lily paused briefly. “I like the song, but…” “You didn’t like my singing?” Jenny interrupted. “Well, as I was about to say…” Lily paused briefly again. I would like to help you improve your singing, if that’s okay. Lily chose her words carefully to avoid hurting Jenny’s feelings. “Oh yes, Lily! I would love for you to help me! When can we start?” Lily was surprised by Jenny’s eager response. “If you have time, we can start now. Can you come over to my garden? It’s my dinner time, but I’d love it if you can come for dinner.” Then Lily added, “I hope you like sunbaked aphids.” “Yes, I do! They’re my favorite! I need to check in with my mom first and then I will be right over. Jenny began singing her favorite song again as she happily skipped away. Lily took a deep breath, smiled, and blinked her beautiful eyelashes. A bright glow was all around her.

Readers should enjoy this collection of colorful tales about Lily, an extraordinary ladybug. Her story begins in a beautiful garden of calla lilies. On the day that Lily was hatched, the glow that surrounded her has left some in her garden community speechless. Everyone would soon realize that there was something amazing about her. All the little ladybugs love to frolic about the beautiful gardens with Lily. Meanwhile, all the birds in the garden community love to chatter about Lily, and they were especially eager to let all the newcomers in the garden know all about Lily: her unusual trait, her helpful spirit, and her lovely singing voice. There’s never a dull moment in this ladybug’s life. A Ladybug Called Lily highlights this character’s special trait and some of her daily encounters which are usually fanciful, but sometimes daring.

Barbara Rose Sumner, a lifelong storyteller, embraced her love of writing over fifty years ago. Her first piece of writing, a poem entitled, "I Strive for Fame", was published in her elementary school newspaper. This writer brings a wealth of ideas to her writing that she acquired from her childhood experiences growing up in Chicago, as well as her interactions with children during her thirty-seven years of teaching and her treasured experiences as the visiting storyteller to her three loving grandchildren. All of these experiences have been immeasurably valuable in helping this writer find her unique voice as an empathetic storyteller who can effectively relate to the varied social and emotional domains of her characters.