Follow One Girl’s Journey with Christ from Wilderness to Wholeness 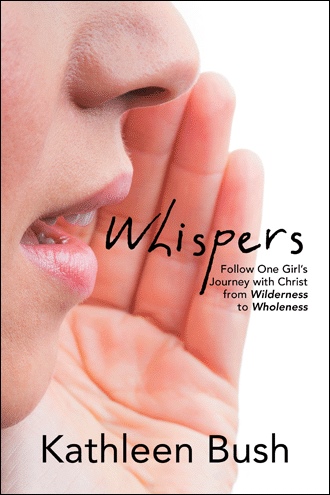 It was a perfect Kenyan morning, in all its possible glory under the African sky. Iridescent blue studded with fluffy white clouds motivated twelve-year-old Kathleen as quietly she got herself dressed and ready. I most certainly did not want to wake my mother or nosy little sister, for then all my plans would come to nothing. Thankfully my father had already left for his golf club and wouldn’t be home for hours. I hugged myself with delight and just knew that today everything would go right, this adventure had waited long enough to be put into action. Our houseman, Chumbe never worked on Sundays. Mum cooked our meals so he had at least one full day to himself, not that he worried me, I could always wrap Chumbe round my little finger. Chumbe would never have tried to stop me. He knew the little memsahib always got to succeed, once she set her mind to something. Chumbe was born of the Kikuyu African tribe had served with my father in World War Two, in the Kings African Rifles, and refused to leave him once the war ended. Thus Chumbe became Dad’s ‘houseboy’ which automatically morphed into being part of the family once Dad married and now he looked after us all with great loving pride and patience. Chumbe was more like a grandfather figure to me and would praise me occasionally, yet also discipline me very vocally when he thought I deserved it. He spoke in a quaint mix of English and Swahili, which usually left me giggling. My giggles only made him sterner and he would say even funnier things. Now on the other hand my mother, who had no patience with me, would have screeched and waved her arms, threatening me with “wait ‘til your father gets home. Yes, well I would be safely back home by the time he dragged himself from the Golf Club bar. Although I was considered tall for my age, I was not able to reach very high up in the larder without making some noise, yet had managed to score a slice of bread from the bread bin on the middle shelf and scraped jam from the fridge onto the slice, with my finger. This went down easily with some water from the boiled- water jug in the fridge. Breakfast over, I licked my fingers clean and made sure I had a clean handkerchief, and then quietly left from the backdoor. Jack, my sweet Alsatian sat up eager for play. I rubbed his ears and told him to keep quiet. His eyes looked mournful, no walk then or play even, those soulful eyes pleaded? Sorry Jack, not this time. You must stay and be quiet. On Guard! Always the obedient ex police dog, Jack would sit straight up on his haunches taking his guard dog stance. He knew how to obey an order, unlike my little sister who had to be the most contrary person in my world. Yes, of course I remembered all the times my parents had sternly instructed that I was not to walk anywhere alone. That I had to stay within the confines of our garden! Goodness, the ‘Mau Mau’ had been over several years before; besides I usually took Jack with me on my past excursions. During the week when not at school, I had to get out exploring. Nairobi offered so many exciting possibilities for me. I was used to walking long distances along the Queen Elizabeth Highway lined with its elegant regal Jacaranda trees and rainbow colours of the bougainvillea bushes. Two miles was easy walking distance for me. I had often walked to the Nairobi Museum with its tantalizing displays of Dr. Leakey’s finds of early human fossils. These had been found in Olduvai Gorge on the edge of the Serengeti Plains. I spent hours happily lost in my imagination, trying to picture early humanity fighting for survival in this beautiful, yet harsh land. This was my home and I had that childlike innocence that no one would ever harm me, perhaps my ignorance helped in my protection? Harm would be done to me but not herein Africa. Harm waited far away across oceans, in years to come. This day I had picked a different adventure. No, that is not true in the least. I had not picked this one; it felt as though something was drawing me towards a mysterious end goal. It seemed I had been selected. For the last few Sundays as I awoke, in the pit of my stomach I felt a strange, fizzy feeling of mystery awaiting discovery. The what of the discovery, always eluded me and left me feeling as though I had failed some sort of test or quest? The ‘where’ was easily identified as the Anglican Cathedral in Nairobi, almost one mile from where we lived. No, I could not explain with any more detail. Back then, I just knew this was where I had to go. Nothing like this had ever happened to me before! I must explain how my mother on the rare occasions she would talk about her childhood, had told us her family back in Great Britain had been members of the Congregational Church of Wales. I never saw any evidence of her being religious; in fact she never went to church even at Christmas and Easter or took us children to Sunday School. My father never tired of telling me he was an atheist, because of his wartime experiences of humanity’s cruel excesses

My intention as I began to consider writing my life story was to inspire others who, like me, were not raised with any belief in a deity or religion yet had a faint sense of a power beyond our humanity. I hope to encourage others to persevere and never give up no matter what circumstances you face. If we seek, we shall find. If we ask, we shall be given. If we knock, the door will be opened. I had to travel a long way to learn this for myself. God doesn’t promise us an easy ride, for we learn through suffering and find our strength and courage increases. My world as I grew up was not privileged, it was very ordinary, and yet I had many extraordinary adventures and experiences. Read my story for yourself, and maybe you will recognize something of yourself within the pages.

This is the author’s first book; a frank and honest account as she unfolds her life journey towards a faith in God that leads her to become ordained as a minister. Her life begins without any prior knowledge of the Divine and her career starts in aviation. Her journey is not without pain and adversity but she perseveres in the hope of finding God and she is not disappointed. Part of her travels bring her to work within the British Prison Service where her courage, strength and integrity are honed and tested. Today, she is a Parish Rector with the Anglican Church of Canada, having been first ordained into the Church of England in 1993. Her abiding interest in science and psychology led her to attain her Bachelor’s followed by a Master’s degree in Science, majoring in Psychology. She lives with her husband in Canada, enjoying any excuse to travel the world where ever her family await to be visited.