Living in the Light

True and Amazing Stories of Angel Encounters and Miracles 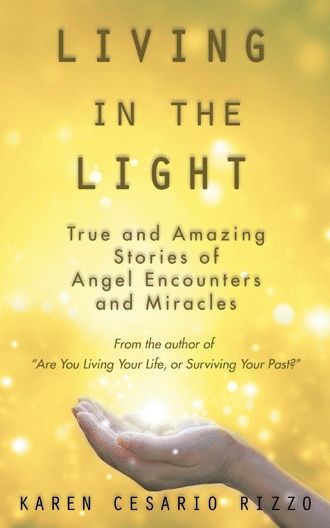 Chapter 2 School is in Session As I said, I had no idea how many spirits were in this house, but then, again, I like to say I was in school, and they were my teachers. The bell rang every day and every night, and school was in session. I don’t really mean bells rang, or even the doorbell rang, but I do know they were chit-chatting all the time, day or night. Here’s the thing about energy, which I DID NOT KNOW before, but I know now! Energy is everywhere. Everything is made of energy. Furniture can hold in energy. You can pick up energy from furniture. That’s why antique stores are typically described as haunted. We can take in all types of energy, including high energy or low energy. Since I didn’t know the difference at the time, and I’m an empath, I took in EVERYTHING. So, what do you think settles in a house that has been empty for two years? Anything and everything. So naturally, I was all over the place. Highs and LOWs. High highs and LOW LOWs. Joyful at times, crying my eyes out the next day. I had no idea what was going on. Most if not all empty houses have sprits in them, of course. A lot of times its low energy, sometimes lost souls that settle in empty dwellings. So that’s what I was feeling. An entire household full of spirits from who knows how long ago. I began to casually ask around the neighborhood. I found out that a man that used to live across the street died from cancer, and his partner committed suicide not long afterwards. I’m sure they were both visiting me. I felt such sadness. Also, Spirits are attached to the land. I know I was visited by many Spirits from the 1800’s. Add in our Spirit Guides and Angels, as we didn’t know how to differentiate one from another, and the house was literally bursting at the seams with energy!!! So much was happening in this house, I knew I had so much to learn. Chapter 8 The House on Cottonwood Drive – Part Duex Not long after I received my Reiki Certifications and I began attending Psychic Development Classes, I began to try to sort out classes/teachers from Spirits just hanging out around us, especially in this house. Although even the ones just hanging out, they were amazing! They taught me so much!! Plus now that I was developing, more Spirits would find us! Gina wasn’t too happy about that, the fact that all these Spirits were inviting other Spirits, but I loved it. I loved being the hostess to so many! Sounds crazy, huh? Eventually, On Wednesday nights I would attend Pam’s class, then I had so many Spirits to not just try things out on, but learn from! I believe that’s how I developed so quickly, I just had so many around me all the time! They knew I wasn’t afraid, and eager to learn, as they were eager to chat and teach me! I began to really believe in my abilities, and I knew I definitely wasn’t imagining any of this. I’d go to bed at night--actually, I would feel a gentle pull into my room at night. I’d shut the door and viola, class was in session. It was AMAZING. Pam’s first husband, Gary, who had passed away, had visited me and gave me a message for Pam, as did Nora’s mother! Pam taught me how to pray and protect myself, which is so important when visited by so many. I began to learn more and more about Angels and Archangels and their role in our lives. The visitors continued to show up, but now I was a bit more armed with protection, and not just letting anyone into our home. It was like a parade of Spirits, all eager to talk and show me things. One after another, until I fell asleep. Even then, they would sing to me, over and over again. At times I couldn’t sleep at all. I would literally beg them to let me sleep, but at the same time I loved communicating with them, and I loved that they trusted communicating with me. It was like an adventure every night, meeting new “souls.” Some of the best experiences I’ve ever had as a Medium were in the house on Cottonwood Drive. I didn’t know I could turn it off, and ask them to leave me alone, but at the time I didn’t care, didn’t want to turn it off. I loved it. This house was 3 bedroom. I gave Gina the master bedroom w/attached bath, cause that’s me, I’m a mom. I wanted her to be comfortable. She got all set up, bedding, etc., the room looked so cute, but quickly she knew she couldn’t stay in the room. So one night when Gina went to sleep by her girlfriend, I slept in her room. Big bed, new bedding, it was lovely. That night I tried my best to sleep. Oh, boy. I thought I had a lot of spirits in my room, there were so many more in Gina’s room. I didn’t want to tell her, as I didn’t want to scare her. One time Gina came down with strep throat and had a pretty high fever. That night she asked if she could sleep with me, in my room. As I began my nightly communication with the Spirits in my room, and the hundreds of sparkling lights over my bed, Gina quickly fell asleep. My eyes were directed immediately to the SPARKLING LIGHTS OVER GINA. If I had 100, Gina had 1,000. If I had 1,000, Gina had 10,000,000. I couldn’t believe my eyes. I felt it best not to tell her at the time, but I finally did, after we moved out of the house on Cottonwood Drive. We had no idea what was coming. Someone wanted us to move. 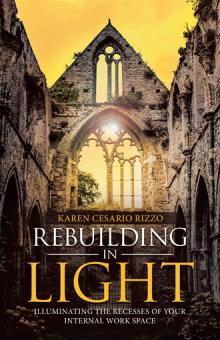 Having experienced pain and trauma as a child, I brought that fear into my adult life. I know it was a choice; I didn’t know any better. In 2011, I began an amazing and miraculous journey of healing that was guided by angels. I began experiencing miracles. I was led to move from Chicago to Orlando where I was introduced to many teachers, both on this side and the other side. In late 2014, I released my first book chronicling the healing that enabled me to move forward. My first book ends in my moving to Florida. This is the continued story of my journey. The stories in this book are all true. They are a small compilation of Angel encounters and miracles I’ve experienced since I began living my life in light and truth. We all have dark periods in our lives. It is my belief that this is our own choice. Sometimes we need the darkness, that place we retreat to, so we may recognize the warmth of the light when it shines upon us. It is in that light, God’s light, that I live now, no matter what challenges I face. If you are in a situation that does not serve your highest good, step out of that darkness and into the light. Love awaits you in the light.

Karen Cesario Rizzo has been communicating with angels since she was a young girl. After many years she made the decision to allow love and forgiveness to lead her. Karen’s successful first book, “Are You Living Your Life or Surviving Your Past”, continues to help many heal from their past, and find joy in their lives. Her book is highly respected at Counseling and Wellness Centers. Karen is a Healer, Medium, Reiki Practitioner, Spiritual Coach, sought after public speaker, and writes a successful blog, “On Eagles Wings”. Contact Karen through her website: www.karencesariorizzo.com