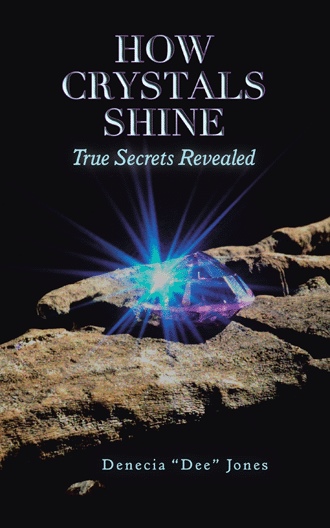 Have you ever felt a mystical, supernatural pull from crystals or gemstones? Have you ever felt a desire to be healed in a way that earthly methods cannot provide? Are you fascinated by the great power of crystals but baffled by how to enter their world? Let Denecia Jones, an experienced physical, spiritual, and financial healer, take you on an exciting journey through lives that have been touched by crystals' otherworldly energies; and learn how to access that energy yourself!

Learn about
—crystals and gemstones through history,
—the many uses and powers of crystals and gems,
—the story of Denecia's own crystal journey,
—male and female perspectives on crystal power,
—true stories of crystal healing and life success,
—what science knows about crystals' incredible abilities, and
—Denecia's own hopes and dreams for your crystal future!

Denecia “Dee” Jones is a native of Los Angeles, where she has honed her craft over the last twenty years as a financial and wellness strategist. With all levels of businesses in mind, her national financial wellness firm creates business operational solutions that combine physical and financial wellness for her clients. Her dream is to assist more companies in creating a healthier, happier, and financially abundant environment for the long-term. Denecia is a Certified Hatha Yoga Instructor, a Crystal Reiki Master, and she has a gift for teaching others how to heal not only their bodies but their lives by using the incredible healing powers of crystals. Her debut book How Crystals Shine: True Secrets Revealed is available now from the Hay House Publishing division of Balboa Press. Denecia lives in Los Angeles with her cat in their South Bay Beach Villa. During her spare time, she enjoys hiking, the arts, travel, and salsa dancing.