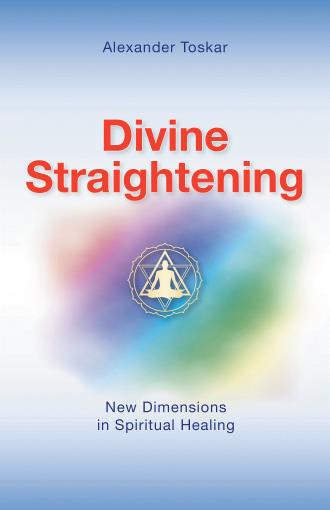 Free Preview The Future: ‘Medica mente’ A healing method, which restricts itself to intervening solely in the part of the body where illness has become visible, is not founded on a sound premise, since such an intervention will not release the rest of the organism from the dysfunctions, which also afflict it. Divine Straightening incorporates the whole human being; it uplifts the spirit, purifies the soul and attunes it with the universe, allowing every part of the body to benefit from the ‘New Order.’ Through this power of divine Love, an Alchemy of human transformation will come about. It is true to say that we are composed of matter; but only true in part. The rest of our makeup is divine. There would be very little place for chronic illnesses if ‘Medica mente’ - its original meaning being ‘Healing through the Spirit’ - were to become a primary form of healthcare, along with conventional medicine. The World Health Organization (WHO) defines health as ‘a condition of physical, mental, and sociological wellbeing.’ This condition can be fully achieved by Divine Straightening as it restores the body-soul-spirit connection, allowing human beings to find themselves once more in inner harmony and in tune with God. Even in ancient times, knowledge about spiritual healing had begun to be lost, something which grieved Socrates : ‘If so very few physicians succeed in healing, it is because they forget that human beings are not only body but also soul, something about which they know little.’ There is more to human beings than can be seen or touched. Modern medical science, however, is still concerned almost exclusively with the physical body. Any true understanding of the causes of disease eludes them, because they overlook the soul. If the whole is sick, it is not possible to cure just one part. If disease is treated only from the outside, the outward symptom can be removed, but the root of disease remains. With this in mind, it becomes clear why many methods of healing and medicine must inevitably fail. Over the years, many people have lost the ability to take responsibility for the state of their own health. They therefore expect their symptoms to disappear merely because they visit a doctor. For as long as they have not understood the message, however, their symptoms will always reappear. That which is healed indirectly by orthodox medicine, spirit heals directly. It is beyond any doubt that disease is both triggered and healed by Spirit. Spirit is capable of producing curative chemical elements. Medicine works primarily on the body and places less emphasis on the soul, while the Spirit focuses on the soul and through it affects the body. Health is quite rightly described as ‘our greatest asset.’ It is a gift, something good: God-given and willed by God. Health is a manifestation of the unity of body and soul, the synchrony of our inner and outer selves. It is harmony with the laws of life and with the universal stream of life, deep within us and nourished by Love. Paracelsus recognised the physical body simply as one amongst all the bodies, the others being largely invisible to the average observer. However, those who through diligent work on themselves - the work of inner transformation - are able to experience divine illumination, divine fire; and who are able to see the world and human beings with other eyes, “in the light of nature”; those people alone are suited to becoming physicians. I wish that more doctors would introduce their patients to exercises and the rules of the law of life, so that they could use them to instil balance and harmony within themselves. This would enable even patients who are very ill to use the precious time remaining to them for useful activities, rather than engaging in self-destructive habits. When the life of someone who is ill hangs in the balance, it is not the right time to preach to them to change their lifestyle. The essential thing is to engage in meaningful activity, because nothing is without its consequence, if not in the physical world then at least in the mental and spiritual worlds. The extent to which Spirit heals is entirely individual. There are various healing processes which are impossible to predict scientifically, but which nevertheless do occur - not only in Lourdes and other holy sites but also, more specifically, at our healing centres. Thousands of people with a wide range of physical, mental and psychological symptoms, including many who have exhausted every conventional medical treatment, have received help through the freeing-up and realignment of the spine. All this is achieved without manipulation or touching the body, solely through the power of cosmic intelligence. This help, previously inaccessible to humanity, is given because God wills it. Divine Straightening is hence the most important medicine for all the people of this earth. It opens people’s hearts, so that they come to recognise the genuine, eternal truth, which will result in an enormous transformation of world opinion, belief systems and health care. 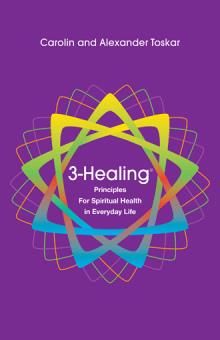 Within these pages, you will discover a unique masterpiece on the laws of spiritual healing and a wonderful guide to securing your own bodily and spiritual health. In this book, Alexander presents his valuable work for the first time, along with the principles and laws of spiritual realignment. In a fascinating way, the close connection between human consciousness and the body becomes clear. Spiritual realignment thus incorporates the whole human being, in its trinity of body, soul, and spirit. With illuminating examples, he maps the flow of healing energies through the body and explains how cosmic life force is distributed throughout the human energy fields via the chakras. Alexander Toskar clearly illustrates the corresponding insights that the great mystics and healers of East and West had into these phenomena. This book contains spiritual exercises for everyday life to support your own journey of self-healing.

About the Author Alexander Toskar has been engaged in various spiritual traditions and forms of spiritual healing since early childhood. He continues his father’s healing work, which he presents in writing for the first time in this book. He gives healing treatments and delivers lectures worldwide. Alexander and Carolin together lead spiritual centres in Germany, where they dedicate themselves to setting people on their path to health and contentment. Through regular trips they make this wonderful healing work accessible to a wide public. Information on events can be found here: www.toskarhealing.com