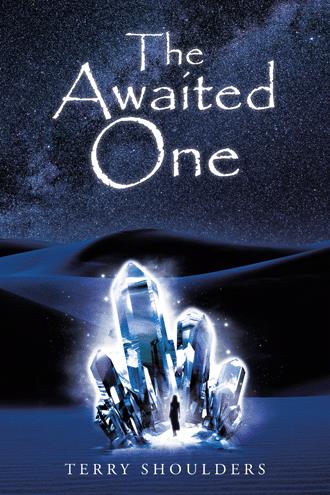 THE EMERALD EMPRESS VISITS A BLACK WIDOW Forgive my intrusion, gentlemen... They were half out of their seats, and preparing to make their way back to the Control Tower when the aberration began to manifest before them. The men gathered on the Black Widow froze momentarily in place, unable to fathom just what was occurring before them. It began as twinkling starlites within a mist. Slowly, the Emerald Empress of Topaz, materialized _ awash in this constantly moving mist of tiny twinkling starlites of blue, white and magenta colors. The starlites moved in slow motion encompassing her completely. It was extraordinary _ it was other worldly!! What was unfolding before their eyes was spellbinding. It was one of controlled mastery _ including knowledge, power and technical advances certainly beyond their understanding. Only in their imagination could they have conjured up this scenario. When the vision within the mist presented itself to them, they could see it was that of a woman. She was totally captivating _ radiating sovereignty, command, and beauty! All they could do at this moment was to look on in awe. Their immediate feeling was that the vision meant no threat to them, but they could not comprehend just what was occurring, or why. Peering through the mist and starlites, the Empress, smiled softly, but remained silent for a few moments, studying the men, who were waiting, and wondering. The Empress was unlike anyone or anything they had ever encountered! FinnJonko judged her height to be around six feet. Tall for a woman Being, he thought. And, he realized, she is of a coloration I am not aware of. It is evident she is formidable, he continued thinking, but at the same time, she appears compassionate. “Incredible,” he uttered under his breath, to his father. No one said a word. In fact, they were speechless. To a man their hearts were pounding in awe and anticipation _ and bewilderment. When the Emerald Empress spoke _ it was eloquently, resiliently, and forthright. They could, but listen. “Forgive my intrusion gentlemen, and the unusual dramatic fashion in which I join you _ unannounced. But, at times, there are times, when time is of the essence _ and gentlemen, let me assure you, we are all here at this time, with a common purpose.” Slightly bowing her head, she gestured to them, saying,“If I may, I now choose to answer the curiosities which you must all be wondering and speculating about _ as to who I am, what am I _ and why am I here.”

It is called Prismacia, a planet inundated with gigantic crystals exploding from the lands, black deserts, and seas. Its galactic heaven, Crystola, is unrivaled within the known universe. Neptuna, a city beneath the Sea of the Forgotten Place is a sanctuary for rebirth and healing and has been awaiting The Awaited One for thousands of years. King Luxxor, Queen Liluuc, and all Neptunians live in a protective bubble, the Dome of Life, with hope that in their lifetime the wait will be fulfilled. On the surface of Prismacia is the HighPriestess XennaOne of the Voice of One. Young, strong, and wise, she is a woman in touch with abolishing antiquated laws of past eras and is curious of her own path in life. There are the Initiates of Brightness and their wisdom path journey. There is BucchaSim, JunnaOne, Drexl, Pantheon, LesterJonko, and the evil emperor CodL of the Rogue Empire … and there is Poona! … A vital secret is hidden here!

This is my first novel so I write in innocence, with no preconceived idea of proper composition. I want my novel to be from me and my imagination … not another’s idea of correct writing style. At times italics and calligraphy have been utilized to emphasize thoughts and emotions. There are many stories within ‘The Awaited One.’ There are many unknowns and discoveries. My characters are distinctive and expressive, filled with joy, sadness, and humor. You will discover another reality … one you may wish to enter. If so … enter at your own desire!