The Magic in Me 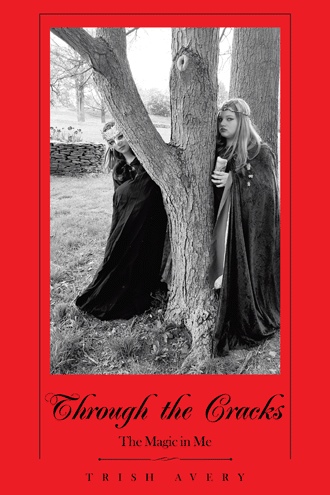 Locked Away, Never Alone I was taken away from my mother and separated from my siblings at a young age due to my mother’s abuse, neglect, and inability to care for me and my siblings. It was in the 1960” s, I was almost 4 years old and life with my mother did not seem to affect me much. I came into this world not as an infant but with some type of knowing and ability to survive. I was not like other kids, when I fell and scraped my knee, I did not cry and run to mommy to kiss it and make it feel better. I got up brushed it off, shrug my shoulders and moved on. I did not have much for toys, I am sure I had some but do not remember any, so I used my imagination and created my own toys. Many people that came around thought I was strange. I was too smart for my age and would just watch them like I was waiting for them to do something, it made them feel uncomfortable. I did not trust with ease and was fully aware that there were good people and bad people. At times, I would carefully touch people, by doing so I would know if I did not like them. If I did not I would gather up my siblings and hide in a safe place I knew all too well. The Closet. My mother and the strangers would laugh at me thinking I was just a strange little girl that was spooked by strangers, but I was not fearful of much. For as long as I could remember my mother locking us in the closet when she left to go to the bar and often forget about us when she got home because she was drunk and would pass out. My other siblings were afraid but I was not, to me the Closet was like a magical room and a safe place. When I wanted to see, what was happening outside of the closet I would close my eyes and be still. I would see myself outside my body and I would rise up outside of the closet and watch and listen to what was happening and go back and tell my sisters. I had the ability to astral travel, I called it my super power. I did not know what it was that I was doing till later on in my life. I was astral traveling. Astral traveling is easier for a young child, especially a child before the age of 5. A child does not fully ground into earthly body until the age of 5 when upon entering school they are taught to use reasoning and logic and they start using the left side of the brain and are mainstreamed into other ways of thinking. They are guided and taught earthly human values. They start to forget who they are and how they became human. Their vibrations start to slow down. The natural abilities they were born with start to fade. I was not mainstreamed; my mother was not the domestic motherly type. She had a disturbed childhood being brought up by family members since she was 13 years old in a life full of abuse and alcohol. In her adult life she had other children taken away by the children and youth service from neglect and abuse. So, raising children was not a skill my mother had and honestly, we were just a burden. I often wonder how I managed to survive at such a young age. My siblings were older than me but I was the older soul, I took care of them. I was almost four when I was taken away from my mother. I remembered that day like it was yesterday. Although my mother had no domestic skills I still felt comfortable and safe there it was the one place I knew. I had never been beyond that house and what made it worse was I was separated from my siblings and I needed them and they needed me. It was 30 years before I was able to see one of them again and the trauma left her with handicaps but still in a glimpse of a moment she remembered our closet. My other sibling I never saw again or my mother.

Trish was born knowing who she was at a young age. She came to this world with abilities all of us who are born into this world have but, due to free will, we are mainstreamed and soon forget these abilities. Trish slipped through the cracks, and she carried her abilities through life. They were her means of survival. The touch of one’s hand told her if she could trust someone. Astral traveling gave her the escape, and speaking with spirits gave her the comfort of friends. As she journeys from foster home to foster home, she soon finds that she is different in a world full of labels. Her story takes you on a journey of self-discovery and a fight to be who she is through pain, rejection, drama, death, judgment, and even love. As this true story unfolds, it teaches us that being different and embracing our true self has rewards beyond imaginable.

Trish Avery (Pennsylvania) An Intuitive Reader and Medium Since childhood. She has helped many people find their life’s path. She has held the hand of the dying helping them through a peaceful transition to the Afterlife and comforted grieving loved ones with messages from beyond our earthly realm. Leaving all to know that our loved ones are here and live on and their Love is everlasting.