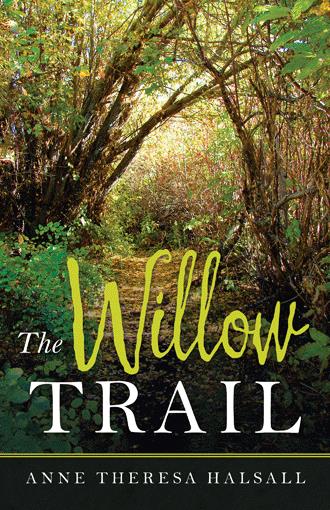 Molly winced. “Don’t tease me. I think I’m doing great. I’m not nearly as frightened as I was when I first started going to the Island.” “Yeah,” said Ethan slowly. “I guess so. Anyway, last night when you went, was it summer or fall?” “I don’t know,” snapped Molly. “It’s always dark when I’m there.” She felt mixed up about the whole thing—about the dreams and the connection with her waking life. It was all too scary. The rain stopped, but the friends didn’t notice and carried on walking under the umbrella. A lot of extraordinary things were happening, and whether or not they admitted it, both were relieved they were in this together. “So you think when we dream we go to places that truly exist, but are in a parallel universe, right?” asked Molly. “But how can my body be in bed at home, wearing pyjamas, and on the Willow Trail, fully dressed? Or maybe I’m not in my bed when I’m on the Trail . . .” She took a big breath, “Oh, I don’t know. This is too weird.” They paused while Molly tied up her trailing shoelace. “We’ve both seen what we think are the same creatures in our dreams,” she said. “And we both think we’ve traveled to the same Trail on the same Island. So we must have gone to the same place in separate dreams at separate times.” “Do you realize,” said Ethan slowly, “that if parallel universes do exist and you and I have traveled to the same one . . .” He paused. “Think of the possibilities. I wonder how many worlds are out there?” They carried on in silence under the umbrella—still no rain. “And another thing,” he went on, “I find it interesting that we were the same age in another dimension as here. At least I was, were you?” Molly stopped abruptly. Ethan, unaware that she was no longer by his side, continued walking, not noticing the clump of her long hair being dragged into the ribs of the umbrella. “Ow—stop!” She glowered at him and began picking carefully at the black tangle. “Yes, I was the same age. But if that theory you mentioned about there being no such thing as time is true, then I imagine we would be the same age on the Island as here. If we exist in parallel worlds, then everything is happening right now. So it wouldn’t matter which dimension we were in, we’d be the same age as we are here.” “Or there,” laughed Ethan. Molly frowned, and gave her hair a yank. “Ouch. I wonder if we could get to a world where we’re old? Or do we have to wait until we get old here on Earth?” She frowned again. “Although, if there’s no such thing as time, maybe we don’t even need to get old. Maybe we get old because we think we’re supposed to.” She sighed. “Or maybe that’s too far-fetched.”

As Ethan travels between dimensions during his dreams, it doesn’t take him long to realize that he’s not just dreaming. He is journeying to a mysterious Island in another world. Ethan convinces his anxious friend, Molly, to join him. As they explore the Island, Quimzie, the Guardian of the Willow Trail, leads them to discover worlds inside trees, under deep water, and high up in mountainous caves full of secrets and sorrow. Watch as Molly and Ethan experiment with creating their own reality, with the help of faeries, mermaids, dolphins, dragons, and one stubborn, but not unteachable, librarian. Will the friends be brave enough to fulfill their quest? A story of love versus fear, The Willow Trail keeps the reader wondering what’s around their own next corner.