The Most Unlikely Champion

by Vera Koo & With Justin Pahl 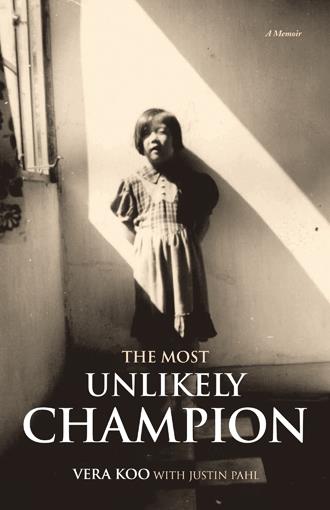 I’ve always liked being alone on the shooting range. When I started shooting in my late 40s, I usually shot by myself because I didn’t have any opportunities to shoot with other people. Shooters looked at me – a slender, middle-aged, Chinese-American woman – and couldn’t believe I was a shooter, too. Maybe they didn’t know how to approach me. Whatever the reason, I got used to shooting alone.

After years of shooting on my own, I wouldn’t want to change now. I like to stick with what works. Some shooters view range time as an opportunity to socialize. Me? I’m there to focus on my practice. With nothing to distract me, I can achieve that rare form of perfect concentration, the kind that all competitors know well. My solitude is my strength.

I’m a woman who has spent her life in cultures dominated by men. I know talent and luck aren’t enough to get what you want in this world. You’ve got to work harder than everyone else, too. Whenever I feel like quitting, I think back to one of my first shooting mentors, Jim O’Young. If I ever complained or said, “This is hard,” Jim would look at me and ask: “Do you want to quit, or do you want to keep going?” And I never quit.

It wasn’t at all strange, then, that I was alone at the range on a cold, damp afternoon in mid-April. If most shooters don’t like shooting alone, they really don’t like shooting in the rain. Maybe I don’t necessarily like it, either, but I also understand you can’t choose the weather. If you plan to be a shooter for a long time, you have to accept that you’re going to end up shooting in all kinds of weather. If you’re only prepared to shoot in the sun, you’re going to have a lot of problems when it rains or gets cold. I once shot in a competition where it was 25 degrees. You have to prepare to be comfortable in any environment. Rain is just another variable a shooter has to prepare for – and if you prepare for it, you can master it.

Normally, I practice shooting near my home in California, but every March, my schedule changes. May is when the Bianchi Cup, one of the NRA’s most prestigious action pistol shooting championships, is contested in Columbia, Missouri. As a competition that values precision over speed or flair, it’s become my best competition over the years. By 2013, I’d won the Bianchi Cup women’s championship a record eight times, including six in a row in the mid-2000s. I was also a two-time women’s gold medal winner at the World Championships and had won four team gold medals at the World Action Pistol Championships.

These victories might not have been surprising if I’d grown up around guns, but I’d grown up a traditional Chinese girl in Hong Kong. I was an art major in college and devoted most of my life to being a supportive wife, mother, and business partner. I didn’t touch a gun until my 40s and didn’t start sport shooting seriously until my life was shaken to its very core. I’ve probably been the most unlikely pistol champion in America.

Leading up to the 2013 Bianchi Cup, I hadn’t been in the right mental place to shoot my best. I was distracted, and my preparation slipped. I don’t mean that I hadn’t been winning, although I hadn’t. To me, competing isn’t about beating the other shooters. It’s about performing at my absolute best under the circumstances. I hadn’t done that during the last few Bianchi Cups. But following a strong run of competitions at the end of 2012, I was confident I would be at my best again for the 2013 Bianchi Cup – even though I was 66, and most of the top female competitors were younger than my daughters.

My longevity in the sport has something to do with the shooter’s ability to focus and to tolerate discomfort and hardship. In fact, the best shooters thrive on those things. We’re at our happiest when we’re pushed beyond our normal comfort zones. Standing in the rain for long hours, your hands aching from firing nearly a thousand rounds a day, isn’t what most people would consider fun, but it’s when I’m most focused.

Other events in the world also had put my training in perspective. A few days earlier, the Boston Marathon bombing had occurred. The images horrified me, just as the stories of heroism deeply moved me. I couldn’t stop reading about the men and women who had rushed to the fore at a time of need to help their fellow citizens. Their heroism was on my mind as I wrapped up my afternoon of shooting. I felt good about my preparations and inspired by my fellow countrymen. This was going to be a better year of competition for me; I could feel it.

As I wrapped up, I moved across the range to throw away one of the targets.
This required stepping over a high rope, which marked the boundary between the shooting area and a path leading to the garbage cans. It was the kind of thing I’d done countless times while on the range – dozens of times during this practice trip alone. It was such a simple motion that I don’t think I gave it any thought. As a girl, I was shy and petite, but after I married my husband, Carlos, at the age of 23, I’d become quite the athlete. Whether it’s snow or water skiing, horseback riding, windsurfing, or sport shooting, I’m always on the move. I never thought that crossing a high rope on the range would change my life.

It was shocking, then, when I felt myself falling forward. Part of my boot caught on the rope. As I hit the cold, wet ground, I felt a searing pain shoot through my right leg.

Vera Koo enrolled in a firearm safety course because she was afraid of guns. Goals are important to Vera, so she set hers high, completing the beginner's course, and eventually becoming the best shooter in her advanced class. Her instructor suggested she reach for an even higher goal with competitive shooting. And she did. With unflinching focus and determination, Vera became one of the most accomplished shooters ever. At age 70, she’s an eight-time women’s division winner of the prestigious Bianchi Cup Action Pistol Championship. She’s the first woman to place in the Top 20 in the Bianchi Cup competition.

Vera’s story is more than that of a petite Asian woman becoming a top competitor in the male-dominated sport shooting world. It’s the story of a Chinese immigrant, raised in a traditional Chinese culture, where women deferred to their husbands and kept to their socio-economic class, succeeded in America. Vera is a successful businesswoman, accomplished athlete, and a loving wife and mother. It was never an ‘either or’ for Vera, it’s about meeting life’s challenges head-on with dogged persistence, grace, humility—and humor.

With faith in herself and God, Vera has survived unexpected tragedies, tremendous hurt, and betrayal. And yet, her story is about hope, love, compassion, and forgiveness. Through all the twists and turns in her life, Vera shows us how the same grit that made her a world class athlete, helped her find joy.

“Search for something you’re good at,” Vera says, "and it will take you far.”

By the age of 70, Vera Koo was both a national and world titleholder in the sport of Action Pistol Shooting. Vera was the first and only woman in the history of the NRA’s Bianchi Cup to win eight National Women’s titles. She’s won two World titles, and was the first woman to place in the overall top 20 at the NRA Bianchi Cup, in 2001. Born and raised in Hong Kong, Vera’s family immigrated to San Francisco when she was 12 years old. She and her husband, Carlos, have a successful business and are the proud parents of three children. Prior to retiring from sport shooting just 6 months before turning 72, Vera competed in the regular Women’s category, as well as the Senior/Super Senior category, in which she competed against only male shooters. As one of the elite female athletes in the growing sport, Vera enjoyed mentoring young shooters as she continued to compete at the highest level. Follow her website, www.verakoo.com, for updates about her career, her blog, and her appearances. The Most Unlikely Champion is her first book.